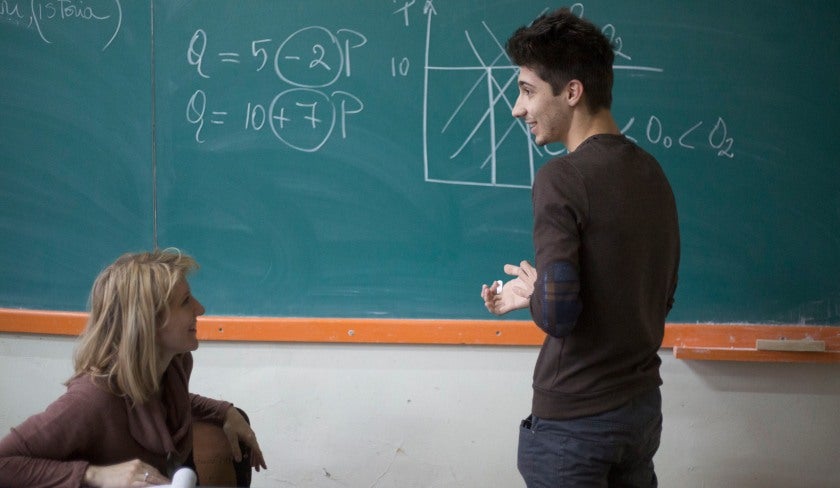 Robots may not be taking all our jobs, but they are changing profoundly the way we work. Take the European Union (EU), where jobs are increasingly about “non-routine cognitive” and “interpersonal” tasks which require workers to think creatively, solve problems and collaborate with others. Labor market transformation in the EU can be summed up by the number 15: the intensity of non-routine cognitive tasks in EU jobs has increased by 15 percent over the last 15 years, while the prevalence of manual tasks has declined by 15 percent. This is producing a growing divide in employment and earnings across the EU: While high-skill workers are thriving, low-skill workers are losing out. It has never been more important to invest in people and provide every worker with sound foundational skills.

And yet, many young people in Europe fail to acquire even basic proficiency in reading and mathematics – the foundational cognitive skills needed for the new jobs and for successful lifelong learning. On average, more than 20 percent of 15-year-olds struggled with basic reading and mathematics in the Program for International Student Assessment (PISA) in 2015 (see figure 1 for data on mathematics, yellow bars). The picture varies significantly across the EU, with only 10 percent of poor mathematics performers in Estonia and 40 percent and more in Romania and Bulgaria.

Socio-economic disadvantage is a key determinant of poor skills. Across the EU, at 47 percent, the share of poor performers in mathematics among the poorest quintile students is double the average. In some countries, the picture is even starker (see red dots in figure 1), with 60 percent and more of the poorest students failing to acquire basic mathematics competencies in Bulgaria, Slovak Republic, Hungary, Austria, Romania and Greece. 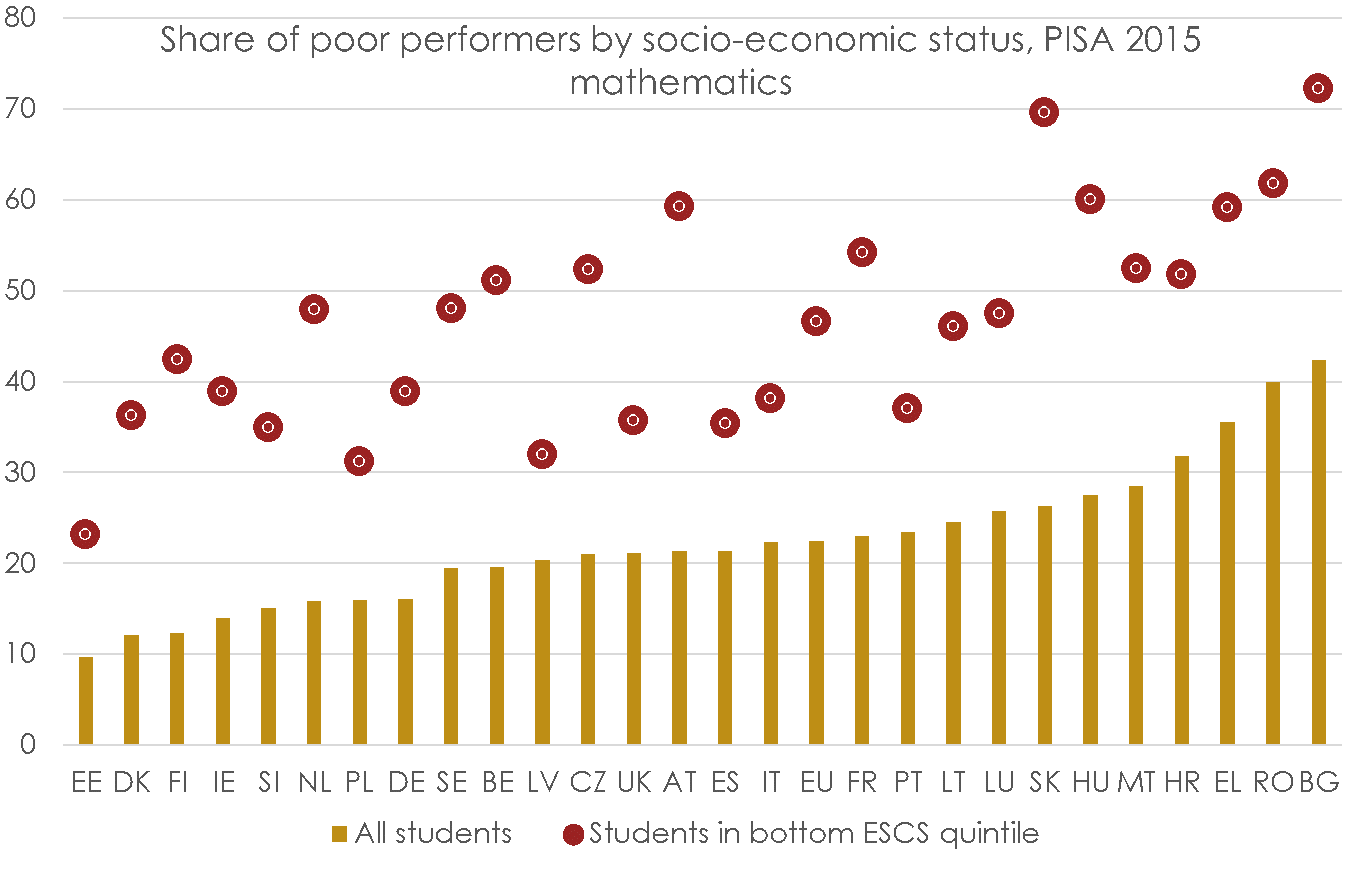 What’s worse, the gaps in some countries have been widening recently, including in countries with a strong prior record of equity in education. Take Finland or the Netherlands, where the share of poor performers among bottom quintile students was 12 and 14 percent respectively in 2000 – only slightly above the national average. But by 2015, the numbers had jumped to 42 and 48 percent respectively. For Finland, that figure amounted to its own “PISA shock”. Finland’s education system, with its much-admired comprehensive school, had for a long time succeeded in balancing excellence and equity. So what happened?

Finland’s youth spends less time reading than before and more time on computers and smart phones. In 2000, only about 20 percent of Finish students reported not reading at all outside school time. By 2015, the figure had jumped to almost 40 percent (and 60 percent among boys), amid a generally declining trust and interest in the learning process among students. More specifically, time for reading declined most significantly among boys in the poorest socio-economic quintile. The argument is that parents in poorer, more disadvantaged families, including a growing share of migrant and single parent households, find it harder to navigate their children’s use of technology and to safeguard time for reading.

Given the importance of family circumstances, schools alone are unlikely to deliver equal opportunities in education. Instead, schools need to operate in sync with social services to promote child well-being. This can come in several ways. Finland convened a national, multi-stakeholder process to investigate the causes of the recent PISA results and agree on a shared course of action across different strands of government. In the “delivering equality of opportunity in schools” (DEIS) model in Ireland, schools designate teachers to perform community outreach and engage with parents. In the Netherlands, 28 municipalities have launched “equal opportunities alliances” where local authorities, schools, NGOs and local businesses come together to find solutions for better support to disadvantaged students. Bulgaria and Romania are also piloting approaches to develop closer collaboration between schools and social services to identify out-of-school children.

What does it take to achieve greater alignment between education and social services? First, integrated child-focused service delivery starts with greater institutional, policy and regulatory alignment between the education and social services, as they are typically organized separately at the local level. Second, a strong integrating role of the social worker is key. Here Europe can benefit from the experience of social worker-focused integration models, more common in Latin America, such as the example of Chile Solidario. Recent innovations in EU guaranteed minimum income social assistance programs, such as Italy’s Reddito di Inclusione (Inclusion Income) are increasingly emphasizing social inclusion through greater use of social workers and promotion of access to an integrated set of services, such as health, education and other social services. Third, technology is making a difference in many countries. Shared social registries can facilitate case management to ensure that education and social services are operating in tandem to meet the needs of individuals, families or households. Process automation can free up social workers’ time for direct client support. Robots are indeed changing many jobs, including those of teachers and social workers.