Bangladesh: Building resilience in the eye of the storm (Part 2/3) 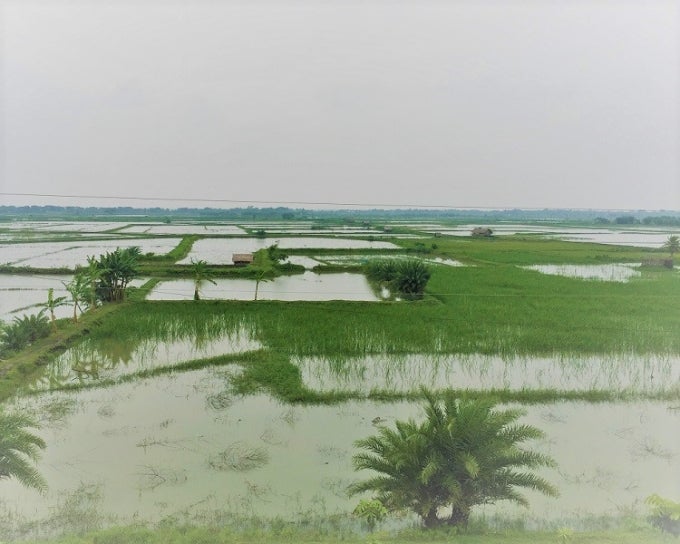 This is the second of a three-part series, "Resilience in the of the Eye of the Storm," on how Bangladesh has become a leader in coastal resilience.

With a population of 160 million, Bangladesh is situated at the epicenter of some of the deadliest cyclones the world has ever experienced. Catastrophic events are the norm rather than the exception. A severe tropical cyclone can strike every 3 years and 25% of the land floods annually.

The network of the mighty Ganges-Brahmaputra-Meghna rivers makes its meandering journey through the delta into the Bay of Bengal forming the coast of Bangladesh.

The jagged coastline of Bangladesh spans hundreds of miles and is subject to multiple challenges: 62% of the coastal land has an elevation of up to 3 meters and 83% is up to 5 meters above sea level. These low-lying areas are highly vulnerable to natural hazards.

Earlier this year, I got a chance to see first-hand the challenges that this demanding landscape had brought onto the communities of a remote coastal village. What struck me most when speaking to members of this coastal community was their courage and resilience. Aware that a calamity can hit anytime, they struggle to protect their livelihoods affected by saltwater intrusion, and their own lives which are increasingly at risk due to rising sea levels, and exposure to more frequent and devastating storms and cyclones.

By 2050, the coastal population is projected to grow to 61 million people, whose livelihoods will increasingly be at risk due to the impact of climate change.

Triggered by climate change, seawater inundation could become a major problem for traditional agriculture. According to the Intergovernmental Panel on Climate Change Fifth Assessment Report (2014), climate-related declines in food productivity will impact livelihoods and exports and increase poverty. In Bangladesh, it is estimated that these factors would cause a net increase in poverty of 15% by 2030.

To mitigate against such risks, the government has been investing in strengthening the resilience of the coastal zone. Over the years, Bangladesh has become an example of how protective coastal infrastructure, together with social mobilization and community-based early warning systems, is helping to build resilience. 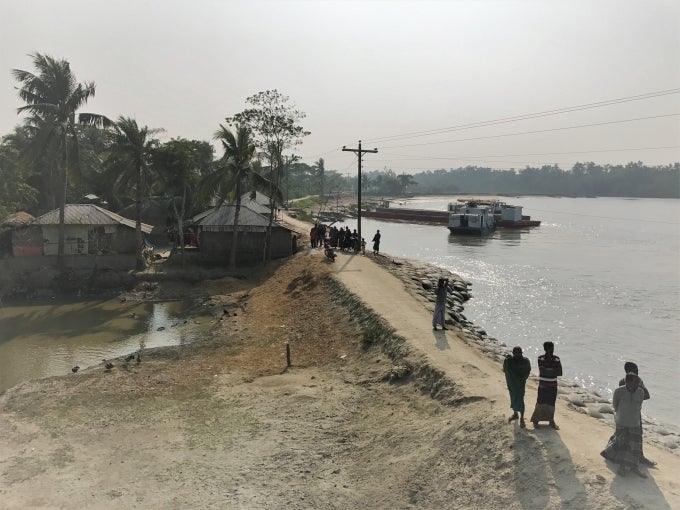 Initiatives began in the 1960s when the coastal embankment system – known as polders – was first set up. This was done to protect communities and farmlands from flooding and saltwater intrusion associated with higher tide levels. Since then, the government has supported coastal populations by expanding areas protected in polders.

The World Bank helped the government through successive programs, such as Emergency 2007 Cyclone Recovery and Restoration Project (ECRRP) and Coastal Embankment Improvement Project, phase 1 (CEIP I) to repair and rehablitate embankments, and rebuild the accompanying drainage infrastructure. Design standards have now incorporated storm surges and climate changes scenarios which were not part of the initial design of the coastal embankments.

Implementing such investments is far from easy. The remote locations and the geographic dispersal of the work across a vast and poorly connected landscape - along with the resulting difficulty of coordination, equipment mobilization, labor, and management - all reflect the enormity of the challenge ahead.

So far, these investments have helped protect the lives and assets of those living within polder boundaries. The community will also benefit from better crop yields, which will increase food security and create jobs.

Yet, the job is far from done. Many more polders and drainage infrastructure need to be rehabilitated and millions more coastal residents need to be protected. Most importantly, strenghtening coastal resilience must be done in an inclusive and sustainable manner.

Bangladesh serves as a global example of how people are adapting to local hazards and climate change, in some of the most vulnerable and remote places on earth. As a signatory to the Sendai Framework for Disaster Risk Reduction 2015-2030, Bangladesh has committed to investing in risk reduction, strengthening resilience, and building back better.

As I looked over the crest of the embankment towards the paddy fields, I thought that it may not be too long before the next storm hits. But then, the community’s livelihoods will be ready and better protected.

ECRRP, CEIP Phase I, and MDSP are projects financed by the World Bank—with grant support from the Global Facility for Disaster Reduction and Recovery (GFDRR), the Bangladesh Climate Change Resilience Fund, and the Pilot Program for Climate Resilience—aim to increase the resiliency of vulnerable communities to future disasters and achieve the twin goals of boosting shared prosperity and eradicating extreme poverty.