Floods, cyclones, drought, and other extreme weather are increasingly common in Bangladesh, which is ranked as one of the 10 countries in the world most vulnerable to warming temperatures.  More than half of Bangladesh is five meters or less above sea level.

Earlier this year, the Bangladesh Meteorology Department and Department of Agriculture Extension began offering timely, short, and specific weather forecasts tailored for farmers in each of the nation’s 64 districts.

The biggest crops grown in Bangladesh are three types of rice, wheat, and potatoes. Crops such as jute, mangoes, chickpeas, and groundnuts are also produced.

Growers access the forecasts in several ways. About 30,000 farmers — including more than 7,000 women — receive text messages or messages via a mobile app.

Others stop by a local agriculture extension office and use either an electronic kiosk or an old-fashioned display board to view the latest three-day forecast. Information is also available online.

The forecasts are especially valuable because they include specific guidance farmers can use to maximize crop production.

Floods, cyclones, drought, and other extreme weather are increasingly common in Bangladesh- it is among the 10 countries in the world most vulnerable to warming temperatures.

For example, a September 29 forecast for the Bagerhat District noted: “Since there is a possibility of getting low to moderate rainfall in the coming five days, it is advised to repair the bunds [embankments] in the aman paddy fields to conserve rainwater.” Aman is a type of rice typically planted in mid-July and harvested in November or December.

“Farmers like to see messages about what to do with their crops in times of natural disasters and how they can reduce production costs ,” said Dr. Mazharul Aziz, director of the farmer forecast project at Bangladesh’s Department of Agricultural Extension.

On April 30, as Cyclone Fani approached Bangladesh, a special advisory warned farmers to prepare for heavy rain of up to 10 centimeters, strong winds, and to immediately harvest boro rice if it was at least 80 percent mature.

Growers of other crops were advised to use stakes or bamboo to support young plants, and to delay applying fertilizers and pesticides that would be washed away by the rain. 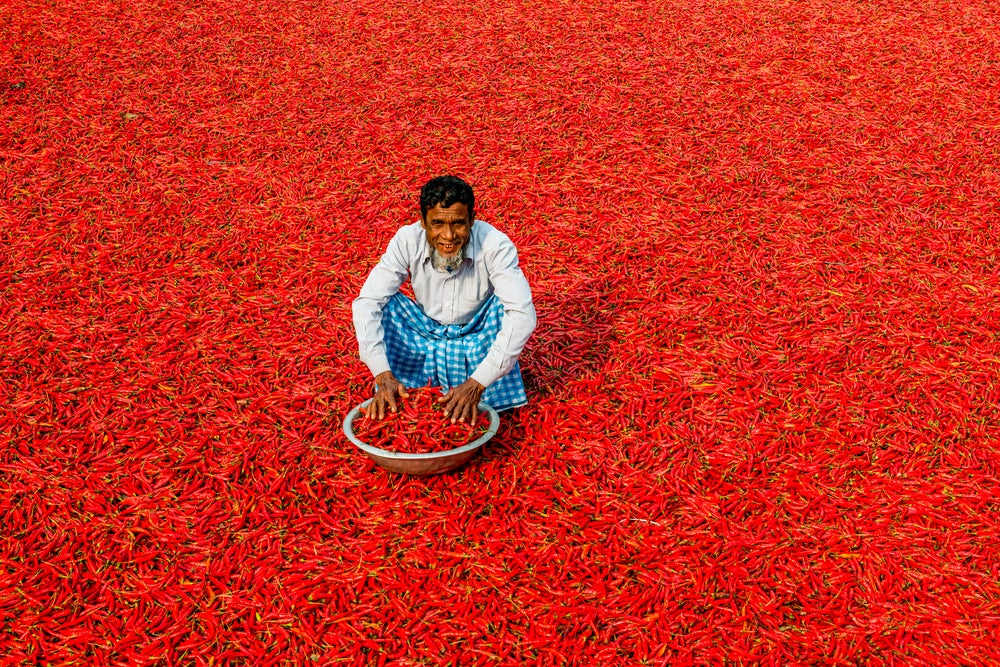 Cyclone Fani prompted authorities in Bangladesh and India to move more than a million people out of the storm’s expected path and into shelters.

The deadly cyclone caused an estimated $8 billion in damages in both countries.

The forecasts customized for farmers are part of a $113 million Bangladesh Weather and Climate Services Regional Project supported by the World Bank and other partners, such as the South Asia Water Initiative.

The project installed relatively inexpensive weather stations in 400 locations throughout Bangladesh to collect data about rainfall, wind, and temperature. Meteorologists were trained to analyze the data and prepare forecasts with an agricultural perspective.

Farmers were invited to training sessions to learn about the new weather services available.

Aziz said a major challenge is demonstrating to farmers that the weather forecasts are based on the best available data and can be trusted . “At present, we are trying to build the reliability of our forecasts with farmers,” Aziz said.

“Climate services will help the farming community reduce disaster risks in the short term and with climate change adaptation in the long run ,” he added.

Similar projects to modernize national weather services and provide early warnings of natural disasters are under way in Bhutan and Nepal and recently approved in Pakistan.

Heads of National Hydrological and Meteorological Services agencies and many user sector representatives, including Dr. Aziz, from all countries of the South Asia region, along with a number of technical experts and development partners will explore ways to improve collaboration when they meet during Nov. 19-21 at the second annual South Asia Hydromet Forum, so that such services can be delivered across the region.