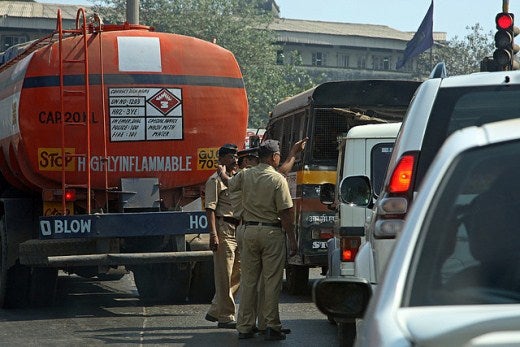 Political stability is by no means the norm in human history. Democratic regimes, like all political regimes, are fragile. Irrespective of political regimes, if a country does not need to worry about conflicts and radical changes of regimes, the people can concentrate on working, saving, and investing. The recent empirical literature on corruption has identified a long list of variables that correlate significantly with corruption. Among the factors found to reduce corruption are decades-long tradition of democracy and political stability. In today’s world, however, there are many countries that combine one of these two robust determinants of corruption with the opposite of the other: politically stable autocracies or newly formed and unstable democracies.

Some see political stability as a condition that not only precludes any form of change, but also demoralizes the public.  Innovation and ingenuity take a backseat. Many seek change in all sectors of life--politics, business, culture--in order to have a brighter future through better opportunities. Of course change is always risky. Yet it is necessary. Political stability can take the form of complacency and stagnation that does not allow competition.  The principles of competition do not only apply to business. Competition can be applied in everything – political systems, education, business, innovation, even arts. Political stability in this case refers to the lack of real competition for the governing elite. The ‘politically stable’ system enforces stringent barriers to personal freedoms. Similarly, other freedoms such as freedom of press, freedom of religion, access to the internet, and political dissent are also truncated. This breeds abuse of power and corruption.

Vietnam, for example, is controlled entirely by the ruling party. The economy is one of the most volatile in Asia.  What once was thought of being a promising economy has recently been in distress. Vietnam’s macro economy was relatively stable in the 1997-2006 period, with low inflation, a 7 to 9 percent total output expansion annually and a moderate level of trade deficit. But Vietnam could not weather the adverse impact from the 1997-98 Asian financial turmoil, which partly curbed the FDI flow into its economy. Starting in late 2006, both public and private sector firms began to experience structural problems, rising inefficiency, and waste of resources. The daunting problem of inflation recurred, peaking at an annualized 23 percent level for that year.

On the supply side, cross-country competitiveness assessments show that Vietnam is falling behind relative to comparator economies. The proliferation of so-called “zombie” workers at Vietnam's state-owned enterprises (SOEs) is only one of many manifestations of the economy’s underperformance. Economic growth last year was 5.03 percent. SOEs account for 40 percent of GDP.  Many of them are hurting because they took advantage of easy credit to make foolish investments. Over the years, powerful interest groups within the ruling Communist Party have largely resisted calls to reform the SOEs. Senior party officials allegedly regard them as their personal cash cows.

While it is true that some African states who have been able to achieve high growth rates are stable, a number of relatively low performing African states also have remarkably stable political systems. When we talk about political stability in the context of growth, leaving aside resource-driven bubbles, we mean a specific kind of stability: the rule of law, strong institutions rather than powerful individuals, an efficient bureaucracy, low corruption and an investment enabling business climate. Indeed, what we really mean is that stable governance is crucial for growth. This admittedly academic distinction is an important one to recognize. Governance goes well beyond just politics.

When political stability comes with having one party or a coalition of parties in office for a long time, it may eventually be detrimental. The economy may do well in terms of attracting foreign direct investment because stability means a predictable political environment. However, other aspects of the society might suffer because of complacency, lack of competition, and opacity. The economy eventually suffers because of these. Consequently, stable governments do not necessarily lead to higher economic growth. India is another case in point. India’s performance on the economic front in the first 30 years of post-independence era, which epitomized political stability, exhibited 3 to 3.5 percent level of economic growth, lowest in the last sixty years. In contrast, in the last 20 years when India saw as many as four Prime Ministers, industrial growth rates jumped to double digits, something that had not happened before.

Bottom-line: Not all forms of political stability are equally development friendly; much depends on the extent to which stability translates into good governance. In addition to all the variables mentioned in this article, I would add the question of information being opened up, both by some degree of press freedom and by social media at the individual level. This has had a dramatic impact on the politics in many countries, such as in Egypt, Tunisia, Libya etc. "Be careful what you wish for" seems to be the message out of many of these countries, where democracy has been shown to be less than perfect, particularly when so little is understood by outsiders as to the ethnic and tribal base of 'converted' countries.
In a similar vein, human rights are shown to be very different in some countries - recently in Sudan and Pakistan where horror stories have shocked the West - all of which impact the economic growth and business appeal generally.
Our appreciation of a particular country's method of governance is as affected by stories of brutality in policing of unrest as it is by human abuse on an individual case of rape or tribal penalties. And these factors can change so fast as to alter the whole investment and business climate with a country.
News coverage is a fickle factor, for example in Syria and Ukraine. What was so important a few months ago has faded into the background as soon as the cameras move onto new countries. Is the Assad government any less repressive than a year ago? No; but we are more concerned about whether any assistance to the rebels may come back to bite us in the hands of Al Qaeda. Is anyone thinking about taking back the Crimea? No, as long as Russia does not go too far in the rest of Eastern Ukraine - and we can do a deal on oil and gas for next winter for Europe.
The world is made more complicated by the short-termism of political thinking and reporting. It becomes harder to sleep comfortably in dealing with regimes that could be the subject of the next expose - but at the end of it all, the world is better off than it has ever been, the number of major confrontations is lower, and the spread of knowledge is helping more inclusive thinking and the widening of opportunity for billions of people.
Is it all worth the effort to expand international trade and assistance? Absolutely, warts and all!!

Good article. Political stability can however effectively address problems such as logjams, can keep flotillas sailing together and speed up last mile decisions problems. Thus effectively contributing to good governance.

A very good article by Mr Zahid Hussain. He is nicely developed the theory of Political Stabilty & Economic Growth in any country. His ideas about competition that can be applied to everything - political systems, education, business, innovation and even arts - are very timely. Added to the above competition, the country should also have freedom of press, freedom of religion, access to the internet and allow political dissent.We,in India , look fwd to economic growth under the new Govt of Mr.Narendra Modi, the Prime Minister of India, whose party, the BJP has absolute majority in the Lower House in India.

Dr. Zahid Bhai: These are truly fascinating insights. Our own country Bangladesh also falls under these assumptions - regular government changes, frequent political instability yet high GDP growth rates. While we are inclined to believe major drivers like exports, remittance and agriculture were the key to this success, perhaps analyzing in more depth might also reveal political instability to have been a contributing factor. Using your insights, one may look at Bangladesh's growth story as: Political instability leading to enhanced competition/prevention of "zombie-worker" proliferation which in turn led to high quality products in garments/pharmaceuticals/leather/jute sectors and ultimately economic growth.
It will be very interesting to see how our economic growth progresses if and when we do attain long-term periods of sustainable political stability.

It is an informative article
it will help many developing countries when develop strategies to improve their investment climate (attract foreign direct investment). Countries would need to have a balanced political system and make use of balance of power. little competition between political parties would keep the ruling party in their toes; on the lookout for better and legal way of preforming public duties.

This is an informative article
it will help many government, especially in developing countries, when try to improve their investment climate to attract foreign direct investment(FDI), As political instability is one of the obstacle for investment in a country. it show that country should have balanced political system and balance of power is important.

political instability one factor of economic crisis but the lack of basic need, self respect,and free choice in one country created by economic development problem !!!!!!!!!!!!!!!!

This is an impressive article by Mr Zahid. thanks so much.