Challenges in Alleviating Poverty through Urbanization 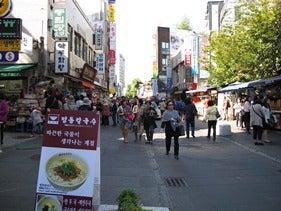 Over the last quarter-century, the number of urban dwellers in South Asia has more than doubled to almost 500 million. In India alone, the number of city dwellers has grown by 122 million. Delhi, Karachi, Kolkata and Dhaka have all joined Mumbai in the league of mega-cities. And yet, urbanization in South Asia has barely begun. With about 30% of its population living in cities, South Asia is the least urbanized in the world. But in the 20 years to come, South Asia will urbanize faster than any other region of the world, with the exception of East Asia. This rapid urbanization can be a powerful engine in accelerating poverty alleviation. But most cities in the region are struggling to cope with even the current level of urbanization. Can South Asian cities support the growing urban economy and population and become centers of shared prosperity, or will they become centers of grief?

In light of this challenge, the World Bank has recently initiated a flagship program on urbanization in South Asia. A critical part of this program is the formation of a network of policymakers and practitioners designed to put the world’s best knowledge and data in their hands, to harness urban growth for faster poverty alleviation and better development outcomes. In October 2012, the program, in collaboration with the Korea Research Institute for Human Settlement, hosted its first workshop in Daegu, South Korea. The workshop connected practitioners and government officials from Bangladesh, Bhutan, the Maldives, Nepal, Pakistan, and Sri Lanka with each other and with international expertise.

On the first day of the workshop, the participants exchanged views on the key urbanization challenges faced by their countries. Despite important differences between the countries, the participants shared the view that urbanization and urban development are yet to receive the concerted policy attention they urgently require in their countries. In this context, South Asian cities need to be more functional to reap the benefits from agglomeration and global integration, so that they become dynamic growth escalators and engines of poverty reduction.

The workshop quickly became a forum for peer learning, with practitioners exchanging ideas on how best to promote mutual learning, raise awareness of the challenges posed by rapid urbanization and sustain knowledge sharing. A variety of models for the network of practitioners were put forward, for example a three-tier approach consisting of a leadership group, specialist group, and citizen group. Creating linkages between cities with similar characteristics across countries were emphasized. "Big" solutions from governments should be balanced with "small" ones championed by communities and NGOs, they said.

Several participants raised concerns over the fragmentation of urban planning. "Sectoral departments are often working in isolation. There is a lack of coordination. Resources are spread thin. Spatial, economic and social planning should be integrated," said Sunil Kumar Karn of the Ministry of Urban Development, Nepal. His point was echoed by Aminath Athifa of the Ministry of Housing and Infrastructure, Maldives. Although higher urban density leads to higher productivity, it may also come with social costs such as alienation, fragmentation of communities, and higher crime rates, she said, suggesting that “social reach-out programs” also be included in a holistic approach. Hossain Zillur Rahman of the Power and Participation Research Center, Bangladesh, concluded, "We need to attain a new kind of capacity. Urban management is much more than just financial management and physical planning." It is great to meet you again, in the blog world! We are starting on a South Asia Urbanization Research program, and will also have particular focus on Pakistan. Would be great to work with LUMS and your colleagues on this initiative.

Our team (Peter Ellis and Fatima Shah) will get in contact with you.

The majority of the world's population is now living in cities but the majority of the urban population resides in secondary cities. At the Lahore University of Management Sciences we have a LUMS Urban Initiative focused on Small Cities. We have had interactions with six cities to date and are putting together a research agenda based on these interactions. We also aim to facilitate an Association of Small Cities with LUMS as its technical advisor in order to strengthen the voice of small cities in policy dialogues with provincial and national authorities.

Urbanisation in South Asia is becoming more and more issue of discussion. It is already a major challenge in the present situation and is difficult to imagine the situation in next 20 years - with increasing trend of urban migration, impact of climate change, civil conflicts etc. As a result of these migration people started living in the areas which are not inhabitable eg river beds, low lying areas and water ways - disturbing natural drainage system. Urban flooding, crimes, etc are in increasing trend. Authorities and international agencies should not waste any more time to think, discuss the issue, But act proactively to provide basic services for the present and future urban population.