Clean and Green Bangladesh: A goal that can be achieved 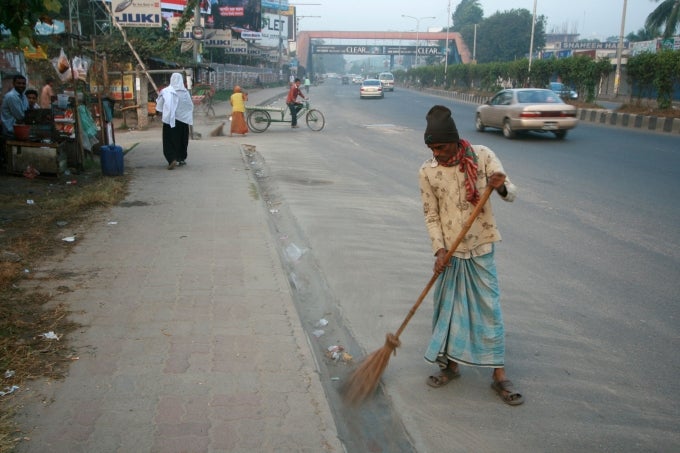 "Think before you do, not after you're done,” says a Bengali proverb that applies to an urgent threat today for Bangladesh—major environmental problems spawned by rapid urbanisation and industrialisation.  A decade of strong economic growth helped Bangladesh reach lower middle-income status while sharply decreasing its poverty rate, a remarkable achievement. But like many countries in the world, such progress has come at considerable environmental cost.

According to our just released report, "Country Environmental Analysis", Bangladesh is among the countries most affected by pollution and other environmental health risks.  The monetary cost to the Bangladeshi society of environmental degradation in urban areas, measured in terms of foregone labour output was equivalent to about one percent of the Gross Domestic Product (GDP) annually.  If one takes into account the broader welfare impacts of mortality attributed to environmental risks, the economic cost is equivalent to 3.4 percent of the national GDP. Noncompliant industries and inadequate waste management of hazardous and nonhazardous materials are polluting the cities' air as well as surface and ground water. The study also indicated that many rivers around Dhaka are polluted.

The Institute of Health Metrics and Evaluation's Global Burden of Disease report for 2016 estimated pollution in its many forms led to one in four deaths in Bangladesh, which is among the highest rates in the world.  Moreover, pollution affects poor communities most severely, further harming the ability of vulnerable people to benefit from economic prosperity.

In short, the old model of “grow now, clean up later” no longer works for countries, including Bangladesh . The country needs to reduce environmental harm and embrace green-growth policies to ensure sustainable economic development in the coming decades. 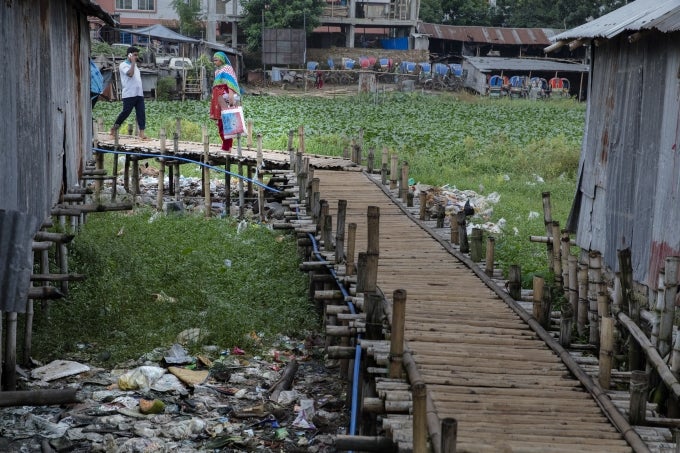 The good news is that there are a number of examples where careful planning allows countries and cities to grow cleaner and greener without harming economic development.

In Bangladesh, too, the government has embraced better planning by making environmental sustainability a cornerstone of its Seventh Five-year Plan through 2020.

Efforts to strengthen pollution management policies include revision of the Environmental Conservation Rules, introduction of the Environment Court Act and the Brick Manufacturing Rules, while reliable data now being produced and disseminated results in regular monitoring of daily air quality.

Other steps to integrate environmental planning in economic development include the adoption of green banking guidelines, creation of the Green Transformation Fund by the Bangladesh Bank, and stationing environmental counsellors in export processing zones. The World Bank contributed to some of these efforts through its support for the Clean Air and Sustainable Environment (CASE) Project and other initiatives.

Despite such steps, much remains to be done. Air quality in Dhaka and other cities rates as “unhealthy” for an average of 114 days each year, with the worst months in winter during the operation of brick kilns.  Due to unplanned development, unabated pollution is affecting both the big and small cities. Nearly one million people are exposed to lead contamination of soil and air at an estimated 1,100 unsafe used acid lead battery recycling sites. This can cause cardiovascular disease, neurological damage, and IQ loss in young children. Climate change further aggravates industrial pollution as some industrial belts are exposed to sea level rise.

Countries like China and India have made addressing pollution a national priority, and Bangladesh could take a similar step by promoting a society-wide approach to raising awareness of environmental challenges and providing more resources to address them.

Enabling the necessary transformation requires strengthening the capacity of a range of stakeholders—regulators to monitor development and implement action plans; the private sector to adopt cleaner and sustainable technologies; the financial sector to develop and support green investment opportunities; and the public to raise awareness and to adopt environment-friendly practices.

In Bangladesh, the World Bank continues to be committed to ensure that our financing brings climate change co-benefits and we are supporting numerous projects focused on inclusive green growth, to promote a cleaner environment and reduce green-house-gas emissions.

We are confident that a “Clean and Green Bangladesh” is achievable through the government's commitment to environmental sustainability, the country's renowned innovation, and learning from international experiences.  Moreover, addressing pollution challenges will also reduce greenhouse gas emissions and make cities more climate-resilient, another win given Bangladesh's vulnerability to the impact of climate change.

Bangladesh has set itself the goal of moving to upper-middle income status by 2021—the 50th anniversary of its independence. A concerted effort from all sides to prevent environmental degradation and ensure climate resilience will help the country to achieve its vision. Can Bangladesh find a model of the sustainable economy to follow in the South Asian region ? How could such a country like Pakistan be the best help of Bangladesh in order to make the necesary steps for a rising economy from the poverty ? Plans and the reality before financing.