Arif Jafar had no choice about coming out as gay. In 2001, he was arrested in the northern Indian city of Lucknow at the AIDS prevention agency where he worked, charged with running a sex club, jailed for 47 days, and named in the newspapers, in a case that helped spark a legal challenge to India’s sodomy law, known as Section 377. (Needless to say, he denies that the AIDS agency was a sex club.) 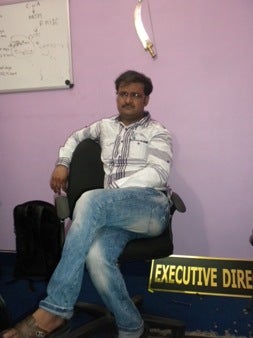 “Before jail, I was open, but not that open,” says Jafar, 42, a mosque-going Shiite Muslim who now runs the Maan Foundation, an AIDS prevention group (“maan” means “respect” or “pride”). “Now everybody in the city knows.” Despite the arrest, Jafar (right) says he loves Lucknow and will never leave. “If I ran away, people would start having the perception that I did something wrong,” he says.

Jafar’s case has dragged on for 11 years without coming to trial, but in the meantime, the law criminalizing homosexuality has been overturned in Delhi High Court. Retired Justice Ajit Shah, who wrote the decision, is an unassuming man, greeting us in sandals in his modest apartment. Yet his landmark opinion broke through several centuries of bias and freed up India’s nascent movement of lesbian, gay, bisexual, and transgender (LGBT) people to come into its own.

The 2009 decision is being appealed to India’s Supreme Court, and there’s no telling how it’ll turn out. But there’s also no going back for the hundreds of activists, community leaders and ordinary Indians who have joined the movement and taken a stand.

As I traveled across India and Nepal for two weeks in May, I met some amazing people, from Jafar to Shah to transgender sex workers in Chennai, from a high-powered openly lesbian executive in Bangalore to a Nepali transgender man kicked out of the army and jailed for 60 days for “lesbian activity.”

As a lesbian myself, I was personally inspired and awed by these people, but I also was intent on learning how they fit in to my work at the World Bank and our mission to end poverty. For those on the lower end of the socioeconomic scale in South Asia, being part of a sexual or gender minority can be the straw that breaks the camel’s back, moving them from simple poverty into misery, deprivation, and often premature death.

“Sexual orientation does make you poor,” says Manohar Elavarthi, a community organizer with Sangama in Bangalore. “Poverty is not just economic – you miss access to so many things: ration cards, inheritance rights, voter ID cards.” In several South Asian countries, there are reports that LGBT people have even been denied access to disaster relief. And homophobia is intricately connected with other divisions in South Asian societies, particularly around gender but also religion and caste. 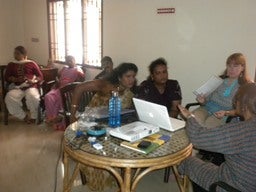 Yet I saw many signs of hope and change in both India and Nepal. Those transgender sex workers in Chennai have organized a coalition, called V-CAN, of every single community-based organization in the state of Tamil Nadu that serves homosexual or transgender people. (At left, the coalition's secretary, Sonali, and president, Jeeva, make a presentation.) Working with the NGO Praxis, they have been able to gain access to some public benefits, such as pensions and registering as “third gender” on government ID cards. Activists in Nepal’s Blue Diamond Society have achieved similar results and more.

India’s growing middle class is turning away from traditional patterns of same-sex behavior and adopting gay and lesbian identities similar to those in the West. Yet crushing family pressure to marry and produce children, along with employment and housing discrimination, remain issues even for those who are relatively well off, most likely intensifying the “brain drain” as some emigrate to countries where they can live more freely. 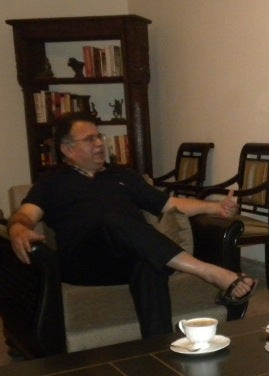 “The real battle has to come with family acceptance,” says longtime Chennai activist Dr. L. Ramakrishnan, country director with Solidarity and Action Against the HIV Infection in India (SAATHII). Because people are afraid to come out to their families, they stay in the closet, helping maintain the number of Indians who have never met an openly gay person.

Justice Shah (right) drew on Indian traditions of inclusiveness and respect for human dignity, enshrined in the country’s constitution, in his opinion. He was amazed by how the decision was received.

“I thought it would not be acceptable to the Indian community,” he says. “I was surprised at the positive reaction.”

It may surprise some Westerners to learn that India’s and Nepal’s LGBT movements are so vibrant and varied, but their organizing efforts provide a way for development organizations, including the World Bank, to access these communities, learn about the poverty they experience, and find ways to help. Its great to see these issues recognized for their importance in our overall work!