How valuable is connectivity? In Bangladesh and India, transport links could boost income significantly

Strong cross-border transport links make it easier to import and export goods. The benefits typically ripple throughout the economy, boosting the income of people near and far.

In the case of Bangladesh, seamless transport integration with neighboring India would stop requiring trucks to transload goods at the border.  However, integration would require modern customs processing systems and multi-modal links to easily transfer cargo among trucks, railcars, boats, and planes. All reduce the costs of imports and exports.

Those improvements would translate into better lives – and more money – for most people on both sides of the border. Our new analysis finds that real income could rise by up to 17 percent throughout Bangladesh, and by up to 8 percent in India. It uses an innovative quantitative spatial economic model to calculate the impact on income for every Bangladeshi district and Indian state based on prices of goods, wages, and economic activity.

South Asia lags the rest of the world in regional trade integration and transport links.  Nations in the region maintain high tariffs, trade barriers, and other border restrictions.

Fortunately, the foundation already exists to build better transport connectivity among several countries. The 2015 Motor Vehicles Agreement aims to lift restrictions on cross-border movement of cargo, passengers, and personal vehicles among Bangladesh, Bhutan, India, and Nepal, a group known as the BBIN. The BBIN agreement has accompanying  protocols and operating procedures for passenger and cargo movement that need to be agreed upon.

Currently, neither Bangladesh nor India allows each other’s trucks to cross the border and deliver freight -- a major impediment to regional connectivity. Trucks must stop at the border where their cargo is manually transferred to a truck from the other country. Not surprisingly, transport costs in South Asia are among the highest in the world. Delays and cumbersome border procedures force companies in Bangladesh and India to pay up to 20 percent more to trade with each other than to trade with Europe. 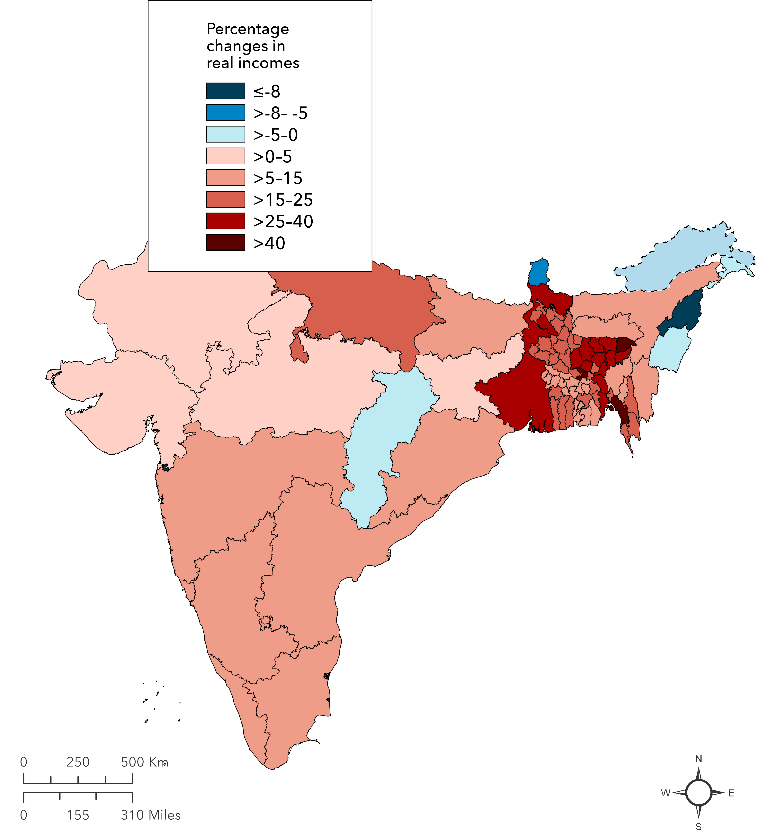 Better transport links do much more than move freight faster. Transport corridors in other parts of the world create opportunities for commerce and invigorate communities. For example, small businesses that process agricultural and aquaculture crops – often owned by women – benefit when located near transport corridors.

India’s northeastern states are enthusiastic about more direct transport links. “They will benefit both from access to the ocean through Bangladesh and also as a facilitator of traffic and transport between Bangladesh and our mountain neighbors, Bhutan and Nepal,” said Vikram K. Doraiswami, India’s High Commissioner to Bangladesh. He spoke during a recent online event, Connecting to Thrive: Integrating Transport in South Asia, the latest in a series of #OneSouthAsia Conversations on regional integration issues.

Currently, India’s northeastern states are linked to the rest of India through the congested Siliguri corridor, a slender strip of land known as the “chicken’s neck.” For example, the cost of transporting goods from Agartala, a large city in northeast India, would fall by up to 80 percent if exporters could use the much closer port in Chattogram, Bangladesh. Currently, Agartala goods are trucked around the perimeter of Bangladesh, then through the chicken’s neck to Kolkata, the nearest seaport in India.

Better transport links do much more than move freight faster.

Bangladesh would also gain substantially. Many of its industries are eager for better access to the huge Indian market. Bangladesh is a natural gateway to growing markets in Southeast Asia and could become a transportation hub for all South Asia.  The opportunities are enticing as Bangladesh prepares to graduate in 2026 to developing country status.

Despite the promise of big economic benefits, there is reluctance. The effects of full integration mean some regions gain more than others while some sectors will win, and others potentially lose out.

For example, some Bangladeshi transportation groups and businesses worry about being overwhelmed by India’s vast economy and trucking industry. Nihad Kabir, president of Dhaka’s Metropolitan Chamber of Commerce and Industry, said they “fear they may not get a fair share of the increased benefits.” 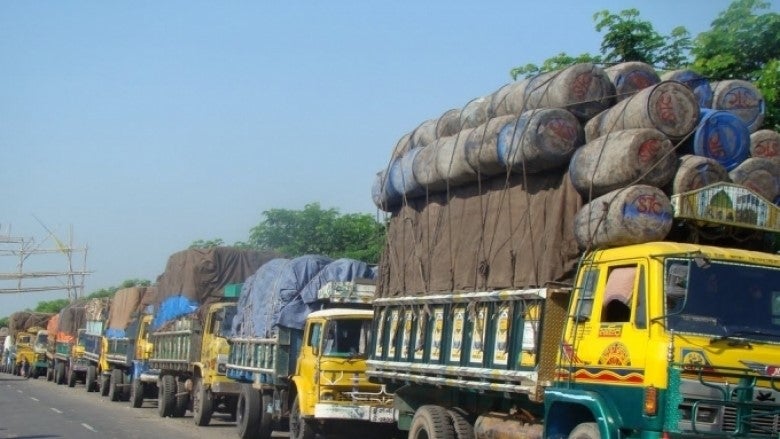 In addition to the World Bank analysis of overall economic benefits to Bangladesh and India, Kabir said analyses of specific sectors could help those who resist change see the benefits for themselves. “We need to show our business community that this is going to be very positive,” she said. “If we can have a demonstration effect, that will work wonders for both sides.”

Tariq Karim, Bangladesh’s former High Commissioner to India, said grassroots outreach and community dialogues are needed to explain how transport connectivity can improve lives. “The local level is the most important. If they become the champions and start demanding it, it will travel up,” he said. “The process has to be bottom-up rather than top-down.”

Doraiswami identified three priorities to move forward. Simplifying the process for goods to cross the border and expanding work on multimodal connectivity are two big steps, he said. A third is for BBIN countries to finalize Motor Vehicles Agreement protocols for the movement of goods and passenger vehicles. “If we could do this in the next six months, I think it would be a huge opening to start the process of showing quick wins,” he said.

Ultimately, transport integration is about restoring some of the links that once existed before the partition of South Asia.

“The problems can be definitely overcome,” Kabir said. “At the end of the day, our commonalties are more than what divide us.”

The Connecting to Thrive research was supported by Australia’s Department of Foreign Affairs and Trade through the South Asia Regional Trade Facilitation Program.