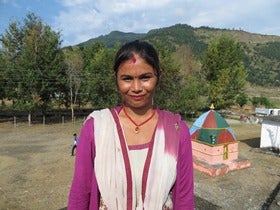 “The issue is not about women’s allocation being absent from the Village Development Committee (VDC) budget but it is about how these allocations don’t address the real problems of women from that particular area. This is where we come in.”

Satya Swar, one of PRAN’s Social Accountability Practitioners based in Achham district gives a pragmatic answer when I ask her about women’s involvement and understanding of the budget in her area. The Program for Accountability in Nepal (PRAN) has been working in 10 rural districts of Nepal to promote accountability by making citizens aware and capable enough to demand accountability within the government and the service providers. Social accountability practitioners like Satya help facilitate the process between the community and the local authorities.

“Even I didn’t know about the VDC budget allocation until I learnt about it from PRAN. One of the major purposes of the 10% budget allocation for women is to address the needs of women in that VDC so they can benefit directly from it. As an example, if that budget is spent on awareness-raising workshops on the chhaupadi system and its disadvantages, instead of using it on infrastructure, I would see that as one of the best ways to spend the money,” says Satya.

Accham district, in far western Nepal has some of the lowest human development indicators in the country, ranking 69 out of 75 districts nationally. The journey through the winding road from the nearest business hub of the far western region - Dhangadhi, takes roughly ten hours. Some women here still have to abide by the chhaupadi system.  This means menstruating women cannot enter their house, touch men or eat dairy products among other such beliefs. It is believed that the cow will stop giving milk or die if you drink its milk in your menstruation period. For six to seven days, women sleep in small huts known as chhau-goths far away from the house which you have to stoop to enter. The goth, meant for one woman, sometimes hosts more than five women a night. Most of these huts don’t have doors, thus are unsafe and extremely cold in the winter and wet in the rainy season.

Satya herself spent her menstruating days in chhau-goths for three years and says had it not been for the trainings and information sharing workshops on the ill effects of chhaupadi, she would never have got out of it. “There would be no light in the chhau-goth, so I would not be able to do my homework or study. There was no door so I would fear sleeping. There would be no bed, just hay to sleep on. It was extremely difficult but I was made aware about its ill effects through series of workshops. If women are given the choice to decide on what they want to spend their 10% VDC allocation on, they could decide in workshops like these,” says Swar.

“Oh!... and our family cow continued giving us milk and it lived on for many more years even after I drank its milk while I was menstruating,” she chuckles. 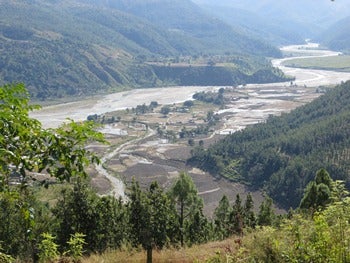 Well done Satya, Deepa and PRAN. Keep it up!

Raising awareness is crucial in Nepal and very rewarding, I have seen families start to send their kids to school on a regular basis, women understand sexual health basics and change their behavior as a result of informative workshops during my volunteeering experience in this amazing country. Thanks for sharing this.