Many countries, developed and developing, that want to become more competitive in global markets tend to jump to a quick conclusion that they need to invest more in infrastructure, particularly in transport sectors like ports. But while many regions, including South Asia, do face important infrastructure gaps, massive new investment is not the only way to improve regional competitiveness. Countries should realize that they also have significant potential to make more efficient use of the infrastructure they already have.

Building megaports all along the coast might reduce a country’s trade costs, but it also requires hundreds of millions of dollars in investment. Improving the performance of existing ports, enabling them to handle higher levels of cargo with the same facilities and in a shorter time, can be a far more cost-effective approach to reducing transport and trade costs. Closing the infrastructure gap does not just require more infrastructure, but also better infrastructure, and better use of existing infrastructure.

The report Competitiveness of South Asia’s Container Ports, which we launched today, provides the first comprehensive look at the 14 largest container ports in South Asia, which handle 98 percent of the region’s container traffic. It focuses on port performance, drivers, and costs.

Using a novel and comprehensive dataset, we found that overall South Asia had improved the performance of its container ports since the beginning of the century but still struggled to catch up with other developed and developing regions. Although South Asia reduced the performance gap with East Asia, persistent inefficiencies meant that it still cost about twice as much to import a container as in competitor countries in East Asia. Average ship turnaround time for the region, at more than two days, was more than four times that of Singapore, one of the best performing ports in the world. 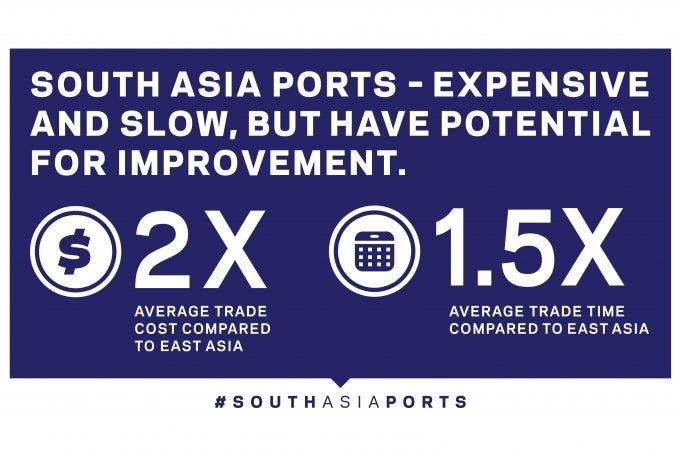 We found that some ports – specifically Colombo in Sri Lanka, the fast-expanding Mundra and Jawaharlal Nehru in India and Port Qasim in Pakistan – had gradually improved the use of their facilities after 2000. But the analysis shows that if South Asia’s container ports were as efficient as the best run ports in the world, in 2010 South Asia’s container ports could have handled more than double the number of containers that they did using the same facilities. This is undoubtedly an inefficient use of past investments.

What is the cost of such an inefficient use of port facilities? We found that if every South Asian container port had performed as well as the region’s best in the first decade of the century, maritime transport costs for South Asian exports would have been up to 8.8 percent lower and exports would have been up to 7 percent higher. An inefficient use of the existing port infrastructure has a huge impact on regional trade and competitiveness.

Experience in South Asia and in the rest of the world indicates that the best approach to improving performance at ports in the region would have three components: 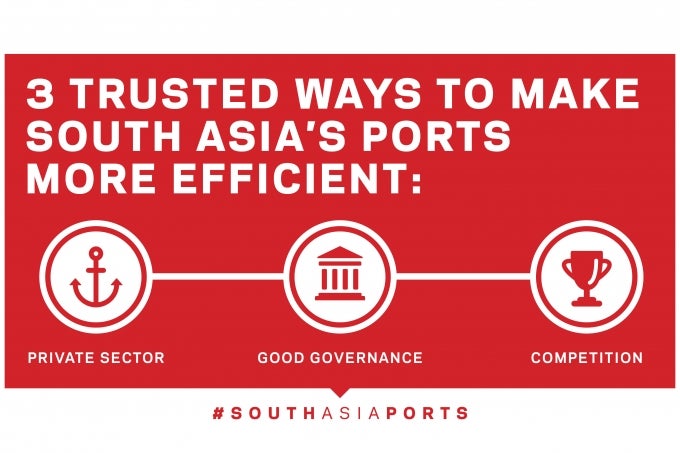