The unheard voices of women caregivers for people with mental illness


Thirty-year old Vijaya (name changed) spent 10 years of her life not talking to anybody. Her parents were daily wage laborers, scraping together a sparse living in India’s southern state of Tamil Nadu. Unaware of any treatment, and afraid of being stigmatized or shunned by their community, they did not disclose their daughter’s illness to anyone. Instead, Vijaya suffered in silence, confined to the house, and hidden from public view.

It was only when the Tamil Nadu government’s Mental Health Program (TNMHP) reached out to their community that Vijaya’s life underwent a dramatic change. After six months of working with the program’s community facilitators, Vijaya’s parents took her for treatment, and within a year, the young woman began interacting with others more frequently.

As cited in “Out of the Shadows: Making mental health a global development priority,” in 2010 alone, depression cost an estimated US$800 billion in lost economic output.  What’s worse, these costs are expected to double by 2030.

Unfortunately, in India, as in many other countries, there is a great deal of social stigma attached to mental disability. Families with mental health issues often don’t seek treatment because they are afraid that once people get to know, they will be shamed or lose social status, or the marriage prospects of their family members will diminish. Riddled with misconceptions, most people turn to traditional healing methods for relief, or go in for harmful treatment practices.

To address a variety of mental health issues, which are often swept under the carpet, the TNMHP, supported by the World Bank with PHRD funds from 2012 to 2016, helped create awareness among communities in the state and counselled families to change their way of thinking.


The project’s community-based interventions enabled women and girls to overcome their hesitation in seeking treatment. They reached young people through telemedicine and skype, ensured that diagnosis and medication were accessible, and provided both caregivers and those suffering from mental illness with livelihood support and social rehabilitation.

Like Vijaya, 32-year old Muthu and his elderly mother benefited under the program. While Muthu received medical treatment, his caregiver mother was helped to get a job under the national wage guarantee program. Meanwhile Raja, a 45-year-old man suffering from depression, received counselling, together with a loan that helped him clear his debt and build his business anew.

Very often, the onus of caring for a person with mental illness falls on the young women of the house,  be they daughters or daughters-in-law. A recent evaluation of the program shows that most caregivers range between 25 and 54 years of age, with women accounting for more than half of those responsible for the duty. Usually, the caregivers have to forego jobs that could otherwise have brought in desperately needed wages, in addition to the mental strain that accompanies caregiving. 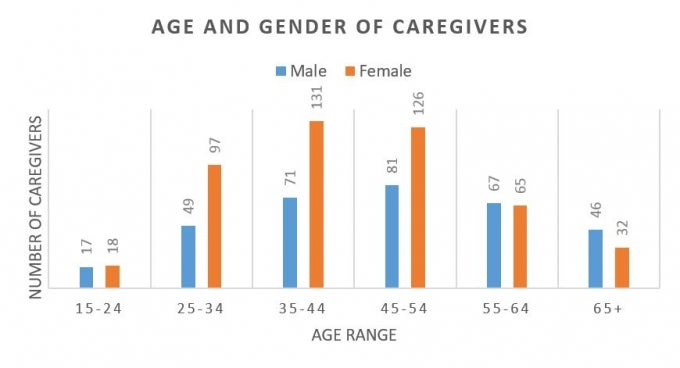 To ease some of the burden on these young women, the program knitted them into self-help groups to create appropriate networks and foster peer support. It also brought medical camps closer to the villages so that families could access treatment easily, without incurring additional expenses. In addition, it helped beneficiary families –  most of whom worked as daily wage laborers – to build their skills to augment family incomes.

*Names used here are not the real names of beneficiaries.