Which South Asia do you live in? 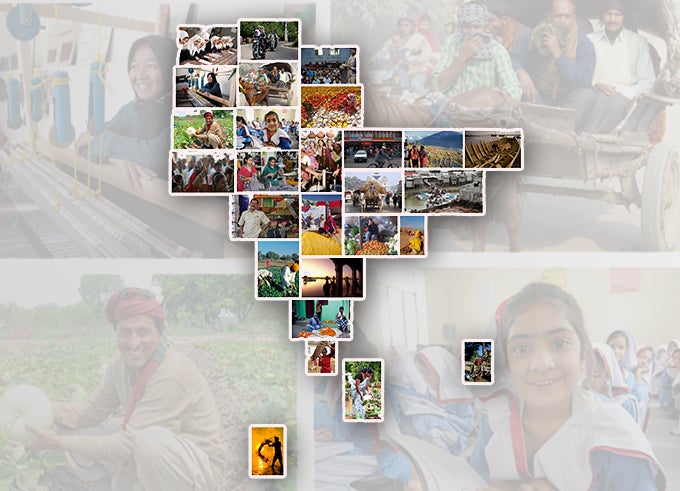 This blog is part of the series #OneSouthAsia exploring how South Asia can become a more integrated, thus more economically dynamic region. The blog series is a  lead up to the South Asia Economic Conclave, an event dedicated to deepen existing economic links through policy and investments in regional businesses.

Which South Asia do you live in? The one which offers world-class metros and malls, super-specialty hospitals, gourmet eateries and designer homes where servants make your meals, drive your car or clean your mess?

Or do you live in the South Asia where sanitation, water and electricity are a luxury, where filth, ignorance and violence means death comes early and more frequently from illness, poverty and natural disasters? Statistically, the latter is more likely.

Having lived in Southeast Asia, where the emergence of the Tigers has transformed the lives of millions of poor through investment in human development, infrastructure and exports producing high growth rates, the visible poverty and chaotic streets of South Asia are troubling. So, too, is the contrast provided by India's dollar billionaires -- the third-largest rich man's club in the world.

The South Asian story has always been one of plenty and poverty, the third world never too far from the first. But in recent years the distance between the two presents us with a moral dilemma. More than 570 million -or 44% - of the world's poor, living on less than $1.25 a day, are in South Asia, many of them in landlocked countries or regions isolated from the booming megacities of the Indian Ocean or ancient trade routes. For instance, while the coastal state of Goa has a poverty rate of 6.3%, in Chhattisgarh, 40% of citizens live below the poverty line.

Put another way, the GDP growth of booming Indian states like Haryana, Gujarat and Maharashtra was 5.9% for the decade 1993-2004 compared to 3% for Bihar, Orissa and Madhya Pradesh. South Asia's development story is one of high GDP growth, urbanization and integration with the global economy for prosperous states while poor states have remained rural, relying on low-value economic activities and are often isolated within their own country, leave alone the globalized economy.

Connecting these states to centers of growth remains a challenge because the distance is not just geographic but ethnic, religious, political -- even existential. This is the challenge, with all its multifaceted complexities, that governments, donors, industry leaders, think tanks, NGOs, private entrepreneurs are trying to address.

The Tigers showed us that differences need not be permanent when regional cooperation can provide the basis for strong, inclusive and sustainable growth. ASEAN began as a peace-building bloc but the politics of good economics quickly transformed it into a common market. Today, some 24% of exports by ASEAN nations are to each other.

This cooperation has spilled over into a tourism boom - Bangkok is now one of the world's most-visited cities, providing stiff competition to London and Paris - a more unified disaster and climate mitigation response and the opening up of job markets in member countries.

Similarly, Europe fought two major world wars that devastated nations and populations, but the EU today is a thriving marketplace where nations do 75% as much trade in goods among themselves as they do with outsiders.
By contrast, SAARC nations only export 5% of goods and services to each other. One reason: it's cheaper and more efficient to trade globally. For instance, it takes 35 days to send a container from Delhi to Dhaka via Colombo. If better roads and regulations were in place, the same journey overland via Kolkata would take five days.

Agreements inked this June -- the India-Bangladesh Joint Declaration and the Motor Vehicles Agreement between Bangladesh, Bhutan, India and Nepal -- promise to remedy this lack of direct connection by freeing up cargo and passenger movement in this sub-region.

Similarly, trade between India and Pakistan could increase ten-fold in a matter of a few years if relations were to improve. Instead, both countries are locked in an arms race where billions are diverted from development: India ranks 142 in per capita income but is the world's largest importer of arms (other reports suggest Saudi Arabia took first position last year). This hurts when 60 million people could have drinking water for the price of a modern submarine at $300 million.

Yet, economists give us many reasons to believe that saner thinking will prevail and that regional trading blocs are the trend of the future. They afford competitive pricing, economies of scale, balanced job creation, more efficient supply chains and better service provision, plus a neighborhood market -- in South Asia's case of 1.6 billion people -- as exports to traditional customers in the West decline.

An upcoming public-private policy dialogue at the highest level seeks to build appetite in cooperation in trade and energy. The South Asia Economic Conclave is planned from 28-30 September in New Delhi, to be held jointly with the Indian Ministry of Commerce and the Confederation of Indian Industries in partnership with regional chambers of commerce, and is sponsored by the World Bank Group. The Conclave will provide an opportunity to deepen existing economic links through policy and investments in regional businesses.

In fact, this Economic Conclave was planned for early May this year but was postponed due to the recent devastating earthquake in Nepal -- an event which in itself showed that the case for regional cooperation in South Asia is compelling for reasons other than good business.

During the past decade, on average, more than 200 million South Asians were affected and more than 70,000 people were killed by natural disasters annually. Those figures represent fully 90% and 65% of the world totals respectively, according to UNESCAP. Poorer countries and people are affected disproportionately by disasters and the effects of climate change, both in terms of loss of life and property.

The destruction of infrastructure, the erosion of livelihoods, damage to the integrity of ecosystems and architectural heritage, injury, illness and death are direct outcomes of disaster and deprivation. The economic losses run into billions and provide a compelling case for better cooperation.

For South Asia, the time has never been better. The region is now among the world's fastest growing -- 6% on average for the last decade thanks in part to liberalization policies of the '90s. It has a GDP equivalent to $9 trillion in purchasing power. With new governments at the helm of many SAARC countries in the last year, the winds of change are beginning to blow in the right direction. India's newly articulated "Make in India" policy has been proactively backed by the Prime Minister who has visited SAARC countries on a priority basis since taking office last year. As India accounts for 80% of the region's GDP, its policies have the potential to move long standing blocks.

Indeed, trade within the region touched $22 billion in 2013 and is growing at 18-19% per year. This is encouraging. With a few timely interventions, the annual investment potential of the region would touch $100 billion say experts, simply because the needs are so enormous. Isn't it time then, that the wise men and women at the table put aside old ways of thinking? Or will we continue to live in two South Asia’s while China and ASEAN make this the Asian century -- minus SAARC? The Stark Reality - totally agreed! Given the trends, we could be heading towards an Asian Century without SAARC.