Mining in the Congo Basin: Getting to the Heart of the Challenges

Film is a powerful tool for explaining environmental issues. I first learnt this lesson while trying to enlist local communities in northern Vietnam to help protect a strange blue faced and critically endangered primate called the Tonkin Snub Nosed Monkey. After a morning spent bombarding local leaders with facts and figures, they were polite but unmoved.

I then screened a short film of the monkeys living in the forest bordering their villages. Footage of these potbellied, colorful animals leaping through trees caused eyes to light up, questions to be asked, and eventually, the community leader stood up and declared that they would do everything they could to help us protect them.

In Central Africa, WWF and the World Bank have produced a film to help broaden understanding of the environmental impacts of planned mines in the Congo Basin. Heart of Iron: Mining in the Congo Basin Rainforest explores plans to mine iron ore in Tridom (Tri-national Dja-Odzala-Minkébé) - a vast forest landscape between Cameroon, Gabon, and the Republic of Congo. The film highlights the potential benefits and risks of mining in a region that is home to Baka and Bakola pygmy and Bantu tribes, whose way of life is closely tied to the natural environment. 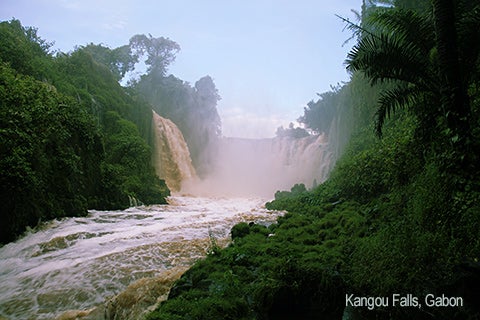 It also reveals the area’s abundant wildlife, including gorillas, chimpanzees, and elephants, and their forest habitat, underlining the importance of close coordination among stakeholders, including local communities as well as the World Bank, WWF, government and private sector. All share an interest in aligning efforts to ensure that mining is done in a sustainable, responsible way, and with clear benefits for the communities affected by these projects.

Developing Tridom’s world class iron deposits will result in the influx of thousands of laborers and require railways and deep sea ports to transport iron ore to markets, principally to Asia. Information about these projects remained locked in lengthy environmental impact assessments (EIAs), which are typically full of complex, technical terms that for the layman may as well be written in hieroglyphics. Deciphering these enigmatic documents – when they are available at all - is costly for NGOs and others. This leaves many assessments poorly understood and restricts the free, prior, and informed consent of surrounding communities – essential for effective planning of this type of mega projects.

To fill this gap, we constructed 3D animations using EIA data to simulate how development emerges along new transport routes and dam reservoirs can flood forests. Architectural and engineering firms use similar animations to help clients visualize projects so why not use them to support stakeholder decision-making. 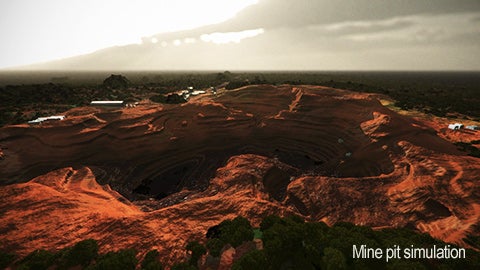 Through interviews, the film puts a name and face to groups labelled as ‘miners’, ‘communities’, and ‘conservationists’. Baka groups living next to one of the mining camps expressed their desire for better access to schools and health facilities and concerns about being forced to leave the forest. Members of government explain how critical mining revenues were for their country’s continued development, and conservationists discuss the challenges of protecting elephants from poachers and improving community livelihoods in an area six times the size of Belgium.

Heart of Iron is one of a number of activities planned by WWF and the World Bank under a new agreement to address the potential impacts –both positive and negative- of extractive industries in Africa. This partnership will kick off with screenings of Heart of Iron to audiences in the Tridom region and around the globe. We hope the film will complement stakeholder consultations and spur efforts to improve cooperation and transparency across all three of Tridom’s countries. A film alone is not going to deliver sustainable development, but whether the subject is blue-faced monkeys or iron mining, it can provide a window into possible futures and uses a language that everyone can understand.

Heart of Iron: Mining in the Congo Basin Rainforest will be screened at a special event at WWF (1250 24th Street, NW Washington DC) on May 28th, 3-5pm. On that day the World Bank and WWF will sign a Memorandum of Understanding to further cement their collaboration.  To RSVP, please visit: http://www.heartofiron.org/?p=117
Topics
Energy
Environment
Extractive Industries
Countries
Belgium
Cameroon
Gabon
Vietnam
Congo, Democratic Republic of
Regions
Africa
The World Region