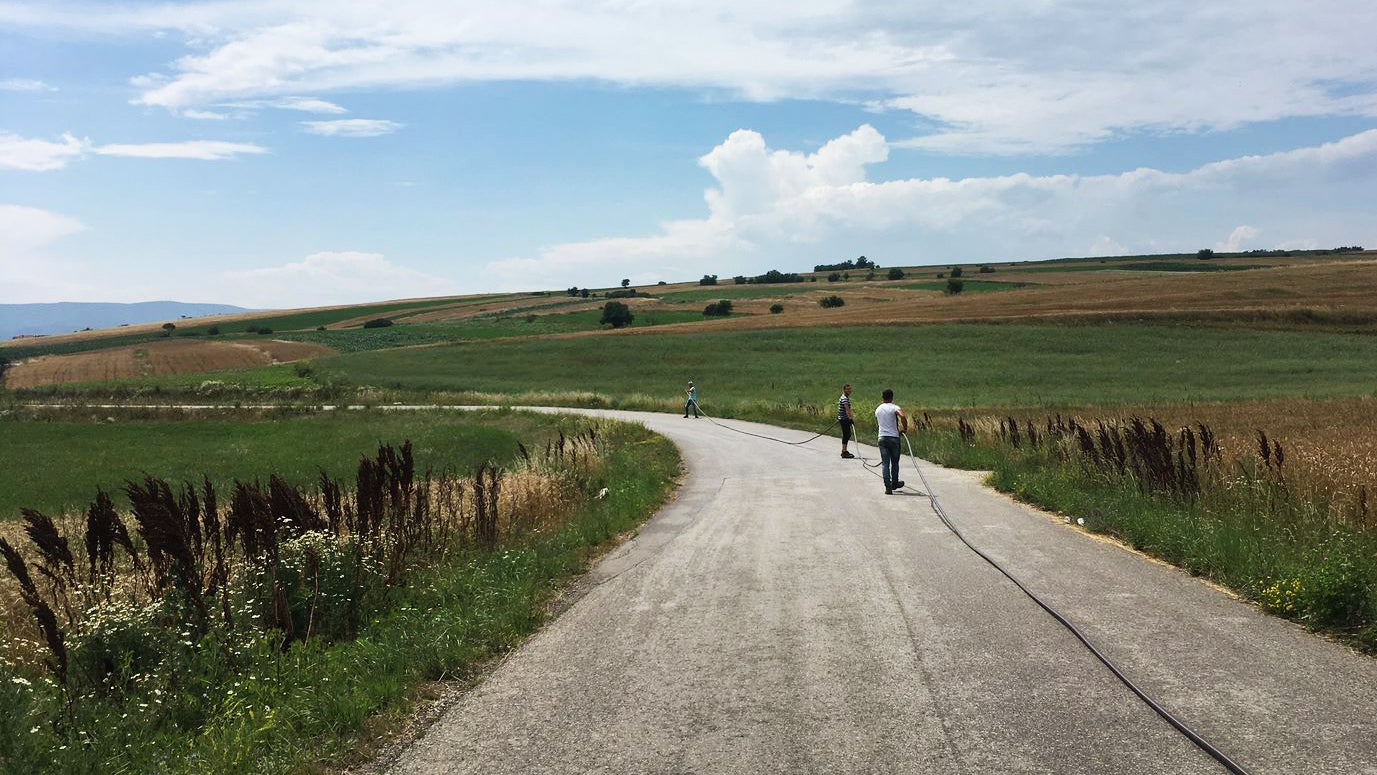 Perhaps no one has formulated the importance of high-speed, reliable, and affordable broadband better than Matt Dunn, from the Hill, who noted that broadband is a village or small town’s lifeline out of geographic isolation, its connection to business software and services, and its conduit for exporting homegrown ideas and products.

Take, the village of Breznica - outside of the Pristina municipality in Kosovo. One year ago, I saw its population struggling to connect to the outer world by relying on unreliable wireless connections. At that time, no internet service provider (ISP) was interested in deploying decent connectivity, due to the specifics of the terrain and the loose density of the village population. I spoke to a principal of a local school who had to take grades home so she could enter them into an e-journal, owing to the lack of internet in her office. Another memory is of a nicely furnished IT classroom … without functional broadband and, as a result, with computers covered in dust.

Just a few weeks ago I came again to Breznica, this time to observe the deployment of a fiber optic network. By the fall, the villagers of Breznica will be able to access commercial broadband at the same prices as the capital city of Pristina. The local school and hospital will have free, up to 1 Gbps internet access for the next five years.

All of this was made possible thanks to a pilot project by the Ministry of Economic Development of Kosovo, under which the central budget allocated funds to test a public-private scheme in some rural locations in different municipalities. Under the scheme, the private sector (the ISP) is incentivized by public, co-investment to deploy a high-speed network allowing for 100 Mbps access to each household in a pilot location. The open competition ensures that the ISP offering the lowest bid and requesting the lowest matching amount of funding from the government is chosen to implement the pilot.

I hear that residents of Breznica are happy to finally be getting a ‘lifeline’ thrown in their direction. The pilot municipalities are also welcoming this investment and are contributing to the pilots through the exclusion of the local tax on the deployed infrastructure and quickly processing construction permits.

The good news doesn’t stop here: the pilot program will also be scaled-up. Starting in 2019, more than 200 villages around Kosovo will obtain high-speed broadband by 2023 - with schools and hospitals connecting free-of-charge for five years. Under the new Kosovo Digital Economy (KODE) project, just approved by the Board of the World Bank Group, the biggest portion of investment (close to €12 million) will be allocated to bridging digital connectivity gaps, specifically in areas with no access to commercial broadband. This public-private arrangement, which is being tested in Breznica and other villages, will be scaled-up under the KODE. It is projected that over 60,000 rural inhabitants will benefit from this intervention. Finally, colleges and universities will get a major boost to their connectivity by linking to GÉANT - a network interconnecting Europe’s national research and education networking organizations via a highly resilient, pan-European broadband backbone.

Hard investments should ideally be complemented with ‘soft’ initiatives (so-called analog foundations of a digital economy): skills, rules, and institutional capacity-building. Following this approach, the KODE will provide technical assistance and capacity-building activities to the Ministry of Economic Development and the Regulatory Authority of Electronic and Postal Communications (ARKEP) to strengthen the policy, legal, and regulatory environments to support the rollout of high-speed broadband infrastructure, spectrum management, and topics related to improving the quality of wireless broadband services across the country.

Additionally, the project will facilitate more access among Kosovars to knowledge, information, and services through support to the development of a National Research and Education Network (NREN) and a Digital Awareness Program - specifically targeting households in areas where fixed broadband connectivity will be deployed for the first time through the project.

Last but not least, the Government insisted on scaling-up the Women in Online Work (WoW) pilot, which was implemented by the World Bank and other donors in Kosovo from 2015-2017, with initial grant funding from the Korea Green Growth Trust Fund. The WoW pilot trained hundreds of unemployed and underemployed young women in different streams of online freelancing. Under the World Bank-funded pilot phases, 85 beneficiaries finished the training, with at least one online contract in their pocket; their collective earnings amounted to around $30,000.

The KODE will replicate the highly successful WoW pilot by establishing the Youth Online and Upward (YOU) Program, which aims to train 2,000 young men and women in front-end web development, graphic design, and search engine optimization. It is expected that, with modest investment in training, unemployed and underemployed youth - many from rural areas - could earn money through online freelancing activities and even obtain full-time jobs for the first time.

Nowadays, a lack of broadband access represents a lack of opportunity for better and more flexible work, access to cutting-edge knowledge, learning, and overall exchange with people outside one’s location. I hope that Kosovars, especially from rural locations, will seize the lifeline presented to them through the KODE project and will, as a result, lead happier, more fulfilling, and prosperous lives.
Countries
Kosovo This is a great initiative, something that my government needs to appreciate since they introduced OTT tax on social media and mobile money which highly contribute to our local digital economy