I sometimes wonder — do women in Belarus live a good life? Well, they are better educated than men, live about a decade longer than men, and enjoy generous social guarantees (3 years of child care leave, for example). And they have a high-level of labor force participation and representation in politics.

Even by international standards, Belarusian women seem to live well. In the latest Global Gender Gap Index, Belarus was ranked 26th out of 144 countries — higher than Australia or the Netherlands. The statistics certainly indicate a high-level of gender equality in Belarus.

But what do the numbers really mean in reality? 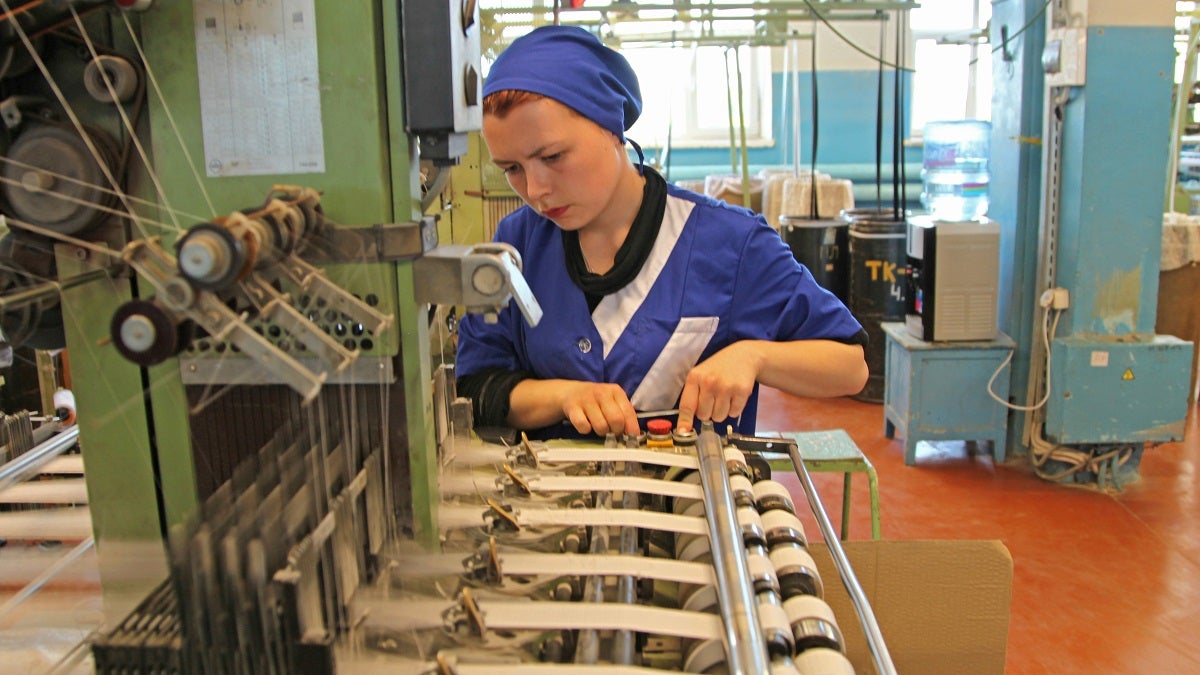 Belarus has invested a lot in the human capital of its population — both in men and women. With both primary and secondary education compulsory in the country, almost 100% of girls are enrolled in schools. The same with boys.

However, at the level of tertiary education, there is a large gender gap — with more women than men enrolled in universities. Men are more likely to choose vocational education. In the 2016-17 academic year, almost 68% of vocational school students were male.

One possible reason why women outnumber men in universities is that women face barriers in the labor market — so they make more effort to get educational qualifications.  A second reason might be that men don’t see higher education as prestigious. University female students tend to choose subjects such as social protection, catering, social sciences, and pedagogy, where the share of women reaches 80%.

Even though women are better educated, they are still at a disadvantage in the labor market. Women are more likely to be white-collar workers, but they are 2.5 times less likely to be given a managerial position than men.  Thus, managers account for 41% of total white-collar employees among men and only for 17% among women.

This is the case not only for office workers. In business, women participate in firm ownership and management less frequently than men (although Belarus outperforms the Europe and Central Asia region average). Women occupy only 23% of high academic positions.

About 30% of seats in Belarus’ parliament are taken by women — more than the world average of 22.9%. However, executive branch representation lags behind — no female deputy prime ministers out of 5, and only one sector minister out of 24 is a woman (one of the lowest rates in the world). Most state committee chairs are male, and so are most deputy chairs and regional state committee chairs.

Belarusian women are paid less than men, even if they hold the same position. Moreover, the gender wage gap increased from 19% in 2001 to 25% in 2017.  The gender wage gap is the highest in male-denominated occupations (mining, manufacturing) and smallest in agriculture and female-dominated sectors such as education, health and social work. Men have higher predicted wages than women for almost all educational categories.

The gender pay gap in Belarus is explained by two key factors.

First, women are generally employed in sectors where the pay is lower: mostly public-sector jobs in education, health and social security, trade and public catering, culture and art. In these sectors, women are more likely to hold managerial positions, but average salaries there are lower than the country average. Second, even in sectors where this is not the case, women are often under-represented in higher-paid positions.

But only 3% of the large monthly wage gap can be explained by observable differences between male and female workers, according to World Bank estimates.  The large unexplained part of the wage gap may be the result of omitted variables such as occupation type, but could also signal discrimination of women in Belarus’ labor market.

Source: National Statistical Committee of the Republic of Belarus

Belarusian legislation is “gender blind” and treats men and women equally in many respects. In particular, relationships in the labor market are regulated by the Labor Code, which forbids any discrimination based on race, gender, language, and religion.

However, if discrimination is forbidden by law, that doesn’t mean it doesn’t exist in real life. Belarusian women are quite often discriminated against — especially young women, who are seen by employers as “undesirable” employees due to maternity benefits.

The mandatory minimum length of paid maternity leave is 126 days in Belarus. There is also a mandatory paid parental leave of 969 days. The Labor Code obliges an employer to give an employee the same job when she returns from parental leave. Employees with minor children have additional legal rights to a flexible or a part-time work schedule, while dismissal of pregnant women is penalized by the law.

These benefits undoubtedly assist women with their responsibilities as mothers in taking care of children. But at the same time, employers, especially, private sector employers, may think twice about hiring young women as a result.

Furthermore, there is a gender gap in the retirement age which adversely impacts women’s career opportunities. Women retire at age 55 and men at age 60 (the retirement age is gradually being raised to reach 58 and 63 for women and men, respectively, by 2022).

Traditional views on the role of women are still common in Belarusian society. The World Values Survey results show that more than half of the population thinks that being at home with children is what women want most. Also, men tend to underestimate the role of women in the labor market. They are more likely to think that men are better political leaders or business executives than women , or that men should be given priority over women when jobs are scarce.

Once when visiting a university, I was told why there was not a single photo of a woman on their wall of honor: “because women are not suited to technical subjects.” 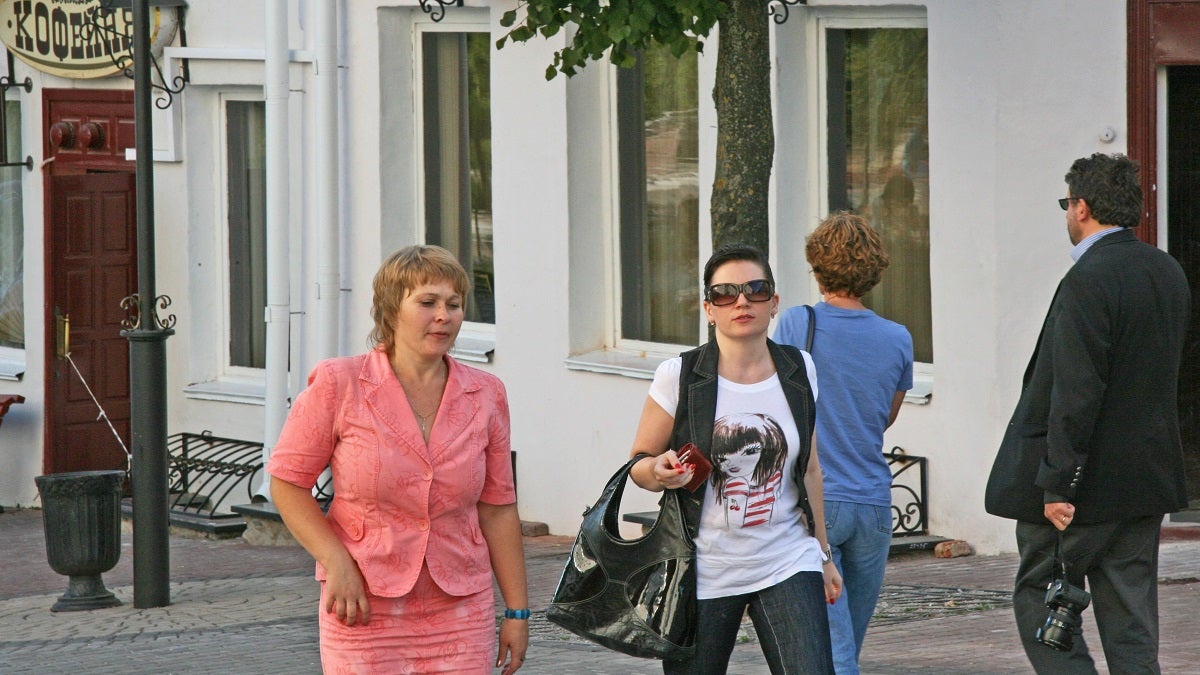 In Belarus, domestic violence is a major societal issue, with poor and uneducated women with children facing the highest risk. One in three women in Belarus has experienced violence at home, according to the statistics of the Ministry of Internal Affairs. The Government has supported the establishment of crisis centers and a free hotline for women, but lack of specific legislation on domestic violence against women and problems with the enforcement of existing laws remain a concern.

We all know that people’s minds are harder to change than laws. In order to change social norms, introducing gender studies in secondary schools and higher education institutions, developing special courses on gender equality for future journalists, and positive representation of women in mass media are just a few options available to help change gender stereotypes.

But statistics can’t tell you everything. Sometimes women — educated women in their twenties with an international perspective — tell me that the traditional roles of men and women are important for Belarus and should be maintained. Yet at the same time, everybody agrees that it’s incredibly tough having to hold down a job and keep a family going at the same time. The important thing is for every woman to be able to freely choose the life she wants, without having to fight against discrimination and prejudice.  We’re not there yet — not anywhere in the world. Dear Alex,
Thank you for this insightful blog. My father is a long-distance truck driver in Belarus at Belgruz. For me as a woman, the option of being a truck driver was never open to begin with. My life has taken me on a different path to the World Bank where I have been exploring what it takes to end the gender gap at Women, Business and the Law project. Apart from restrictive provisions in the Labor Code (Art. 262), Belarus remains among post-Soviet Republics that continuously preserves nearly 182 specific professions or occupational tasks across multiple sectors of the economy from which women are legally barred through the Resolution of Council of Ministers from 12.06.2014 №35. The resolution is a modified version of the legacy legislation that stemmed from a 1932 Soviet Union Law. While not all restrictions are enforced, their existence, nevertheless, may mean that some women avoid these sectors for employment and training. The lasting effects of this legacy legislation could nevertheless be vast. As you rightfully pointed out in your blog, one important negative implication is the reduction of women’s earnings potential, since many restricted jobs are often in higher-paying and profit-generating export sectors. Eliminating archaic legislation should not create substantive costs for Belarus, but will open a simple “having a choice” option for women in the country. As matter of fact, Armenia, is among the economies that have already done so. Also, to your point on extensive leave benefits to which women are entitled. While the median length of paid leave available to women in Europe and Central Asia accounts for more than a year (421 calendar days), as estimated by the World Bank's Women, Business and the Law project, total paid leave in Belarus (1095 calendar days) along with its regional peers, Azerbaijan, Moldova and Ukraine, entitles women to some of the longest stay out of the workforce for care. In contrast, the median length of paid leave available to women in high income OECD is less than a year (292 calendar days). Evidence exists that optimal duration of paid leave matters for women’s labor force participation. Paid leaves that are too long may set women back professionally and undermine their ability to get back in the workforce. For example, this was found to be the case in the Czech Republic where paid maternity and parental leave can last until a child’s third birthday. On the other hand, existing differences in leave between men and women could also increase the perceived cost of employing women and therefore diminish their employment opportunities. It never hurts to explore options of how men and women can share such leaves. For example, in Romania a parent who did not initially request parental leave (typically the father) is obligated by law to take 1 of the 24 months of leave. In contrast, most high-income OECD economies offer paid leave specifically to fathers, some with “use it or lose it” provisions and higher wage replacement to encourage men’s active role in care giving and promote gender equality at work and home. I hope this will give some food for thought on how to improve the legislative framework in the country that could impact the overall gender gap.