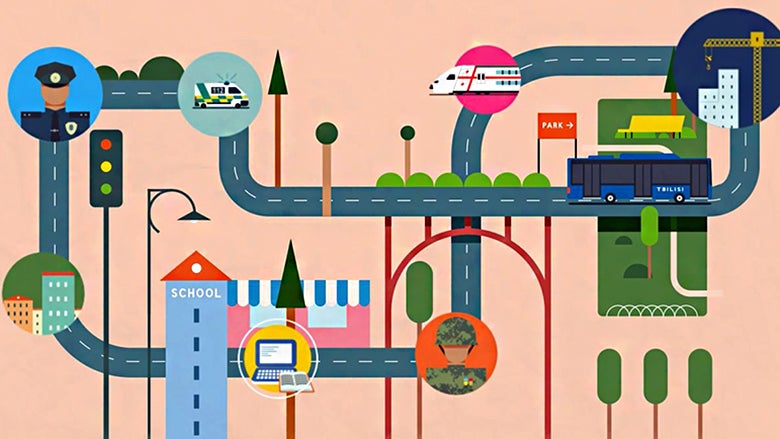 What exactly is procurement, you may ask? If you google the word, you’ll likely find several different definitions.

Essentially, procurement is about buying things. That sounds quite simple, of course, but it becomes much more complicated at the level of government buying, especially when complex risks and variables must also be considered. So, is there a way to simplify government procurement?

In 2011, I joined the World Bank team in Tbilisi and was immediately involved in the introduction and implementation of e-procurement in Bank-financed projects in Georgia, in partnership with the Georgian State Procurement Agency.

If asked today to explain the “magic recipe” behind the success in that procurement reform process, I would have to suggest political will as the main ingredient. With strong political will, even the most challenging and seemingly impossible tasks became easier to accomplish. Indeed, it took Georgia just 10 months and less than US$ 1 million to fully implement an operational e-procurement system, from scratch.

The benefits of e-procurement were immediate: zero paper, remote participation by bidders, increased competition and transparency, and reduced risk of collusion, along with a myriad of other advantages. We even produced this video to illustrate the benefits that an e-procurement system provides in Bank-financed projects.

Nevertheless, we did encounter some challenges once the system was up and running, which is to be expected in the early stages of any systematic reform. The most challenging and pressing issue we faced was the lack of procurement data.

While we had extreme transparency with the system, we found that analysis of tenders could not be performed quickly, while immense time and effort were required due to the lack of readable data. As such, all the project partners – the UK Government, the World Bank, and Georgia’s State Procurement Agency – came together in 2016 to transform procurement data into a machine-readable format.

Why machine readable? Because we wanted anyone in Georgia (and elsewhere) to be able to make a quick and reliable data analysis of where public money is going and how tenders are conducted.

With support from the UK Government and the World Bank, the Georgian State Procurement Agency launched in 2018 the beta version of an e-procurement data portal and reimplemented e-procurement data portal which generates machine-readable, tender information for all public procurement contracts for the years 2011-2018. Even though it is still in its early phase, the data portal has already reduced the time required for analytical work – which had previously taken weeks – through downloadable excel files and other formats. The next phase of the data portal will include the transformation of raw data into user friendly charts and graphs.

In June 2018, the Bank signed a Memorandum of Understanding with the State Audit Office of Georgia (SAO). The objective is to implement the “Making Big Data Work for Governance” project, in order to enhance SAO’s analytical capabilities, and equip the staff with effective audit management mechanisms and data analysis software. You can find out more about the benefits of the project in the short animated video below.
Georgia: Making Big Data Work for Governance
This project enables the citizens of Georgia, as well as everyone else around the world, to obtain reliable information on public finance, and stay informed about the governance issues in the country.
Because Georgia’s procurement system is now more transparent, secure and convenient, cooperation between the private sector and the government has resulted in substantial savings to the state and citizens alike.

If you are interested to learn more about the electronic approach to streamlining public procurement in Georgia, you can also check out this animated video.
Topics
Governance
Countries
Georgia
Regions
Europe and Central Asia

Interesting piece; thanks for sharing.

Great, very interesting article! Nicely illustrated with movie clips... Pls do continue publishing and promoting series of articles about latest developments and newly developed e-services of the Georgian e-GP system. Thanks much!