Modernizing property registration: Four lessons we can learn from Russia 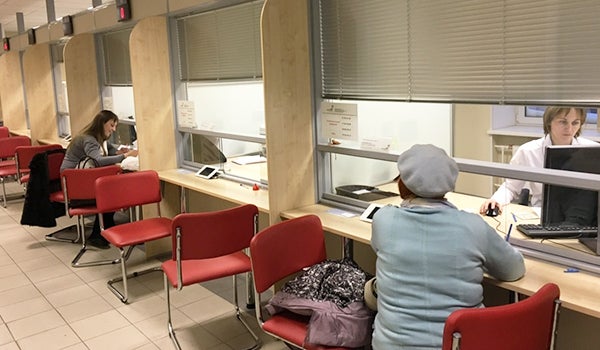 I just came back from a trip to Russia. Back in 2006 and 2007, I had traveled to Russia frequently as the lead for the Cadastre Development Project. This time - as a Global Lead for Land and Geospatial at the World Bank - I saw something I did not expect to see.

Privatization of real-estate properties and protecting property rights had become two important pillars of transformation following the end of the Soviet era. But, while they were important policy goals in the 1990s, the system did not really function properly: rights were not fully protected and people waited for many months to register property transactions.

In 2006, however, the Russian Federation embarked on a major program to modernize and digitize cadastre and property registration and unify them under a single agency, Rosreestr. I believed that, for a country as large as Russia, the transformation program would take 20-30 years before we would see visible changes.

I was therefore much surprised to see that change took place much sooner. In less than 10 years, Russia has managed to complete registration of all private properties – all 160 million of them!

Other important changes include the following: Above all, Russia’s Doing Business ranking on registering properties has improved from 51st position in 2011 to 9th position in 2017.

During my last visit, I was very interested to learn why Russia had managed to achieve something no other country has achieved in such a short timeframe. Let me share with you some of the lessons - and four factors - that I believe contributed to this success.

We talk a lot about political commitment in successful programs. In this case, it came from the highest level of government. I was told in 2006 that when the President of Russia met with the leadership of Rosreestr and asked them to complete the program in seven years, top management told him it was impossible to do so in such a short timeframe given the complexity of the program and the huge size of the country. Subsequently, a new management team took over, and the President allocated US$1 billion to complete the program, which was also supported by the World Bank.

Members of the Council include professors, real estate agents, surveyors, bankers, developers, and other citizen representatives. Councils undertake client surveys, identify bottlenecks and propose changes to procedures, as well as laws. During my recent visit, I met with the St. Petersburg Regional Department of Rosreestr, for example, which was also attended by the chair and members of the Public Council who shared with me examples of how - through their constant feedback - Rosreestr was able to improve the services delivered.

While the program was guided at the national level, activities of the program and decision-making were decentralized to regional officials. Empowering local officials has brought the government closer to citizens and ensured full ownership of the program at the local level.

Nevertheless, the property registration agency believes they can do even better. They want to be one of the top five cadastre/registration agencies by Doing Business ranking in 2018. And, based on what I saw when there, I have little doubt they can achieve it.
Topics
Digital Development
Urban Development
Governance
Education
Social Sustainability and Inclusion
Countries
Russian Federation
Regions
Europe and Central Asia Dear Wael,
Many thanks for sharing your very pertinent insights. I see hope and a lot of lessons for land reforms in Africa.
Two questions:
(1) Could you mention any example in Africa following similar route?
(2) How did the Bank contribute in the $1 billion registration program?

Thank you very much for the comment/questions. On the first question, while several African countries initiated programs on protecting property rights and improving land registration systems, nothing close to Russia, of course, for obvious reasons. Some countries made progress, notably Rwanda, who completed registration of property rights. But, they need to improve the entire system, including improving service delivery and to put in place other critical policies and a legal framework so that the citizens can benefit from improved security of rights. On the second, the World Bank provided around US$ 100 million in funding and also provided continuous technical support and facilitated knowledge exchanges between Russia and other countries – especially western Europe.