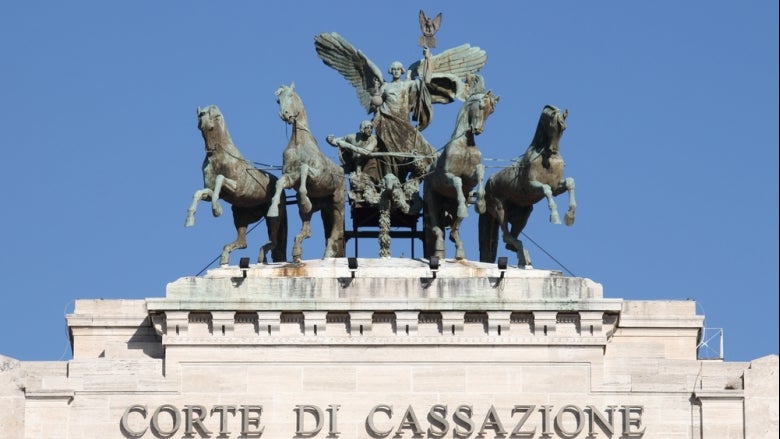 Three economists walk in to meet a judge in Rome...

Although this might sound like the setup to a joke, what ensues is not a punchline, but rather a demonstrable improvement in court efficiency.

The three economists had just released a series of papers suggesting that a certain Italian tribunal was using an inefficient practice for managing their cases. Based on an analysis of administrative data, the economists concluded that these judges were spreading themselves too thin - bringing forth too many cases simultaneously.

The result: these judges were holding first hearings for a lot of cases, but very few final hearings were occurring. It would have been more efficient to focus on just a few cases, resolve those, and then move on to the next batch.

This shouldn’t be surprising, as it accords with the growing evidence surrounding the Multi-Tasking Myth – the idea that multi-tasking might ‘feel’ more productive, but is actually bad for us. (See for example, studies here, here and here).

To illustrate the efficiency gains that can be made by focusing on just a few cases in a court, I will use the following hypothetical example:

A judge is assigned two different cases, A and B - each of which requires 10 days of undivided attention to complete. If she juggles both cases - for example working on A on odd days and B on even days - the average duration of the two cases is equal to 19.5 days (with both cases being completed on the 20th day). If she instead focuses on each case in turn, she completes A on the 10th day and B on the 20th -  meaning the average duration of both cases from the time of assignment is just 15 days.

You can see that under the second work schedule, case B does not take longer to complete, but case A is completed much faster.

In other words, focusing on one case at a time results in a Pareto-improvement across case durations. This simple example suggests that, conditional on effort, ability, and size of assigned workload, judges who juggle too many cases at the same time may take longer to complete all of them.

The economists believed that this insight also applied to the much more complex environment that judges face in the real world and in many courts across Italy - with each judge responsible for hundreds of cases on their dockets. By focusing on a few cases at a time, they believed that judicial productivity could improve. But experimental proof was lacking.

The opportunity to put this theory to the test came when the economists met the aforementioned Roman judge. The judge (actually, she was the President and in charge of scheduling the case workflow) agreed to carry out an experiment in which she would tweak case management in her court in the direction of “fewer cases at a time.”

The results confirmed that the experiment worked! That is, it produced an increase in the number of resolved court decisions while keeping “worker effort” fixed (the number of hearings held by each judge).

The experiment was noticed by the Consiglio Superiore della Magistratura, which adopted the “few cases at a time” principle among its best practices.

Beyond the specific lessons for case management, there are broader takeaways regarding the organization of justice and how change happens.

Judges, court administrators, and the government, must necessarily interact in order to produce justice. Every process in the justice system, including case management, is the result of the interactions between these three stakeholders. These interactions are not always easy and once a process is in place, a status quo bias arises, whereby stakeholders are reluctant to initiate process improvements to avoid upsetting a delicate balance.

However, if new ideas come from an external stakeholder (the economists, in this case), then it can sometimes be easier for an internal “champion” to promote change, because the ideas come from “the outside” - and is therefore more easily accepted. A similar phenomenon is sometimes observed with business consultants in firms (and with World Bank advice in client countries).

The organizational takeaway, then, is that improvements can come from matching external teams bearing fresh ideas with internal champions who are motivated to promote change.

Oh – and we should all stop trying to multi-task!
Topics
Governance
Countries
Italy
Regions
Europe and Central Asia Interesting and useful, I should share this with as a light touch conversation with Governments struggling with Case Backlog in their Judiciary!