Numbers don’t lie. That’s why, in our day-to-day lives, we rely heavily on numbers from household surveys, from national accounts, and from other traditional sources to describe the world around us: to calculate, to compare, to measure, to understand economic and social trends in the countries where we work.

But do we perhaps rely too much on numbers to gain an understanding of people’s lives and the societies in which they live? Do numbers really tell us the whole story, or give us the full picture? 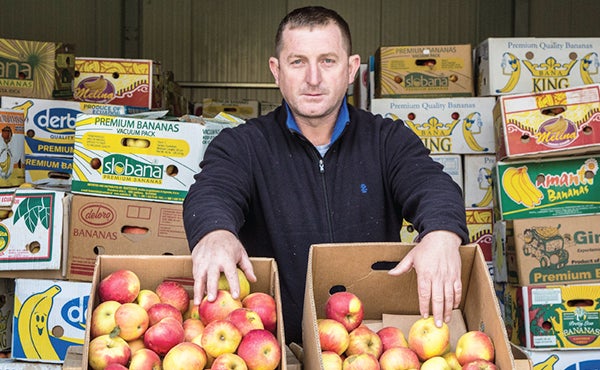 These questions came up recently when we were trying to understand changes over time in the welfare and living standards of people and communities across the Europe and Central Asia region. In our studies, we looked at the growth of the “bottom 40 percent”, trends in poverty rates, and GINI using household surveys – indicators that painted an overall positive picture of performance throughout the 2000s. For instance, the numbers told us that the share of people living in extreme or moderate poverty declined from almost half in 2000 to 14 percent in 2013; and that the middle class more than doubled between 2003 and 2013.

So, the message is very positive, right?

Not quite. We felt something was missing from the picture, and decided to look beyond the numbers. We agreed, therefore, to ask people what they themselves thought and felt about their own welfare and living standards.

What we heard from selected men and women across the region told us that traditional indicators do not fully reflect the reality on the ground. Indeed, recent qualitative research in 43 communities across 9 countries reveals that there is a lot of discontent, even in countries that have been growing fast. Similar insights have been obtained from the Life in Transition Survey: even in periods of growth, a large share of households in many countries in the Europe and Central Asia region claimed that life was better before the economic transition of the 1990s.

Almost everywhere, men and women perceive that advances in living standards have been more subdued (if at all), than traditional economic indicators describe – and they feel extremely vulnerable to downward mobility. In countries growing more slowly, they worry about a disappearing middle class.

Everywhere, there is a concern about growing polarization, echoing similar concerns in other parts of the world. But what is behind this disconnect between objective measures and people’s perceptions on welfare and mobility?

We asked men and women in the Europe and Central Asia region what factors they consider to be important in order to move up the “wellbeing ladder” in their respective communities. During those discussions, three strong views were repeatedly expressed:

“It is all only about work.”

The lack of (good) jobs, particularly among women and youth, is driving discontent amidst rising prosperity. But what is a good job? Only 78 percent and 47 percent of our respondents, respectively, thought that being a worker in agriculture or construction constituted a job. People have high aspirations, which make them exclude from their idea of jobs many ‘irregular’ forms of employment that are becoming increasingly common in the region.

People aspire to full-time, formal jobs with permanent contracts, and they place a high value on security and stability. As a result, close to 80 percent of the people we talked to declared they would rather work in the public than in the private sector - “because those are stable jobs.” Even youth tend to express a similar preference for public sector jobs, so this cannot be dismissed as a generational issue.

“Who you know matters more than what you know.”

The people we spoke with in the Europe and Central Asia region perceive social and political connections, and social norms, to be crucial for accessing jobs and improving individual well-being. Yet, both goals are perceived to be outside the control of the individual, leading to frustration and perceptions of unfairness in labor markets.

Men and women alike voiced great frustration about how the lack of connections curtails their opportunities, and with the unfairness in the process of getting a job. Many agreed that, “Nowadays, it’s very difficult to find a job without connections, whether through a political party or family ties.”

Similarly, social norms, particularly those related to gender, also mediate access to jobs. Women often referred to the need to redefine roles in the household in order to be able to look for jobs. In addition, lack of access to affordable and quality childcare limits options. Both men and women shared the widespread view that, “Women have worse prospects of finding a job, because mentality, family and children prevent them from being hired.”

Men and women in the region describe societies that are increasingly polarized, with an elusive middle-class. The message that resonates powerfully through their voices is that, “Those at the top, the rich ones, stay as they are, but those below are drastically different compared to 10 years ago, and we’re going downhill.”

Although everybody might be moving up, the fact that others are doing so more quickly affects perceptions, and therefore progress seems more modest. But there is also the view that people at the top are there not due to hard work but thanks to the fact that “they are better connected”, “they control how the money flows” and “they have more opportunities.”

Our study reveals a blind spot in policies aimed at improving access to more and better jobs, often because traditional indicators – on which most policies are based – do not capture the full story. Therefore, barriers such as the lack of networks and information, and social norms that keep people out of work are often ignored in the design of policy responses to the jobs challenge. And yet, they play a critical role in shaping people’s perceptions, behavior and opportunities.

Luckily, once these non-traditional barriers to jobs and mobility are diagnosed, they are actually amenable to policy. So, what can be done?

First, we can do better at connecting people to jobs. There is a growing body of evidence on interventions that work to address governance failures, especially around public employment, or information failures, by improving access to networks and information on school-to-work transitions and labor markets.

Second, we can do more to overcome social norms that limit access to economic opportunities, particularly for women. Again, evidence is building up on interventions that can make the difference. They include shifting aspirations through mentoring and role models, media campaigns, or innovative approaches involving employers, such as gender certifications and behavioral interventions to address hiring biases.

"Voices of Europe and Central Asia", our new report (available on 14 November), reveals the perceptions and aspirations of people in the region around mobility and jobs. But, this is only part of a bigger agenda in Europe and Central Asia, and beyond. Going forward, additional qualitative work – that goes beyond the numbers – could help us better understand the implications of these aspirations for people and communities at times of rapid economic change and growing concerns about polarization.

Join our panel discussion on 14 November: Do Numbers Tell the Whole Story? Perceptions and Reality about Prosperity and Jobs

"Voices of Europe and Central Asia: New Insights on Shared Prosperity and Jobs" was funded by the Umbrella Facility for Gender Equality (UFGE), a multi-donor trust fund managed by the World Bank Group. Great blog. Thanks for writing.