A Tale of Three Friends: Urban planning and why it matters for Polish development 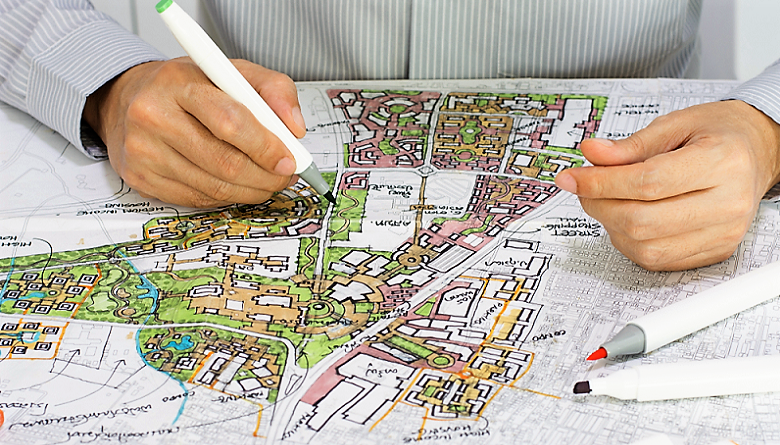 Everyone who knows spatial planning has heard this famous quote of Socrates: “By far the greatest and most admirable form of wisdom is that needed to plan and beautify cities and human communities.”

Socrates was right. Urban planning matters greatly for development - it impacts regulations, construction, economic growth, and the everyday lives of people. Currently, the World Bank and the European Commission are working with the Polish municipality of Rzeszów to improve urban planning and beautify this economic and cultural center in south-eastern Poland.

To illustrate the challenges Rzeszów has faced with issues of urban planning, I turn to Piotr, Lukasz, and Adam - three friends that grew up together in Rzeszow. They were born during the worst years of the Communist regime in Poland, when the centralized planning system was faltering and grew up during a tough transition. However, when the joined the workforce, the country was experiencing an impressive boom period.

Between 1990 and 2015, the GNI per Capita of Poland increased more than 6.5 times. In 2004 Poland entered the European Union and in 2008 it became a high-income country – the largest country to do so in recent history. The change they witnessed in just one generation was impressive.

The destinies of these three friends diverged at one point. Piotr began working in London, following a  Master’s degree at the London School of Economics. Lukasz stayed in Rzeszów, graduating from the Rzeszów Polytechnic University and securing a well-paying job with in town. Adam returned to a town near Rzeszów, after finishing his degree at the Public Administration University, and soon became Mayor - running on a platform that promised more say for citizens in the decisions of city hall.

Poland’s rapid growth has benefited each of these three friends, but in different ways. The offshoot of this growth – and its impact on special planning in their hometown – also reunited them

Lukasz, now part of the Polish middle-class, decided to take a bank loan and build a house where he could move with his wife, two kids, and pet dog. He chose a plot in a commune next to Rzeszow, where land was relatively cheap. Piotr, with the money he made in London, also decided to build a house, in a different municipality next to Rzeszow.

Piotr wanted his house away from the city, in a bucolic place with a great view of the surrounding forests. He found the perfect spot and, with Adam’s help, secured a permit and began building. Lukasz was not so lucky.

The municipality where Lukasz was planning to build his house was going through a building boom and the local administrations were scrambling to process the myriad of building requests they received each week. The absence of a clear spatial plan for the locality and a shortage of experienced staff meant that by the time Piotr’s house was being finalized, Lukasz was still waiting for his building permit.

However, while Piotr managed to avoid one pitfall of poor spatial planning in Poland, another soon materialized. When he finally travelled from London to inspect the progress being made on his bucolic home, he found that his one-beautiful views were now blocked by a nest of other buildings that had sprang up like mushrooms around his plot.

When he took his concern to Adam, the Mayor explained that his hands were tied - in the absence of a masterplan for the broader urban area, people simply built their homes where it was easiest to do – along the existing roads going into and out of Rzeszow. This led to congestion along the existing plots along these roads while plenty of open space in relatively good locations remained undeveloped. Without any regulatory tools or the proper legal framework, the Mayor and his fellow municipal employees were powerless to encourage more orderly development patterns.

This story – which, sadly, is all too common in Poland - illustrates that there are some issues that sub-national administrations in Poland have simply not tackled appropriately. A lack of spatial plans and a relatively low capacity for this planning at the local level make it more difficult to coordinate new developments.

Compounding these issues are cumbersome, bureaucratical procedures that waste time for people and add costs for the public administration. Last but not least, a lack of cross-jurisdictional coordination of infrastructure development leads to chaotic development patterns that come at significant environmental, social, and economic costs.

These are exactly some of the issues the European Commission, together with the World Bank and sub-national administrations in Poland are trying to address. Plans to create a ‘metropolitan masterplan’ are underway in Podkarpackie, while the city of Kielce has already adopted measures that will shortening the time it takes to issue a building permit.

While some harm has already been done, it is not too late to find ways to create more sustainable and efficient growth and development patterns. The way Poland develops now will define its future hundreds of years from now.