30 years of public management reforms: Has there been a pattern? 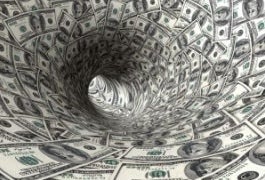 My thinking has been focused on the developed world, not at all on developing countries. However, when Nick Manning invited us to participate in the World Bank’s consultation exercise it did occur to me that this might nevertheless make useful background. Some of the observations apply even more to many developing countries than to the developed world.There is also perhaps some corrective value in remembering that, far from public management reform having been routinely successful in the developed world but being beset with difficulties in the developing world, it appears frequently to have been problematic in both. Humility is undersung as a management reform virtue.

This is a short summary of a full length, fully referenced paper that was written for another purpose as an academic overview, not written with any prescriptive or advisory intent. I have added, at the end, a few possible ‘lessons’ that might be drawn from this analysis. The full paper can be accessed here.

Has there been a pattern?

The answer is - yes, there has been a discernable pattern to the public management reforms which have swept over so many of the European, North American and Australasian countries (not to speak of elsewhere) in the three decades since 1980. Six prominent elements of this pattern are set out below.

First, public management reform itself (hereafter PMR) has become a more prominent political topic. It has emerged from the dusty backrooms of administrative change to feature, sometimes at least, as a major agenda item in party manifestos and government programs. It has acquired its own national and international networks and communities, which embrace not only public servants themselves, academics and a few politicians, but also, with increasing voice and influence, management consultants.

Second, the New Public Management (NPM) ideology of treating government as if it were a business has informed many changes in many countries. More recently NPM has been partly diluted and partly merged with other streams of reform ideas. It is not, as some have alleged, ‘dead’, but it has evolved.

Third, the widespread popularity of NPM ideas does not mean that the developed world has converged on the NPM paradigm. In fact the impact of NPM ideas has been highly variable, for reasons that we will enumerate. And other, rival models have gradually become discernable, although each seems as slippery and potentially inconsistent as NPM itself.

Fourth, we should note one very common element. It is that reform talk is often much more ambitious than the formal decisions that eventually get taken, and that there is then frequently a substantial implementation gap between what was decided and what finally gets put into operational practice. This is captured in the now widely-used stages model of talk, decisions, practice and results. This feature carries the strong implication that in our assessments we need to be careful to treat like with like: to compare talk with talk and practices with practices, and not confuse the different stages. The pattern of talk may well be a poor guide to the pattern of practice.

Fifth, evaluations of PMR have been ambiguous or unconvincing in many cases where they have been attempted. In even more cases - in fact probably in most cases - no credible evaluation (and certainly no independent, scientifically-designed evaluation) has been carried out.  PMR has frequently been more an act of faith than a piece of evidence-based policymaking. The recent explosion of international comparative indicators of good governance (and the like) has not fundamentally changed this state of affairs.

Sixth, instances of cycling or alternation in PMR are not uncommon. Decentralizing measures are followed, after an interval, by centralizing measures.  Intensive and detailed performance measurement is succeeded by a phase during which reformers say that measurement and audit must be lightened, and operational management freed from the unreasonable burden of monitoring. This is certainly not a universal pattern, but it occurs fairly frequently (and has recently been sanctified in management-speak as ‘re-balancing’). It appears to be connected with the long ago-observed fact that public administration faces a number of inherently difficult trade-offs, where opting for one direction brings benefits but also, inevitably penalties, so that, after a while, the penalties seem to loom large while the benefits become too familiar and taken for granted, so that a new generation of reformers turn back to the opposite direction.

Lessons for the World Bank?

I would suggest a number of ‘lessons’ which could be drawn from the foregoing analysis:
1. Big models, such as NPM or ‘good governance’ or ‘partnership working’, often do not take one very far.  The art of reform lies in their adaptation (often very extensive) to fit local contexts. And anyway, these models are seldom entirely well-defined or consistent in themselves. Applying the big models or even standardized techniques (benchmarking, business process re-engineering, lean) in a formulaic, tick-box manner can be highly counterproductive.

2. To take the first point further, the whole idea that there is one model or set of principles that can or should be applied everywhere is suspect. As many scholars and some practitioners have been observing for decades, there is no ‘one best way’.  The whole exercise of reform should begin with a careful diagnosis of the local situation, not with the proclamation of a model (or technique) which is to be applied, top down. ‘No prescription without careful diagnosis’ is not a bad motto for reformers. The points made in the World Bank's draft PSM Approach concerning careful diagnosis (page 23) need more development, but seem to be headed in the right direction.

3. Another, related point is that task differences really do matter. A market-type mechanism may work quite well when applied to refuse collection but not when applied to hospital care. Sectoral and task differences are important, and reformers should be wary of situations where their advisory team lacks substantial expertise in the particular tasks and activities that are the targets for reform. The Approach is oddly silent on this.

4. PMR is always political as well as managerial/organizational.  Any prescription or diagnosis which does not take into account the ‘way politics works around here’ is inadequate and incomplete. Some kernel of active support from among the political elite is usually indispensable.

5. PMR is usually saturated with vested interests, including those of the consultants/advisors, and the existing public service staff. To conceptualise it as a purely technical exercise would be naïve. The point that is somewhat buried within Box 9 in the draft Approach about the political purpose served by apparently dysfunctional systems needs much more prominence.

6. Successful PMR is frequently an iterative exercise, over considerable periods of time. Reformers must adapt and also take advantage of ‘windows of opportunity’. This implies a locally knowledgable presence over time, not a one-shot ‘quick fix’ by visiting consultants. The observations made in the draft Approach concerning the significance of continuous dialogue (page 22) is important.

7. It does work sometimes! But, as indicated at the outset, humility is not a bad starting point. Pollitt is precisely right--public management reform is now so firmly established that no self-respecting political leader can proceed without embracing reform, and no leader can be viewed as a great leader without producing big and new ideas. The very fact that PMR has become so fashionable has also made it hard to define and advance it, since each leader's effort to put an individual stamp on it has further confounded the underlying cycles of reform.

Still, Pollitt hits three important notes. First, the partnership piece is increasingly important. No one can really go it alone any longer. Second, performance--as a mantra and as a metric, is increasingly at the center of reform. That's all the more true for governments struggling to wring out extra productivity in tight budget times. Third, to a degree often not appreciated in PMR's first years, reform is inescapably political. It has life to the degree to which it has political meaning, and it lasts to the degree to which it helps advance political agendas.

Helping us find that path is a huge contribution of Pollitt's post.

These might not be laser-like answers, but they at least point in the direction we're increasingly likely to go.

I cannot access the draft on the link provided. Does anyone has the draft paper that the author mentioned?

I cannot access the draft on the link provided. Does anyone has the draft paper that the author mentioned?