Doing development differently: what does it mean in the roads sector? 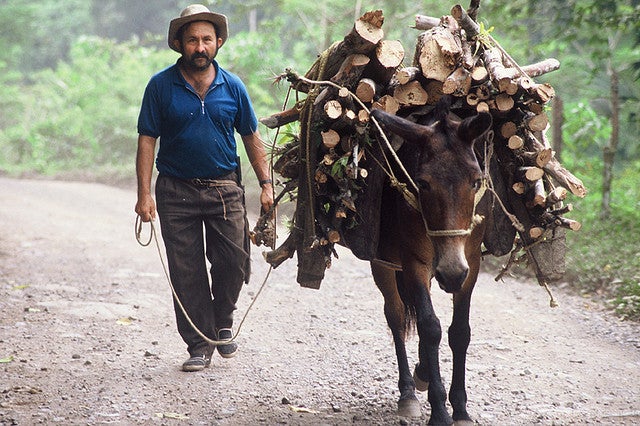 There is no sign that the revival of interest in adaptive and entrepreneurial approaches to development work is going tail off soon.

That’s why the demand is growing for indications of how the broad principles, as summarised in the Doing Development Differently Manifesto, apply to the various sectors where interested practitioners are found.

Fred Golooba-Mutebi and I have just published an ODI working paper that begins to fill that gap for one particular economic infrastructure sector, road construction and maintenance. The country is Uganda. The purpose of the study was to revisit a 2009 paper on the political economy of reform in the sector, which was followed by the launching of a DFID-funded programme called CrossRoads.

In 2009 we recommended that the expected programme should have a flexible learning-oriented design. It should give a central place to brokering solutions to the collective-action problems preventing progress in the reform, especially in regard to the emergence of a body of Ugandan-owned roads contractors with the capacity to undertake at least medium-scale projects.

We mentioned the already well-known approach to market-systems improvement known as Making Markets Work for the Poor (M4P), offering it as an example of what we meant. M4P encourages learning-by-doing, and it is a model of flexible working that funders find acceptable despite the hunger for ‘certainty’ that continues to drive the procurement and annual review procedures of many official development agencies.

Were we right to recommend it? Yes and no.

CrossRoads was given a strong M4P dimension, although less because we suggested it than because of the preferences of the then DFID infrastructure adviser in Kampala. And in this respect, the programme has done well. It has addressing inventively and effectively several of the market failures holding back local roads contractors. Access to both credit and skilled labour has improved, and so has the length of the typical maintenance contract.

Corruption and inefficiency in public procurement have been reduced by a CrossRoads-instigated system of parallel bid evaluation. Worthwhile efforts have been made to harness the influence of the great and the good in the roads sector by setting up a prestigious body, the Roads Industry Council (RIC).

In several respects, however, the sector reform process has proceeded at snail’s pace over the last six years . Crucial legislation is still missing. Capacities for collective action in defence of private-sector industry interests have barely improved. The potential of the RIC to shake things up has not been realised.

The bottom-line is that CrossRoads’ commitment to adaptive problem-solving stopped short of the formal and informal politics of changing the policy environment. The programme’s efforts to get needed laws and amendments onto the statute book took the form of conventional policy advocacy: putting out informative briefings, issuing press releases, linking up with campaigning NGOs, writing letters and hosting exchanges with officials.

This is a risk we certainly should have anticipated in 2009. But we too have learned a few things in the interim, notably about the methods and effectiveness of smart reform promotion in the Philippines.

So what is the specific character of Doing Development Differently in the roads sector?  Our hypothesis, based on the Uganda study, would be that M4P is not a bad starting point. But being very good at alleviating a narrow set of market failures is not enough. Market systems work needs to become more daring about addressing the politics  of improving the policy environment while holding firmly to the adaptive style that M4P, in its particular field, has helped to promote.

Other countries where we suspect this hypothesis could be tested include Democratic Republic of the Congo and Nigeria. Views from observers and practitioners in those countries would be very welcome!

Suggested Tweets:
Market systems work needs to become more daring about addressing the politics.
What is the specific character of Doing Development Differently in the roads sector? Great article - I work in the livelihoods sector applying a systems change/M4P approach so am less familiar with infrastructure models. It's interesting to read how similar the thinking is across different development thematic areas. I'd be curious to learn more about what the author thinks would be good to do in going beyond 'conventional policy advocacy' as it sounds like the project already took a few initiatives to do influencing. By 'informal and formal' I assume he's referring to various forms of power that need to be identified and targeted more, such as focusing on powerful individuals and their networks to push for greater change - or maybe campaigning more publicly? My criticism of M4P is that it often tries to work within the existing framework of actors' attitudes and behaviours rather than combining collaboration with some agitation to change the status quo. Is that what should be done here as well?