Is GovTech the missing ingredient to curb corruption? 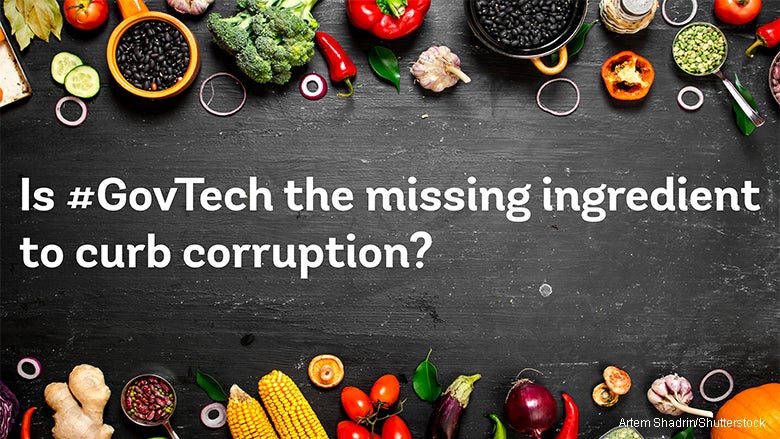 Along with other leaders from the World Bank Group, I am traveling back from a trip to Silicon Valley where we explored the links between technology and government, or GovTech, and their impact on developing countries and curbing corruption.

One thing that seemed to unite everyone we spoke to in Silicon Valley, from the smallest start-ups to global tech giants, was the quest for a “secret sauce” – that innovative tech solution that sets a company apart from its competitors and gives it an edge.

So, is there a “secret sauce” in the fight against corruption? And is GovTech part of that recipe?

There are three big areas where GovTech can make a difference. By leveraging the power of social networks, technology can change the balance of power between corrupt officials and citizens , like in India and Albania. It can create social pressure for change by crowdsourcing detailed, geo-localized data on where and how corruption is affecting the lives of people. 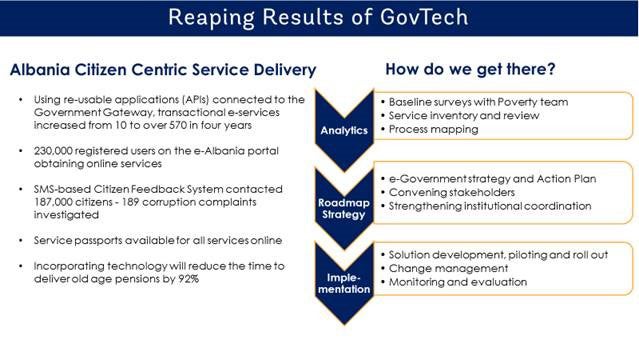 Second, the AI revolution is opening-up unprecedented opportunities to identify suspicious or corrupt patterns in apparently unconnected data.  This provides new tools for investigators and, provided they can safely access and process large amounts of data, really increases the likelihood of identifying complex fraud and corruption schemes. For instance, the World Bank is partnering with Microsoft to counter corruption by leveraging Microsoft AI technology with World Bank procurement data

Third, digital transformation provides an opportunity to leverage the power of good design. This includes designing software, such as distributed ledger technology including blockchain, that makes it harder for corrupt activities to be hidden. If used well, this technology has the potential to positively realign the power dynamics between citizens and the state and improve transparency in the use of public funds so that beneficiaries prosper.

Yet, at the end of the day, cooking is not just about the quality of the secret ingredient or the innovation of the technique – it is about creating valuable connections with others. Success in using technology to fight corruption is very similar – it boils down to creating the conditions that empower and incentivize people to make use of the amazing potential brought about by technological innovation. On 24 June 2004, during the UN Global Compact Leaders Summit it was announced that the UN Global Compact henceforth includes a tenth principle against corruption. This was adopted after extensive consultations and all participants yielded overwhelming expressions of support, sending a strong worldwide signal that the private sector shares responsibility for the challenges of eliminating corruption. It also demonstrated a new willingness in the business community to play its part in the fight against corruption.
For More : https://www.globalcompact.in/anti-corruption