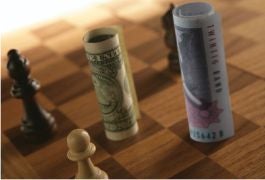 When it comes to confronting the issue of  ill-gotten money (through corruption or tax evasion, for example) and its negative impact on development outcomes, we development professionals have often been guilty of tinkering at the edges of the problem, while avoiding confronting its root cause. Through recent work, we are attempting to rectify this dilemma.

In a study conducted between November 2010 and February 2011 on ill-gotten money and the economy, the Financial Integrity team looked at the experiences of Malawi and Namibia. We approached the project with an open mind and without any assumptions, finding that for Malawi, corruption and tax evasion as a percentage of GDP represent a significant drag on economic development. Corruption is estimated at 5% of GDP and tax evasion, at a whopping 8-12% of GDP.  Meanwhile, we estimated that tax revenue actually collected by the Malawi Revenue Authority is only 22% of GDP. Thus, if the national tax authority had successfully collected all the taxes it was due, government revenue would increase by 50 percent. This is approximately about how much Malawi receives in foreign aid (11.7 percent of GDP). As one Malawi Revenue official stated when being interviewed during the study: “if we collected all the taxes, we will then not have to depend on foreign aid”.

The Namibian tax evasion situation is no better, as uncollected taxes are equivalent to about 9% of the GDP. This is larger than education’s share of the economy and almost as large as the mining sector—which generates most of the country’s export income. What makes things worse is that Namibia suffers from the highest income inequality in the world: The Gini co-efficient, which measures the gap between rich and poor, is estimated at 70.7. Tax evasion siphons away money that could be invested in productive resources needed to diversify the economy and address urgent social problems.

Furthermore, the revenue lost through corruption and tax evasion represents a diversion (“leakage”) of financial resources away from the national budget toward private spending. And these private expenses or expenditures have much lower “multiplier effects” than expenditures on, for example, agricultural fertilizers, education, health, and infrastructure.

There are four key things that practitioners can take away from the new World Bank study “Ill-Gotten Money and the Economy, Experiences from Malawi and Namibia”.

1. Losses caused by corruption and tax evasion are powerful examples of how criminal activities can potentially have tremendous negative effects on economic development.

2. Ill-gotten money is not spent on productive investments that can have a multiplier effect on an economy and benefit the significant majority of a population, rather than just a select few.

3. Policymakers in governments and development institutions such as the World Bank cannot afford to ignore issues that stand in the way of achieving economic progress, because it means that many people remain in poverty. So, in the case of Malawi and Namibia, addressing corruption and tax evasion should be part of a continuing dialogue with the two governments in our engagement with policymakers.

4. The study confirms the importance for developing countries to adopt, for their own benefit, customized legal regimes and institutions to go after dirty money. The regimes should reflect local political, economic and social contexts.

As practitioners, addressing these crucial issues head on – be it corruption, tax evasion or a bloated public sector—is our responsibility. No matter how contentious or uncomfortable it may be, we should avoid ignoring this “elephant in the room” and not look the other way when we know that any of these big issues are affecting a client country. We should explore initiatives that target the root of the problem—helping governments implement solutions to critical problems like tax evasion in the short-term, and exploring behavior-changing programs by educating youth on the perils of corruption in the longer term. We hope that policy makers will take our findings into account and do the same. commendable piece and effort to clarify and enhance development within client countries.It'll be a huge breakthrough in favour of development if Policymakers in governments and development institutions such as the World Bank liaise with Swiss and related offshore banks, properly investigate the sources of huge amounts of finances being fairied into their coffers by officials from same client countries. Meaningful development can never be achieved when corrupt officials are embezzling and returning aid money into bank accounts in same donor countries. Behaviour change programmes are recommended for youths but most especailly for government officials directly involved with handling development aid...

Thanks Anyeh for your comments. I totally agree with you and coming from a developing country, what you have said and suggested is key. I particularly like your idea of capturing the mind of a youth at an early stage. Infact, I believe this is really the long term solution to combating corruption and other financial crimes. Change the behavior while the mind has not become hardened!

Corruption is a network involving multi-stakeholders. Governments especially in developing countries are prone because of inefficiencies in legislations and enforcement of both laws and frameworks that discourage corruption and promote transparency and accountability. However in developing countries, multi-national corporations are also places we should beam our lights on. While they may pay taxes for operations performed in developing countries but do they pay the fair share? Are there cases where officials of such corporation collude with morally bankrupt indigene government staff to ensure they under-pay? and because of weak systems they may get away with such activities. Public auditing of the activities of these organizations may help expose underground dealings.
And I believe there is still much to be done in monitoring of money transfers looted from developing countries away to developed regions for deposit, investment or real estate use. This is where the power of partnerships could work more, ending corruption in developing countries requires us to share information between banks, clearing houses, business operations etc. And we need to do more in terms of disincentives for looting of public treasury and tax evasion. A publicly available database of looters could be a good idea for the world to know who looted what, where, estimated loot, and schematic of how the looting might have taken place.
We also need to strengthen civil society organizations in developing countries to monitor corruption indices. Availability of information on revenues and spendings in the public domain can also encourage the citizenry to hold their leaders accountable or at least know what financial resources leaders control over a certain period of time. For instance the former Managing Director of the World Bank during her first tenure as the Minister of Finance in Nigeria few years back introduced the reporting of revenue allocation to the 3 tiers of government in the country. This was done through publishing in local newspapers. And for the first time in the history of the country the average person could be armed with the information on how much a state or local government received on a monthly basis. This potentially could serve as advocacy tool to demand for efficient use of resources and accountability.
Related to this is the lack of true democratic institutions and values in some developing countries. We may not be able to make public information on corruption count if leaders can not be 'fired' at the end of their tenure bythe public court of the electorate. Check out all those countries with leaders who have held on to power beyond the normal time including those who have manipulated constitutions and you are sure to see some systemic corruption entrenched.
Finally we need to reform tax systems in developing countries so that individuals pay their fair share in accordance to their income and/or any other meaningful, non-partisan taxonomy. And this is my last suggestion and the last in the line of interventions because until we block other channels of waste and corruption and have a guarantee that revenue from taxes will be used in a responsible manner with accurate public records made available then we don't have the moral right to ask the average worker or business enterprise in Accra, Abuja, Harare or Nairobi to pay their fair share. That I think is rights-based.

I totally agree with you and coming from a developing country, what you have said and suggested is key. I particularly like your idea of capturing the mind of a youth at an early stage. Infact, I believe this is really the long term solution to combating corruption and other financial crimes. Change the behavior while the mind has not become hardened!

Excellent article, which ratifies, at least for me, that the World Bank is aware of these issues and in certain countries (e.g. Dominican Republic) doesn't do anything to correct the situation.

Dear Mr Stuart Yikona, Senior Financial Sector Specialist, Finance, Competitiveness and Innovation Practice, East Asia and the Pacific Region, World Bank, USA
I am a PhD Research student from University Tun Abdul Razak (UNIRAZAK), Kuala Lumpur, Malaysia.
If you could spare a few minutes of your time to answer the Informational Interview Questions, it would be much appreciated.
There is no right or wrong answers. Only your personal opinion matters.
This study would like to draw conclusions from your approaches and opinions on risk factors which are the most important on Operational Risk Management Strengths in Malaysian Banking and Financial Institutions (Conventional and Islamic).
The information provided on the questions remains strictly confidential and safeguarded in accordance with the Malaysian Personal Data Protection Act 2010 (PDPA).
Your survey reply will be helpful in success of the study.
Thank you for your cooperation.
Nizam Shah Allabasc
PhD Researcher, Universiti Tun Abdul Razak
Kuala Lumpur, Malaysia
Handphone: +60192658445
Email: [email protected]