​LGBTI people are (likely) over represented in the bottom 40% 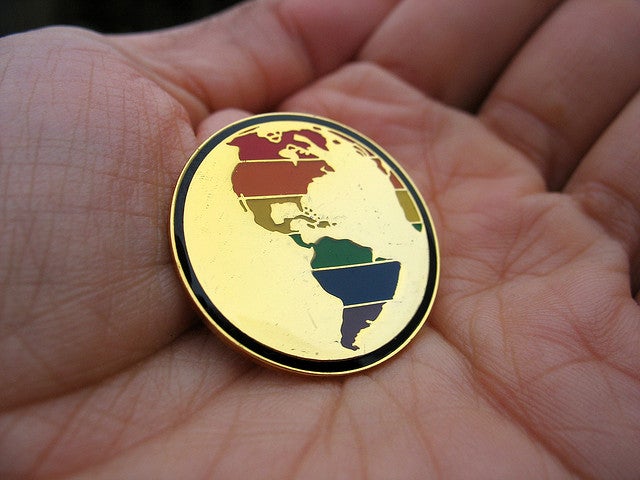 World Bank President Jim Kim recently said “we will not reach our twin goals […] unless we address all forms of discrimination, including bias based on sexual orientation and gender identity.”

Sexual and gender minorities are particularly important for the Bank because they are (likely) overrepresented in the bottom 40% -- the target of the Bank’s goal to promote shared prosperity.

Why only “likely”? Because robust data on LGBTI development outcomes is rare, even in high income countries.  With support from the World Bank’s Nordic Trust Fund, we are seeking to fill some of these data gaps, starting with research in the Western Balkans.

What we do know is that, across the board, barriers to education and employment contribute to greater chances of being poor – and this may be worse for LGBTI individuals.

Available data on Lesbian, gay, bisexual, transgender and intersex (LGBTI) people shows that youth are more likely to face barriers in getting a good education.  It’s also harder to find – and keep – a job, pushing LGBTI people further into poverty.

Education
American LGBT youth experience verbal harassment twice as often as their non-LGBT peers , are twice as likely to experiment with alcohol and drugs, and experience significantly higher rates of mental stress. Over 55% of US LGBT students feel unsafe at school, compared to 4% of students at-large. Similarly, over half of the LGBT respondents to a survey in Europe experienced verbal harassment in school.

Discrimination and exclusion have dire impacts.  Around 29% of homosexual and 40% of bisexual US youth have seriously considered suicide, compared to only 11% of their heterosexual peers. Studies from the UK and Australia indicate equally high rates of suicidal thoughts and attempts.

Data from developing countries is scarce but evidence from Brazil suggests similar experiences of LGBTI youth. Interviews with travestis [a local transgender term] showed that 44.9% of interviewees did not finish elementary school due to their sexual orientation and gender identity.

Employment
A 2012 European survey revealed higher unemployment rates for LGBT people (15%) compared to the general population (10.5%).  Why is this? Well, it’s harder to find a job and keep one if you are LGBTI .

A 2011 study sent two almost identical resumes to 1,700 US job openings. The resume listing membership in a college LGBT organization had a 40% lower chance of receiving a call back.  Similar experiments in the UK and other countries showed the same patterns of discrimination.

LGBTI people who are open about their sexuality in the workplace are three times more likely to report experiencing discrimination than their closeted colleagues. In many countries – and 18 states in the USA – it’s actually legal to be fired because you’re LGBT.

And if you do find and keep a job, gay people are likely to earn less.  An analysis of multiple income studies found gay men to earn less than heterosexual men with similar skills and experience.

Poverty and hunger
Higher barriers to education, mental stress and the lack of decent employment pushes people into poverty.  This is also true for LGBTI people. In a US study 29% of LGBT respondents reported food insecurity in the previous year , compared to 16% nationwide.  And a survey in Chhattisgarh, India, found the majority of the trans population live below the poverty line.

President Kim recently said, “(…) barriers and mistreatment create living conditions that prevent LGBTI people from reaching their full potential.” We won’t be able to help our client countries develop policies and operations to improve outcomes for the bottom 40% until we know more about the people who make up this group. This means for more robust data collection and special consideration of development outcomes for LGBTI individuals.

Tweet this:   #LGBTI people are likely overrepresented in the bottom 40%

Tweet this:  Barriers to education and employment mean greater chances of being poor - worse for #LGBTI individuals I am a young, ambitious gay man living in remote areas in Kenya, I have at least a privilege to go to school, worked extra hard and I am now in college.
All this has been successful because I chose to hide my identity as a gay person till today
All I would ask for is help from good people to help me start that conversation here in Kenya
Together let's end discrimination and unemployment amosgt LGBTI