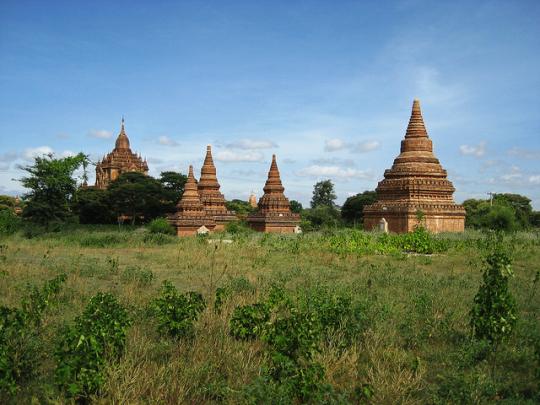 Myanmar is embarking on a triple transition: from an authoritarian military system to democratic governance; from a centrally directed economy to market oriented reforms; and from several decades of conflict to peace.

Since 2011, leaving behind decades of isolation, fragility and conflict, a reformist government has steered unprecedented political and economic reforms intended to open Myanmar to the global economy, boost growth, and reduce poverty.

Due to increased donor financing, Myanmar has to prepare for a substantial increase in public spending. Substantial increases in public investments will require a robust public procurement system. While current legislation is a great start, “we are still facing a lot of practical problems,” said the Deputy Minister of Construction at a workshop on procurement of civil works. The existing directives will need to be strengthened to meet varying and growing needs.

To combat emerging challenges, the Myanmar government has been partnering with the World Bank in the Modernization of Public Finance Management (“PFM”) Project, which supplements Myanmar’s efforts in developing a stronger public financial management system including a modern national public procurement system.

To ensure an inclusive process, the Ministry of Finance is in the process of establishing a steering committee of members drawn from various line ministries to define a strategy for the development of a modern public procurement regime. “The World Bank is honored and committed to provide full support to the Government of Myanmar in its efforts to establish an effective public procurement system,” noted Abdoulaye Seck, the World Bank Country Manager in Myanmar, and the World Bank team has been supporting the Myanmar Government to implement the PFM project.

Currently, the demands of development are outpacing the process of national reform. To meet the urgent needs of the government, the World Bank is working with the line ministries to strengthen their procurement practices and address current problems in public procurement that are hindering efficient public service delivery. Foremost among these initiatives is the World Bank’s engagement with the Myanmar Ministry of Construction (MoC). The MoC finds itself at the forefront of challenges involved in contracting out for construction of public facilities, considering the agency commands the national imperative to improve infrastructure like roads and bridges. While MoC prepared “Directive on Execution of Works by Contract,” (i.e. “Works Directive”) in January 2014, they are facing challenges with implementing the Works Directive.

To help Myanmar manage emerging challenges, the World Bank is organizing series of workshops to address specific problems that demand immediate solutions. The first workshop was held with the MoC in December 2014 under the title “Improving Implementation of the Myanmar Directive on Execution of Works by Contract.”

Several procurement specialists from the Bank with rich experiences in public procurement shared their global knowledge and good practices from various countries. Eager to provide targeted assistance, the Bank specialists first worked with MoC to identify specific challenges they were confronting and then offered various solutions to best match the issues raised by MoC. The success of the “dialogue-style” and “solution-driven” workshop generated strong interest from MoC to prioritize necessary actions and quickly revise the Works Directive.

Moving forward, similar workshops will continue to be organized to address Myanmar’s practical challenges in implementing the existing legislation as well as establishing a strong and effective public procurement system to ensure better public service delivery. interesting and unique experience in the world. G

very helpful for the country, and also very challenging

It is also challenge to Public Procurement authority.

We have same issues in early 2005, with the lelp of the World Bank Group, we have PPA/ PPR. We developed Training Manual, we have conducted Training to about 10,000 staffs.

Nepal has completed its Public Procurement Reform with the help of the World Bank Group and ADB. We have coducted series of PP Capacity Building activities and trained more than 10,000 staffs.
Shambhu KC, Joint Secretary, Ministry of Urban Development, Nepal