Nine Lessons for Bridging the Gap between Cities and Citizens 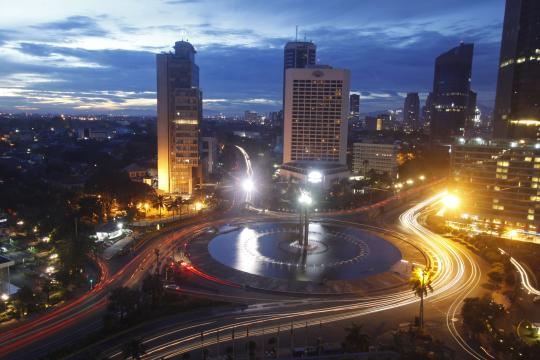 Recently, the lack of economic and social opportunities in many urban areas have triggered that the urban poor express a greater demand for a voice in local decision-making that affect their lives. An increasing number of city governments are realizing that open and responsive public institutions are imperative to achieving better and more sustained development results.

Important questions however remain: What is the impact of open government approaches to improving public services to poor communities?  What are some examples of where the emerging Open Government approach has made a difference in the lives of the urban poor?

These are some of the questions which were discussed during a high-level panel on Cities and Citizens: Game Changers for Inclusive Development hosted last week during the Annual Meetings. At the center of the discussion was how to move towards collaborative governance model that is based on a relationship of trust between citizens, civil society and local policy makers.

Moving towards a citizen-centered model of government is critical for achieving better results.

But what does this mean in praxis? What are some of the bottlenecks and pitfalls of such an approach?

Here are nine lessons learned from our work on Open Government and Citizen Engagement programs  around the world.

These are just some early lessons we have learned. Many questions remain open on how to foster collaborative governance models and how to promote inclusive institutions that can effectively respond to the needs of citizens

What do you think? Tell us in the comments.
Topics
Health
Governance
Digital Development
Transport
Urban Development
Regions
The World Region Thanks for this Soren and I agree with all your points. The problem that I see is that the default position for governments and agencies (including dare I say your own) is to go with the processes that require the least expenditure of human and political capital (and risk). Empowering communities/the grassroots with technology is time and energy consuming and involves pushing back against long entrenched positions and incumbents. Much easier simply to turn it all over to a bunch of consultants and vendors errr `solution providers` and let them handle everything. The institution can get the credit if it works out and they can be blamed if it doesn`t.

Open government is a good idea, but the devil is in the detail and success depends on the way it is implemented. Good data are very powerful, but they may be used for both good goals and for bad ... and can be gamed in all sorts of ways. There is very little clean data available for analysis, and I believe we should be very skeptical about the ability of data science to make much sense out of very dirty data. Early in my career before my work in the development arena, I was a corporate CFO. I know the power of data ... but it must be used in ways that have benefit to society as a whole and not to powerful special interests only. An important component of success is going to be having the right data architecture so that achieving clean data is made a whole lot easier, and gaming the system much harder. In my view 'Open Government' without a strong metrics component will not get much traction.

Soren thanks for posting this sythesis of early lessons learnt.
Overall takeaway = Technology nor Openness is in itself is not transformative and requires infomediaries to build citizens' capacity and intent to enable effective use of Open Gov Data.
My interpretation = The missing ingedient for citizen-led transformational change is not data or tech but the critical capabilities of the urban poor, youth and minorities to identify their own interests plus the informational capabilities to make effective use of ICT in securing them.

Dear Tony,
many thanks for your comments. Yes, in fact we have learned that it is critical to strengthen both the demand side and the supply side Open Government. It is thus essential as you have pointed out to strengthen the informational capabilities of poor and marginalized communities. Only by enhancing their human capabilities all citizens can play a proactive role in the co-creation of local solutions. At the core of such a process lays to gradually build trust between citizens and governments and to strengthen the inclusiveness of government programs. Thus open data and technology itself only play a secondary role. While they can be key enabler for change, they need to be embedded into the existing socio-cultural context and the political, social and economic factors need to be in place so that the opening up of data and enhanced transparency can have a positive effect in the long-term.
I hope these thoughts are helpful and looking forward to sharing experiences with you in the near future.

Great list of lessons (to be) learned Soren. Paying attention to city and in general local level is the right way forward to building responsive government institutions and strengthening local capabilities in closing the gap between cities and citizen.
Once we have identified new and innovative measures to increase civic participation, it is institutionalizing open and inclusive decision-making mechanisms that remains the most challenging part of the process.
I am glad to see the issue of power structures in your summary. Rebalancing power amongst state and non-state actors remains a challenge, especially in urban environments where local/city governments struggle to maintain authority amidst an overwhelming list of old and new tasks.
What would be especially important to explore is the role of the private sector in both alleviating this burden in service provision through the use of new technology as well as keeping the varied governance structures engaged in improving governance processes.