What’s the latest systems research on the quality of governance? 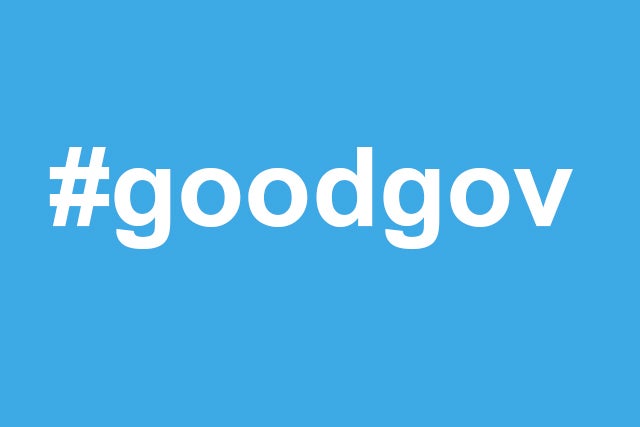 Blog reader: “Dan! The government is one big system. Why didn’t your blog on the latest research on the quality of governance take this into account?”
Dan (Rogger): “Well, typically frontier papers in the field don’t frame their work as ‘modeling the system’ [which do?]  However, Martin Williams at the Blavatnik School of Government hosted a conference last week on ‘Systems of Public Service Delivery in Developing Countries’ that directly aims to discuss how research can take into account the systemic elements of governance.

There were a range of sessions that reviewed literatures that focus on governance systems
Kara Hanson gave an overview of research on implementation systems in the health sector, emphasizing how much research to date has focused on the ‘building blocks’ of systems, looking at one part of the health system in one place.  The field is moving towards studying ‘whole system’ performance as complex adaptive systems - that form a whole that is distinct from its constituent parts - and trialing the embedding of researchers inside health organizations to better appreciate system wide constraints. These researchers try to identify counterfactuals when the whole system changes, and when interventions have multiple avenues to influence health.

Lant Pritchett began his complementary overview of systems research in education by outlining the huge diversity in learning outcomes for countries of the same GDP and with the same average years of education. Basic characteristics of systems such as expenditure, class size, etc. on which there is currently available data do not explain these differences. He argued that current RCT-based methods of analysis are ill-equipped to improve our knowledge of what does explain the variation (Lant’s rather succinct comment on “the entire idea of evidence” was recorded here by Guy Grossman). Rather, building on the World Development Report 2004’s accountability framework allows researchers to focus on what accountability systems govern distinct design elements (or not).

In a counterpoint to the above plenaries, Joachim Wehner argued that public finance and budgeting is a literature that has naturally focused on systems [which is not the same as analysis of the whole system].  It has been able to assess the impact of systems by: i) using variation in decentralized settings, ii) disaggregating composite explanatory variables; iii) breaking down processes into smaller segments to trace its impacts; and, iv) exploiting natural randomness that shocks elements of systems.

Adnan Qadir Khan argued that a systems approach to bureaucracy should be theory-based, and undertaken in a collaborative, embedded, co-generated way with members of the system [sounds like the work we do at DIME - http://www.worldbank.org/en/research/dime, the unit I work in at the Bank; our methods are described in our annual report]

Then there were a series of parallel sessions on specific topics …

Systems Reform
Introducing a set of basic pediatric protocols [system norms] in #Kenya increases the number of admitted children measured for acute malnutrition by 71.5 percentage points, amongst other improvements in records #AdministrativeData [paper] (Mike English and lots of co-authors)

Deployment of financial management information systems should be risk-based focusing on high value spending agencies and high value transactions, whilst novel banking sector innovations from the South such as m-pesa could be used for smaller transactions #LiteratureReview [paper 1, paper 2] (Moritz Piatti and Ali Hashim)

Models that simulate the #UK’s infrastructure systems (modeling their interdependencies, forecasting demands, determining the impact of infrastructure decisions) can be adapted for other countries #Simulations (Will Usher; he’s happy for anyone interested in adapting these models to contact him at [email protected])

The non-adoption, abandonment, scale-up, spread, and sustainability (NASSS) framework (built for health and social care in the #UK) could be applied to assist the rollout of a range of technological innovations #LiteratureReview [paper] (Chrysanthi Papoutsi and co-authors; there’s lots – it was a big interdisciplinary effort)

Information in Bureaucracies
Local governments are 0.5 standard deviations more accurate in their assessments of the characteristics of their local citizens than regional or federal governments, and the difference is due to the superior incentives they face #RCT #Ethiopia (Dan Rogger and Ravi Somani; disclaimer: the first bloke is me)

Providing information on likelihood of success to claimants in #Mexico City’s Labor Court or encouraging parties to sit with a conciliator before their hearing increases same day conciliation by 5 percentage points in both cases (almost doubling the baseline probability) #RCT (Joyce Sadka, Enrique Siera and Chris Woodruff)

#Singapore’s emphasis is on ‘whole of nation’ policy making and staffing (that takes into account holistic impacts of decisions, ‘forces’ agencies to speak to each other, and sets up cross-cutting agencies to resolve intra-agency conflicts) #CaseStudy (Aaron Maniam)

Curating informative and service-oriented web sites at the local government level in #Tanzania is critically determined by the buy-in of local leaders and their information and communication technology officers, and the fostering of demand from an active civil society #CaseStudy (Fenohasina Rakotondrazaka)