Why we should care about transparency 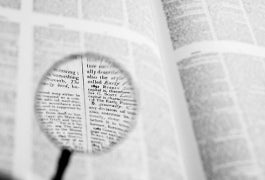 The question we must ask ourselves then is, is transparency only valued because we believe it will have an effect on accountability? In effect, if transparency didn’t affect accountability, would we still value it - would it still be a dimension of the work that the World Bank wanted to support? It’s an important question, because in fact we don’t know that much about the relationship between transparency and improved performance. There isn’t actually that much information that demonstrates that purely improving transparency directly leads to better performance, outside some very well-known examples like the education sector in Uganda – where greater media scrutiny of school spending led to a massive reduction in leakage and more money going directly to schools. We shouldn’t assume that by increasing transparency we will necessarily improve either accountability or performance.

There’s strong research that shows the relationship between greater media freedom and development and reduced corruption levels. Broadly we can say that the freer the information environment – whether that’s through a strong journalistic institution or through voluntary disclosure – the less corruption there is.

Transparency, more information and better flows of that information, are also critical to governments that have problems knowing what’s actually happening in their programs, especially in decentralised settings. It’s particularly true when it comes to things that are hard to know or monitor – like health or education or road building in remote areas. So information flow in this way changes the ability for the government to manage its own programs.

It’s important to point out that while we talk about the importance and flourishing of transparency in different contexts, there are an increasing number of countries in East Asia and around the world where the information space is being impinged upon by laws that assert security or privacy concerns. We’re seeing a whole range of clampdowns on information, which have significant impact on the availability of information.

The World Bank’s role in promoting transparency is multifaceted. Discussing transparency and how it’s relevant both to the way governments function, as well as to the relationships between governments, is vitally important in terms of sustainable development. The Bank should support creative uses of information – the Extractive Industries Transparency Initiative is one example. The Bank’s Open Data initiative and the Apps for Development competition is another. It’s also important for us to support the ability to analyse information and the value of information. Thirdly, within our project-level or operational engagements, we need to really focus on the provision and generation of information in useful ways and on building our clients’ capacity to make use of that information, both government and non-government groups.

So the question of why we should care about transparency really focuses on our own duty as a development agency to do everything we can to make the information that we have accessible and usable. Transparency is about publishing information, but it’s also about inviting people in, to use the information in creative ways. Transparency does not only entail disclosing relevant information; it also requires that local partners have adequate access to how information is disseminated. The Bank is headed in the right path by publishing information on the web but how about communities which do not have access to internet? The challenge is how can it creatively popularize materials so that they are understood by the common people in terms of how World Bank-supported projects provide benefits and create impacts.