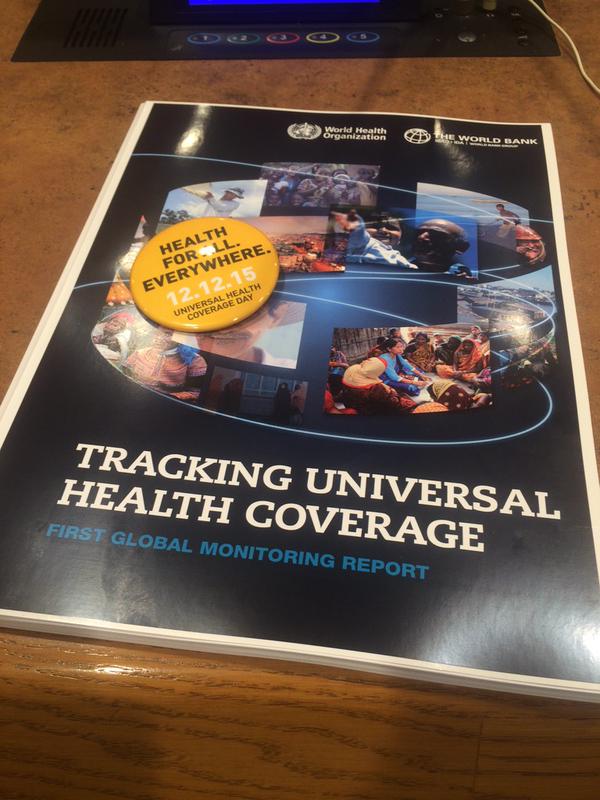 Last Friday, I had the privilege of attending the launch of a new global report that provides the clearest picture to date of countries’ progress moving toward universal health coverage (UHC). UHC is critical for building resilient health systems, which protect communities and strengthen societies in times of crisis and calm alike.

The report, released by the World Health Organization and the World Bank Group, builds on long-standing engagement and support by my organization, The Rockefeller Foundation, to develop indicators to measure and monitor progress for UHC. It is the first of its kind and represents a significant step forward in the global push to achieve health for all. Here’s why:


The Rockefeller Foundation looks forward to accelerating the global movement toward UHC in the post-2015 era.  This report gives us a critical boost in making the movement more targeted and data-driven, which should help us galvanize policymakers and, ultimately, reach the 400 million people in need of health coverage. Thank you very much for your efforts. Congrats and best wishes in the years ahead.
Obioma Obikeze

I need to to thank you for this very good read!! I definitely loved every bit of it.
I've got you saved as a favorite to check out new things you