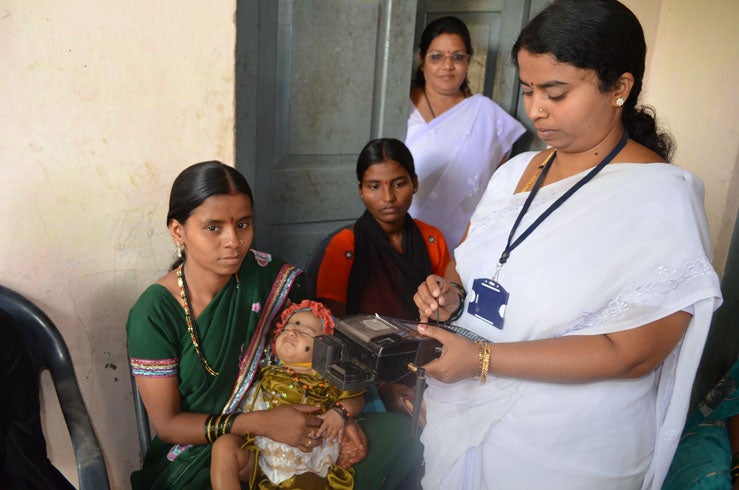 A number of recent innovations have increased the scope of climate insurance available for rural communities. For example, by using rainfall or forage cover instead of individual assessments, farmers and pastoralists have the option of insuring a portion of their livelihoods. A range of schemes have been attempted to provide a similar level of coverage for out-of-pocket health expenditures to workers in the informal sectors.

To a fair degree, there is little in common between insurance to alleviate weather disasters and most programs of health insurance in low- and middle-income countries. For one thing, the types of weather shocks insured are believed to be rare and the coverage is designed to mitigate crippling loss when such an event occurs.  In contrast, many health insurance programs cover relatively common events rather than catastrophic costs.   Moreover, they generally have a goal of increasing the use of health services in cases of unmet need. In fact, many health insurance programs are targeted fee waiver programs or prepayment plans for basic services, including preventative care.

The distinction is not merely semantic; such a form of health insurance coverage is a transfer program financed by the government, often with only a nominal payment by the beneficiary. Thus, these programs do not generally seek individual contributions based on actuarial risks and as such they have may have little or no attraction to private insurance companies without subsidies. This form of health transfer, however, avoids many of the obstacles to insurance coverage. One of these obstacles is that the concept of true insurance is hard to communicate; although poor households are vulnerable and recognize their vulnerability, they are often reluctant or unable to pay premiums.

India’s innovative health care coverage program, the Rashtriya Swathya Bima Yojana (RSBY), featured at a recent World Bank-supported South-South Learning Forum in Hyderabad, India, entitled “Building Resilience and Opportunity”, blends both elements of fee waivers targeted to poor households with aspects of insurance that separates the financing of the health care coverage from the delivery of services. RSBY is essentially a voucher program utilizing a smart card, with the additional potential of serving as a platform for a range of government services. The voucher allows a degree of consumer choice; the electronic nature speeds up payments, removing a bottleneck that has bedeviled many programs to finance health fee waivers for the poor. The beneficiaries pay only a nominal fee, divorced from risk assessment. Virtually the full cost of the program is paid by the government, but by using private insurers who presumably assess collective risks and make their bids for the three year contracts accordingly, the government concentrates on targeting and financing rather than service provision.

It is noteworthy that the costs of doctors’ fees and drugs are not yet a focus of the scheme.   While these costs are less likely than hospital costs to bring a poor household to destitution, quality could be improved if the coverage could set up incentives to use the services of accredited doctors (tacitly assuming that a system of endorsement is practical). Moreover, the informal sector workers who are the target of this program often are as much at a risk of debt or impoverishment from their inability to work as they are from the out-of-pocket costs of illness.  Expansion of coverage is attractive to governments, whereas expansion of cost recovery to make such a program closer to true insurance is less so. Still, as smoothly functioning health fee support programs are rare, this innovation in India is likely to attract scrutiny, and hopefully, lead to further innovation.