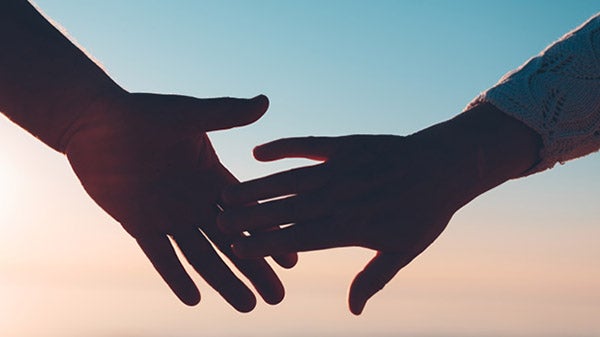 When the door closed behind her, Maria’s world seemed to collapse. The mother of a girl and two boys had just learned that her eldest son, the teenager who became the pillar of the family after their father died, was not only in a deep depression and increasingly using alcohol but he was gay. She had noticed him becoming moodier and even heard he received a warning at his job for not showing up, something totally unlike him at all. She felt helpless but knew his depression had to stay hidden from the rest of the family and the neighbors as mental health problems brought with them social stigma. But she was most afraid someone would find out he was gay, causing the family to be ostracized and endangering the future of the other children.

Stigmatization and lack of adequate, accessible health services affect lesbian, gay, bisexual, transgender and intersex people in low-  and middle-income countries. The lack of health services, from reproductive and sexual health counseling to mental health, cancer, HIV prevention, and early diagnosis and treatment can have negative impacts on the individual, their families and the communities they live in. The stigma and exclusion LGBTI persons face renders them more vulnerable to a wide scope of consequences, including worse health outcomes.

Despite progress in some countries and regions, LGBTI people continue to be criminalized in 72 countries and face discrimination in many more, limiting their access to health services and excluding them from UHC.  In many countries in the OECD, Latin America and Eastern Europe, decision-makers are successfully expanding inclusive public policies to tackle LGBTI discrimination and exclusion. However, elsewhere progress has been halted and sometimes reversed. Sexual orientation and gender identity (SOGI) remains a taboo topic in some countries, and this, in itself, acts to limit LGBTI people’s access to health services. As well, health workers’ jobs are made more difficult by discriminatory laws, policies and practices against LGBTI persons, even when individual healthcare providers want to provide services.

Universal health coverage (UHC) is about ensuring that people have access to the health care they need without suffering financial hardship, which is an integral part of broader poverty reduction efforts and achieving the sustainable development goals. To be effective, UHC policies must be evidence-based and truly inclusive. Moving toward UHC in a sustainable way requires that the poorest and most vulnerable groups, those historically left behind such as LGBTI people, gain access to health promotion, prevention and health care services.

Good data is critical for sound policy making and for combatting taboos and unfounded fears. It is therefore important to shift our efforts to gather relevant information on the larger set of health care needs of LGBTI individuals, and this has to go beyond HIV efforts targeting men who have sex with men and transgender women. Up until now, most data collection and analysis has been “SOGI-blind” and therefore LGBTI people are not accounted for and included in the evidence and measurement of results that builds sound public policies.

In a recent survey conducted by the World Bank on economic inclusion of LGBTI groups in Thailand and published this year, about a quarter of respondents indicated that when seeking health services they were harassed or ridiculed and 24% said that they were asked to leave the facilities because of their LGBTI identity. In another study, soon to be made public, the World Bank collected data from more than 3,000 LGBTI respondents in the Western Balkans and found that almost 20 percent have difficulties accessing health providers. In addition, more than 18 percent either do not seek treatment when ill or forgo seeking medical services altogether due to fear of discrimination or intolerant reactions. And for those who overcome their fears, more than 27 percent either experience unequal treatment, pressure to involuntarily receive medical or psychological interventions or tests, or inappropriate curiosity and probing on non-relevant personal aspects of their lives.  A systematic review of peer reviewed papers published research from 2004 to 2014 highlighted that prejudice and discrimination was a real barrier suffered by the LGBT population in accessing good quality health services.

The LGBT population experience difficulties communicating with health professionals, apart from the fear of assumptions about their sexual orientation, and of embarrassing situations when expressing their homosexuality/bisexuality, due to the homophobia present in professionals’ conduct.

The exclusion and marginalization in health services implies a reduction in attendance and the subsequent search for assistance, contributing to the deviation of this clientele, in view of their own body care and reducing the chance of developing educational and preventive health work.

We need more data generation like this so that we can develop truly inclusive health services and keep the promise of Universal Health Coverage that includes LGBTI people.  For it is only when we have this that families like Maria’s will be truly included.