What’s the latest in development economics research? A round-up of 140+ papers from NEUDC 2017 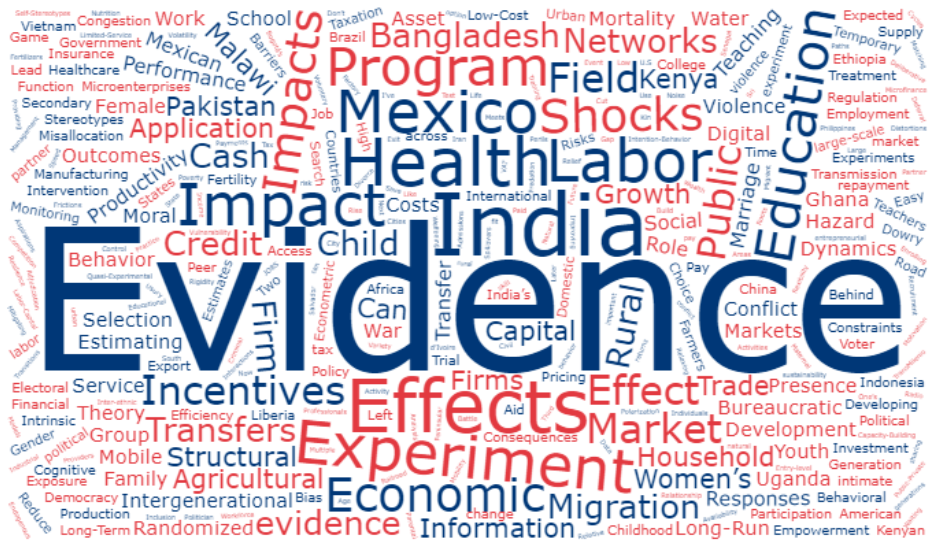 Did you miss this year’s Northeast Universities Development Consortium conference, or NEUDC? I did, unfortunately!

NEUDC is a large development economics conference, with more than 160 papers on the program, so it’s a nice way to get a sense of new research in the field.
Thankfully, since NEUDC posts submitted papers, I was able to mostly catch up. I went through 147 of the papers and summarized them below, by topic. If a paper you loved or presented isn’t in the rundown, feel free to add a brief summary in the comments. (Why 147 instead of 160? I skipped a few macro papers and the papers that weren’t posted.)

David Evans, thank you so much for putting these short summaries together of the latest research. This is fantastic!

Yes - this is really time saving. Is there a link to similar summaries from previous years ?

Thanks, Charlie! I did a similar round-up in 2015, and one for PacDev (the West coast version of NEUDC) in 2014. Earlier this year, Markus Goldstein and I posted a round-up for CSAE, the big conference on African Economic Development.

Thank you, Dave! This is very useful :)

Very useful economic research report. There are many reputed organizations like Art of Living foundation doing noteworthy work in the field of development in rural areas. https://www.artofliving.org/in-en/rural-development

Thanks for the summaries. Great effort