Don’t overlook the orange economy: five reasons why creativity is key for the jobs agenda

Creative, cultural, and artistic activities are vital for our sense of wellbeing. During the pandemic, art and music have supported people in isolation and confinement. Singers, dancers, and musicians brought comfort to people through the internet or from their balconies. Museums found creative ways to share art with people at home.

However, what is less well known or appreciated is the economic value of the creative sector, also known as “the orange economy.”  In our new report “Orange Economy: As a Driver of Jobs for Youth,” S4YE highlights the vital role that cultural and creative industries such as art, craftwork, fashion, music and video games play as sources of income generation and drivers of job creation.

Here are five reasons why the orange economy is important for the jobs agenda.

In Nigeria, for example, ‘Nollywood’ — the nickname given to the Nigerian film production industry — is the second-largest employer in the country after the agricultural sector, creating 300,000 direct jobs.  The share of people in cultural employment varies from country to country, and ranges between 1 to 10 percent in low income countries. 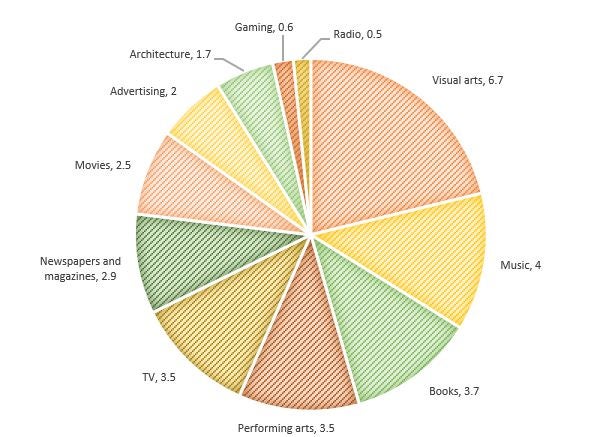 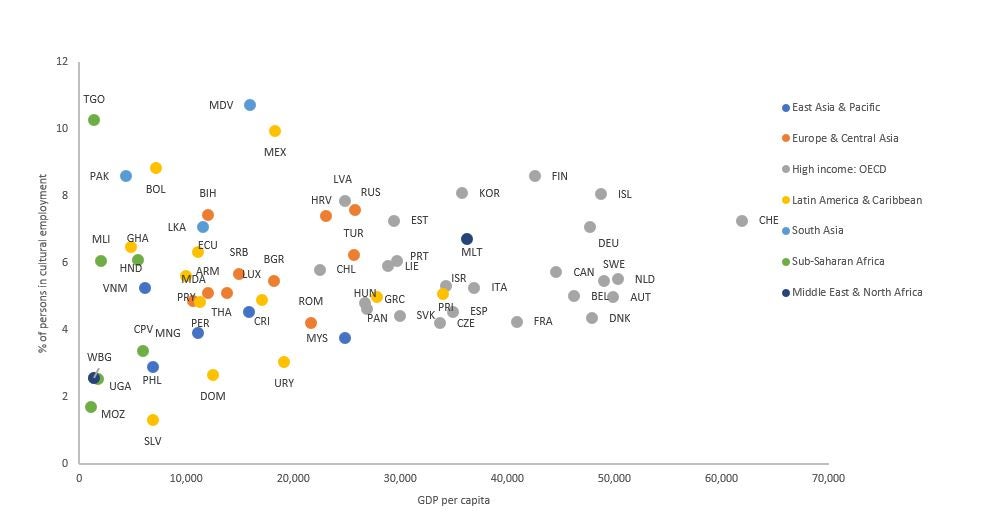 Women are major contributors too. Among 35 low- and middle-income countries surveyed by the United Nations Educational, Scientific and Cultural Organization (UNESCO), more women than men were involved in cultural work in more than half of the countries (Figure 4).

Figure 3: Top 10 countries with a large percentage of persons employed in cultural occupations who are 15-24 years old, 2015 or latest year available 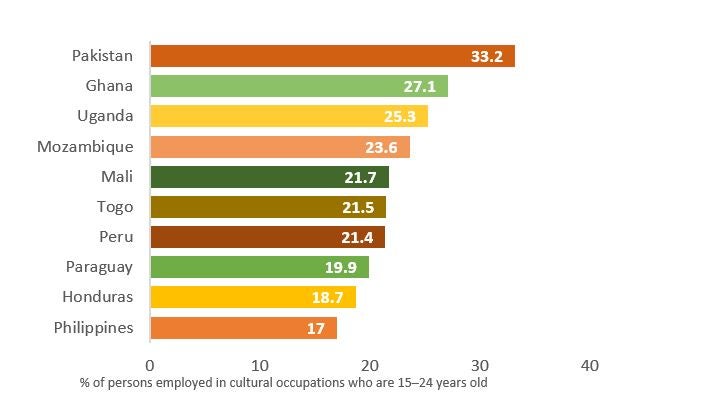 Figure 4. Percentage of persons employed in cultural occupations in low- and middle-income countries, by gender, 2015 or latest year available

The creative industries contributed to generating nearly 10 percent of GDP in the Republic of Korea and the United States. And in Kenya and Ethiopia, they represented more than 5 percent of the national GDP.

Creative activities rely on local intellectual assets such as creativity, skills, and artistry, but not on natural resources. Nurturing the creativity that is rooted in local cultural assets would support countries’ efforts toward sustainable social and economic development.

Between 2002 and 2015, the size of the international market for creative goods doubled to US$509 billion.  In particular, developing countries contributed to 45 percent of international trade of cultural goods in 2014, compared to 25 percent in 2005.

5) Recognizing growth, governments are now investing in the orange economy

For instance, the Ethiopian Jobs Creation Commission recognized creative industries as a high potential sector for job creation in its national plan ‘Plan of Action for Job Creation 2020–2025.’ The government proposed several strategies to support the music, film, fashion, photography, and fine arts sectors, such as reducing the tax burden on artists, establishing a multipurpose physical space, providing protection for artists, and developing an arts education curriculum.

Indonesia has also taken steps to support the creative economy for poverty alleviation and job creation. In 2015, the Creative Economy Agency, (BEKRAF-Akun resmi Badan Ekonomi Kreatif), was established to formulate the country’s policies for the creative sector to support the marketing of national cultural goods and services.

This blog is part of a series about the orange economy. In our next blog, we will describe five types of interventions and initiatives that governments and development organizations can use to support job growth in the cultural and creative sectors.