Effects of Colombia Mayor on health. Good news for social pensions — sort of 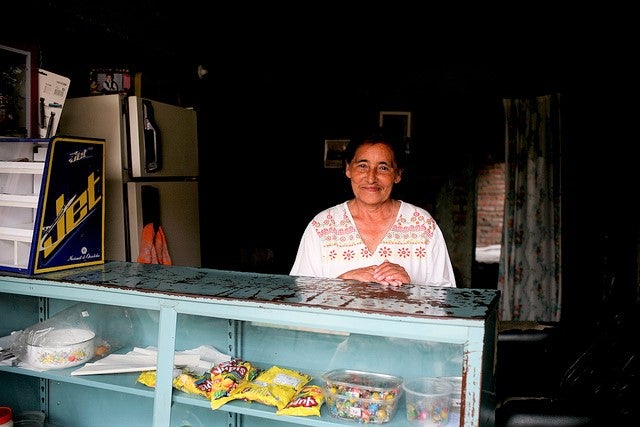 Latin America is aging rapidly. It took nearly a century for the population of those 60 years of age and older to double in most high-income countries. Yet, most Latin American countries will undergo this process in less than 20 years; countries in the region are thus “getting old before getting rich”. These nations will reach a high proportion of older people (a quarter by 2050) before consolidating high-income status and likely without having comprehensive pension programs.


Significant increases in life expectancy are a major achievement. The sharp drops in birth rates, however, and persistently high rates of labor informality, combined with a lack of adequate long-term care and pension systems (where only about 40% of people aged 60 or more receive a pension) risk leaving an increasing share of older individuals without adequate resources to support themselves. This poses challenges by not only raising the risk of poverty, but also for public health and health equity. A lack of social protection and material resources can affect the ability of older individuals to maintain good physical and mental health.

Social or non-contributory pensions attempt to partially close the “pension gap” and reduce old age poverty. These programs provide cash benefits to older adults who lack any other pension, often due to a lack of history of formal employment. Although social pensions programs have expanded rapidly — in Latin America alone, 12 out of 26 countries have already implemented either a noncontributory pension or a complementary system — evidence about their effects remains scarce.

Until recently, relatively little attention has been paid to the potential role of noncontributory pension programs in addressing health risks and equity. Intuitively, social pension benefits should have positive effects on health, such as improving living conditions and access to medicines, as well as allowing individuals to reduce their labor supply and exposure to occupational hazards. Access to these benefits, however, may not always translate into better health. For instance, pension pooling, the sharing of pension income within households,  is widespread in Latin America, sometimes accompanied by the appropriation of benefits by the pensioner’s family members. More generally, the health benefits of pensions are heavily contingent on the availability of medicines and services as well as on health awareness, particularly in poor rural areas.

Recently, we found evidence [6] that the “Colombia Mayor” social pension program led to significant but small improvements in self-reported health and reductions in hospitalizations among men. No significant effects were found for women. Our study exploits the differential roll-out of the program across municipalities, assessing its effects on health and healthcare use. Introduced in 2004, “Colombia Mayor” provides a modest unconditional cash benefit to older individuals (starting at 54 years of age for women and 59 for men) living in poverty. Since its launch, the program has expanded rapidly, currently covering nearly two million individuals.

What are these results telling us? The positive findings are in line with the growing evidence of the positive health benefits of social pensions, suggesting that there exist positive spillover effects of these programs beyond poverty alleviation alone. However, these effects are relatively modest, showing a 5% reduced risk of self-reported bad health or of having been hospitalized among men, and only exist for men but not for women.

The relatively modest effect is likely related to the comparatively small cash benefit, totaling US$15 to US$34 per month, representing the smallest benefit among similar programs in Latin America. In fact, the small size of the transfer could also explain why a recent evaluation of the program by the Colombian government did not reveal any effects on multi-dimensional poverty. The relatively small effect is also likely explained by the fact that poor older individuals, despite universal healthcare coverage, still face many barriers in accessing health services, including long waiting lines and travel times, or high co-payments.

Furthermore, the lack of an effect among women may be related to dynamics of income distribution within the household that favor men. Women may be also more willing than men to share income with other household members, benefiting less from the transfer. Because men are more likely than women to be employed in older age, it could also be that men are more likely to reap the health benefits conferred by a social pension. This is consistent with the results of a recent evaluation of ‘Colombia Mayor’ by the World Bank which found an increase in labor force participation of relatively younger male beneficiaries, due to a loosening of liquidity constraints for occupations that required some up-front investments (self-employment in agriculture and services).  However, no such effect was found among women.

Social pensions may be an important part of a more comprehensive strategy to address healthy aging in low- and middle-income countries. Nonetheless, in their current standing, social pensions in Colombia are likely insufficient to significantly improve the health conditions of the elderly poor. How then to “maximize” the health effects of programs such as “Colombia Mayor”? One strategy could be to develop a more inter-sectorial approach, combining supply side interventions, such as preventive medical check-ups, with demand side interventions, such as transport vouchers for attendance to healthcare services, or health awareness campaigns. Such a strategy could help expand the impacts of these programs on poverty reduction and health improvements.