How to guarantee water access to reduce inequality in Central America 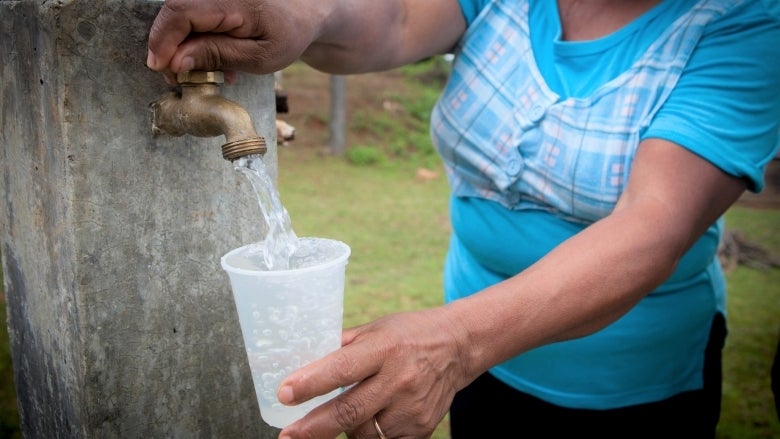 Four years ago, Juan Angel Sandoval, a resident of Barrio Buenos Aires in the Honduran municipality of Siguatepeque, received water at home only three times a week. His was not an isolated reality. Most of his neighbors, were in the same situation. "It was annoying because the water was not enough," says Juan Angel.

Today, most people in the Barrio Buenos Aires neighborhood have drinking water service 20 hours a day, and some neighbors even for 24 hours. This is a result of the improvements made to the city's aqueduct, something of key relevance because, as Juan Ángel points out, "water is vital for life". These changes were made possible by the Water and Sanitation Sector Modernization Project (Promosas), an initiative of the Government of Honduras, supported by the World Bank (WB).

Today, on World Water Day, it is very relevant to recognize these advances. Water is an essential element for development, because it plays a critical role reducing poverty and inequality, as well as boosting shared prosperity in the different countries. It also has direct consequences on human health and the environment. That is why water is a core component of the World Bank's program in Central America, a region that has made progress but still faces many challenges.

An example is the progress made, in recent years, regarding access to drinking water. According to the Global Development Indicators of the WB, in El Salvador this figure is currently 94%, which represents an important advance over the 70% recorded in 1990. Similarly, in 2015, access to drinking water in Honduras and Panama reached 91% and 95% respectively, up from 73% and 84% in 1990.
At the same time, the region still faces some challenges. One of them is that, according to the 2014 report “Monitoring Country Progress in Drinking Water and Sanitation” (MAPAS), Central American countries will have to invest at least 0.41% of their annual GDP in order to meet their commitments under the Sustainable Development Goals (SDOs). This refers to investments not only to develop new projects, but also to rehabilitate existing ones.

This document, promoted by the Central American and Dominican Republic Water and Sanitation Forum (FOCARD-APS) and supported by the World Bank, also identifies other challenges. For example, in El Salvador, the fact that the population is growing faster than the rate of expansion of water and sanitation services could jeopardize the progress made so far.

In Honduras, there are still challenges in terms of the quality and performance of services, while in Panama, the rural and peri-urban areas remain largely neglected. In Guatemala, more than 53% of the population lacks access to improved sanitation, which can affect health and the environment, according to the recently released "Diagnostic of Water, Sanitation and Hygiene and its relationship to Poverty and Nutrition in Guatemala".
To help countries advance in this sector, the World Bank supports governments through: Through these instruments we are able to support Central America in closing the gaps in access to water and sanitation between different populations focusing on: water security, resistance in the Dry Corridor, access to water for the most vulnerable communities and urban sanitation. These gaps continue to affect particularly the poor, indigenous and rural populations.

All in all, we support efforts to facilitate access to water while reducing inequalities, to ensure the sustainability of water resources and to mitigate water-related risks in the face of global changes, all of which, today more than ever, are priority objectives for Central America.
Topics
Water
Countries
Costa Rica
El Salvador
Guatemala
Honduras
Nicaragua
Panama
Regions
Latin America & Caribbean Many thanks for sharing this overview of remarkable endeavors to address water and sanitation challenges in these countries. The package seems to be relevant for a comprehensive and holistic approach including reforms, service delivery as well as water security