Latin America and the Caribbean: When More Education doesn't Translate into Less Poverty 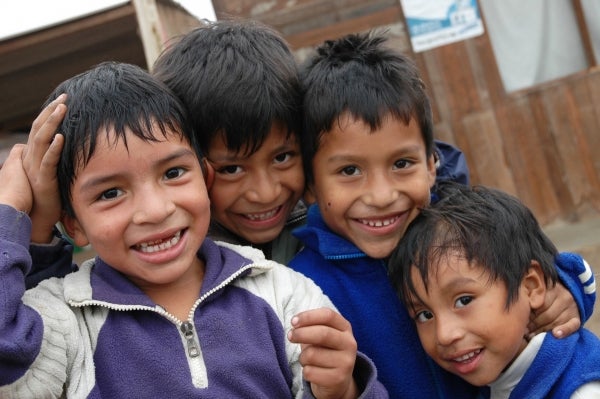 Today the world is celebrating End Poverty Day. In fact, it is the 25th anniversary of End Poverty Day. Twenty-five years is often thought of as the passing of one generation so it is particularly timely that, as we celebrate the call to action that this day symbolizes, we look at how things have changed for the generation that has grown into adulthood since the very first End Poverty Day. In an analysis  done by the World Bank released today we have looked at how the current generation of young adults has done when compared to their parents in terms of educational attainment.

Putting the spotlight on intergenerational mobility is important because it is a component of inclusive growth and sustainable poverty reduction. Educational mobility contributes to growth and social stability by encouraging innovation and human capital investments . It can tell us not only if there has been an improvement from one generation to the next – but also how opportunities are spread in society, which can help strengthen citizens’ perceptions of fairness and boost their aspirations for a better future.

When taking this longer time horizon, our regional analysis  shows that Latin America and the Caribbean  has made much progress in expanding access to education over the last decades. More children are going to school for longer than their parents  – what we refer to as ‘absolute intergenerational mobility’. In terms of such absolute intergenerational mobility the region in fact compares well to other regions of the world.

However, in Latin America and the Caribbean those born to the least educated parents remain significantly more likely to become the least educated in their own generation. In this metric, which we refer to as ‘relative intergenerational mobility’, the region does not compare well to other regions of the world. Overall investments in education have resulted in across the board gains in school attainment but inequities between groups remain. More specifically, there are two important gaps highlighted in this video:

In Latin America, education is not closing the income gap


The first is visible during early childhood. Access to early childhood education is remarkably higher for richer segments of the population when compared to the poorest. The second gap occurs after primary school. Educational inequality in the school attendance rate starts to be pervasive during secondary school and exacerbates during tertiary school. The wider the income gap, the wider seem to be the differences in school access.

Students from poorer households also face additional disparities in terms of the quality of education to which they have access.  This contributes to poorer learning outcomes, as shown in standardized tests. For example, the socioeconomic background of a student has a larger impact on students’ test scores in Latin American and Caribbean countries than in countries of other regions. The good news is that also on this front progress has been made. Such findings can help us look ahead at the next generation with a sense of possibility. We need to support not only the education to improve the fight against poverty. The effort has to cover a holistic approach: an ecosystem to empower: education and employment through entrepreneurship and development opportunities.