Looking at Colombia through the peace lens 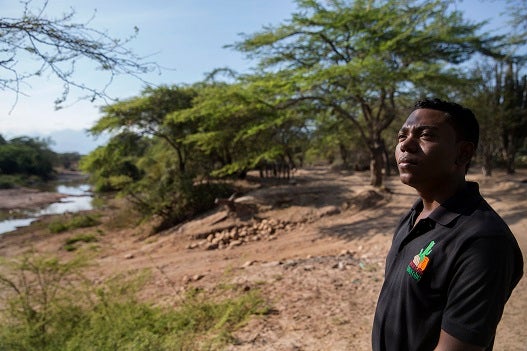 The International Day of Peace is celebrated on September 21st.  After more than 50 years of civil war, we finally have a national Peace Day to celebrate in Colombia, too.

Colombia reached a turning point on November 24, 2016, when president Juan Manuel Santos and the Commander in Chief of the Revolutionary Armed Forces of Colombia (FARC-EP), Rodrigo Londoño Echeverri, signed a historic peace agreement at the Colón Theater in Bogotá.
But this is not just another run-of-the-mill peace agreement; it is one of the most comprehensive agreements that Colombia – or the world – has seen in many years. And for good reasons…

As a consequence of one of the longest modern civil wars, Colombia has over 8 million victims of conflict and the largest internally displaced population in the world. It is also home to the oldest active rebel movements in the Latin America and the Caribbean region.

Given these characteristics, a credible peace agreement had to address the issues that have plagued Colombia for over a century: the relationship between urban and rural environments, the mechanisms and guarantees for political participation, the problem of illicit crops and illegal drugs, access to land, and the issues of victims and combatants, among others.

At its heart, this is an agreement about citizen security, justice, and jobs, the same topics that defined the World Bank’s 2011 World Development Report on Conflict, Security and Development.

As one of Colombia’s key development partners, the World Bank shares common goals with the country for the eradication of extreme poverty and promotion of shared, inclusive growth. Over the last decade, the Bank’s investment in Colombia has grown continuously, becoming the largest lending portfolio in Latin America and the Caribbean, and one of the Bank’s largest in the world.

Given the historical moment, the national government has requested the World Bank to integrate a cross-cutting theme into every activity it does in Colombia: support to the consolidation of peace.

And this is when the conceptual challenge began.

To crack this nut, our Colombia team and our Social, Urban, Rural and Resilience Global Practice developed and deployed a methodology that allowed for the inclusion of conflict sensitivity into the design of all projects.

We called it the ‘Peace Lens’.

The development of the Peace Lens involved a continued learning and research process of the history of the conflicts in Colombia as well as the monitoring of the changing dynamics of the different parts of the country during the early stages of the implementation of the peace agreement.

The methodology was articulated around seven key dimensions: The Peace Lens has allowed for the inclusion of peacebuilding considerations in the design and implementation of all World Bank projects in Colombia, while retaining the focus on the different priority thematic areas. For example, a tertiary education support project is now adapted to favor access to victims of the conflict and other vulnerable populations, and a sustainable low-carbon development program involves former combatants to monitor deforestation as park rangers.

The Peace Lens differs from previous conflict filters because it does not simply attempt to prevent ‘doing harm’, rather, it seeks to ensure that all interventions are ‘doing good’ – making a positive contribution to the construction of peace, regardless of the type of investment or sectoral affiliation.

Ultimately, the Peace Lens helps to fulfill a meaningful goal – that all development work in Colombia contributes to the construction of peace! Thanks for writing this up, Marcelo. Would be great if you could give a longer presentation on this approach so we can learn how the lens is being applied in more detail.