The Quito Metro in 360 Degrees 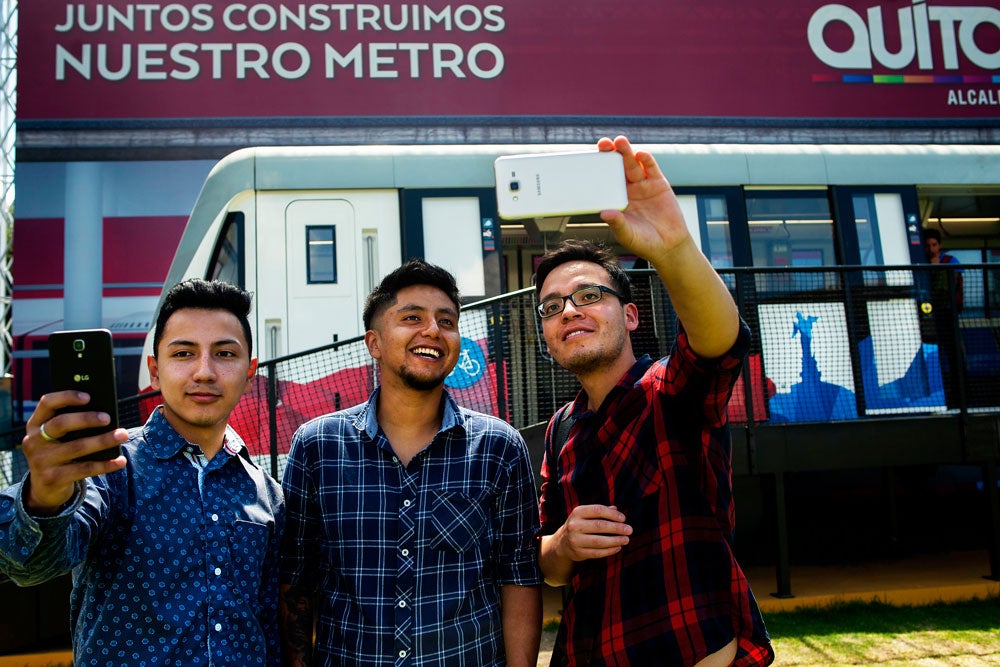 For two and a half years, more than 4,000 people have worked to build Line 1 of the Quito Metro, a mass transit system that extends 22 kilometers across the city.

With its 15 modern stations, ranging from Quitumbe in the south to El Labrador in the north, this infrastructure project is changing the urban landscape of the Ecuadorian capital and will become the backbone of the city’s integrated transport system. How is it coming along?

The Iñaquito Station clearly demonstrates the project’s advances. Currently, the station is being painted and flooring and wall panels are being installed. Stairs and elevators will be installed shortly. Pending tasks include finishing platform edges and installing tactile paving (for individuals with limited mobility or disabilities) as well as granite on stairs and platforms.

Twenty-five years after the implementation of the trolleybus system (Trole), Quito continues to promote public transport as the most efficient motorized urban mobility system. More free time and less pollution are just two of the benefits the new transport system will offer. At the Iñaquito Station, yellow will be the distinctive color, which is easily visible in the more than 400 square meters of enameled steel panels already installed. At the same time, steel structures and panels of other colors are being installed in other stations such El Labrador, Jipijapa, Iñaquito, La Carolina, San Francisco, La Magdalena, El Recreo and Morán Valverde.

Progress on the project has been so impressive that it merited a visit from Peruvian President Martín Vizcarra, who toured the San Francisco Station in October 2018. The 18 trains of the Quito Metro will cover 22 kilometers in 34 minutes, transporting more than 400,000 passengers daily.

The project has support from the World Bank, IDB, CAF and the European Investment Bank. Project benefits include reduced vehicle traffic, increased service access and perhaps most importantly, reduced travel time between important points of the city. The facilities and trains are expected to be completed by the end of this year. This will allow for testing and preparing the Metro for commercial operation. Online Communications Producer for Latin America and the Caribbean