As we celebrate the World Cup championship this year, how do we score on gender equality? 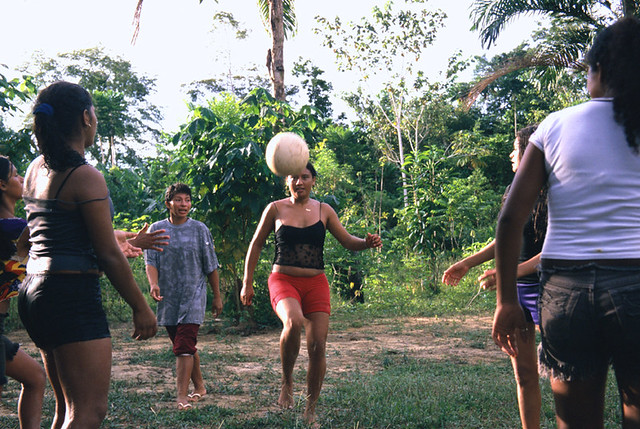 With the World Cup championship and its excitement behind us, we return to life as usual. But every four years, regardless of who wins or loses, this great world event memorializes the year. In 2018, however, that will not be all. On the world stage and in Brazil an important feminist movement is unfolding, which is also making history. On the heels of 2017, marked by major discussions on gender equality, feminism is again in vogue.

In this watershed year for women, it is important to remember how recently women’s rights in Brazil have been recognized, and take stock of where we stand in achieving gender equality.

In 1958, Brazil won its first World Cup. Women had already gained the right to vote, but did not have legal capacity to make their own decisions on a number of things. To work or travel, married women needed her husband's permission. They had no parental rights over their children or control over their own assets.

In 1962 Brazil won its second world title. It was also a milestone for gender equality in Brazil: married women gained full legal capacity under the law. They could now work and manage their assets independently and gained legal authority over their children.

Brazil’s third world soccer championship title was achieved in 1970. Women then were still required to take their husband’s last name upon marriage. But in that decade, women’s rights movements grew stronger around the world and in Brazil.

In the 24 years that followed, Brazil did not bring home any World Cup titles, but great strides were made in advancing women’s rights. In 1979, the gender equality movement  spurred in the 1950s culminated in the adoption of CEDAW – the Convention on the Elimination of All Forms of Discrimination against Women. Promulgated in Brazil in 1984, it was the first international instrument to comprehensively address the human rights of women. Despite the international call for ending all forms of gender equality, it was only four years later, however, with the adoption of the new Constitution, that equality of rights and obligations between men and women was fully recognized in Brazil. The 1988 Constitution tacitly overturned discriminatory provisions still in place in the 1916 Civil Code. Until then, men held the sole right to be head of household and manage the joint marital property. It was only four years later, in 2002, when Brazil won its last World Cup title, that the new Civil Code was adopted, finally eliminating the discriminatory provisions from the law.

From the legal standpoint, men and women enjoy all but full equal rights in Brazil. The facts, however, tell a different story about reality in practice. Women make up more than half the country’s population; yet they account for only 43 percent of the workforce, less than 15 percent of parliamentarians, and earn an average of 25 percent less than men. These shocking figures show how wide the gender gap still is.

Since 2010, the World Bank’s Women, Business and the Law has been tracking progress in legal gender equality and measuring how laws and regulations can affect women’s economic, political and social inclusion. A spotlight on the legal framework in Brazil shows that laws still fail to address gender discrimination, ensure equal access to opportunities, and level the playing field for women in all spheres of life.

As we approach the 40th anniversary of CEDAW, the landmark international bill of rights for women, we must also acknowledge that we still have a long way to go in fully achieving gender equality. To engage countries into action, a new roadmap for progress was agreed upon in 2015, including the integral goal to achieve gender equality and empower all women and girls as part of the United Nation’s 2030 Agenda for Sustainable Development.

As we celebrate the World Cup champions this year, we should also look to them in commemorating progress for women’s rights. This year’s World Cup title was only the second ever for France, but it has historically scored well in favor of gender equality, and continues to win. While Brazil fell by 11 positions in the World Economic Forum’s latest Global Gender Gap Report, France went up by 6. The Index, which measures gender-based gaps in access to resources and opportunities, also reflects countries' efforts in prioritizing and adopting policies to uphold women's rights.

That is why today, as good soccer fans, we trust that the next World Cup will bring victories for Brazil, but we must also hope that four years from now we will also be able to celebrate wins in favor of the long-standing match against gender inequality. Hello! This is my first visit to your blog! This is my first comment here, so I just wanted to give a quick shout out and say I genuinely enjoy reading your articles. Your blog provided us useful information. You have done an outstanding job.