What is the first step for organizing Peru’s cities? 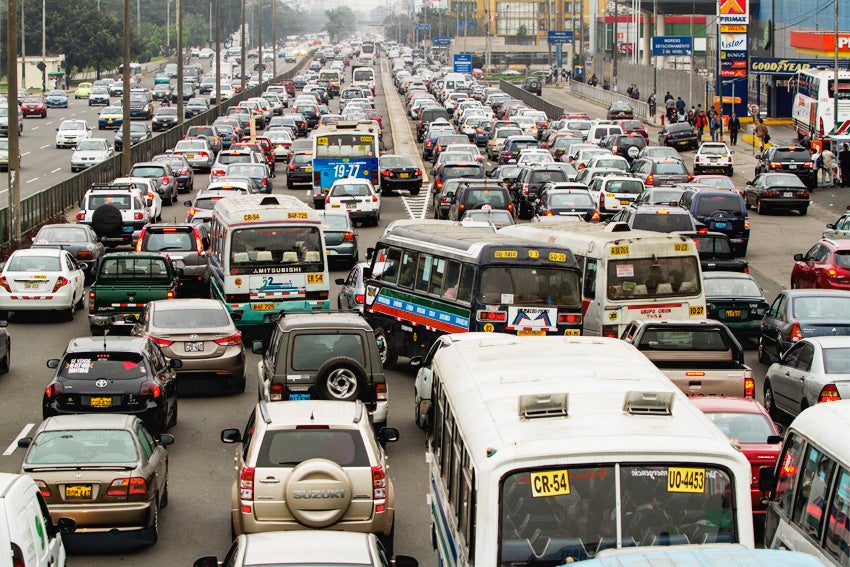 My job brought me and my family to Lima, Peru 11 months ago. In case you have never visited Lima before, Lima is in many ways, a lovely city – it has fantastic views of the Pacific Ocean (you can surf right from the local beaches), great food, and vibrant neighborhoods, including a historic city center with Spanish architecture and churches. On the other hand, Lima is also know for its terrible traffic, unplanned urban growth, and informality.

As an urban development specialist, I can’t help but wonder how Lima could be better organized so residents can better enjoy all of the services and amenities the city has to offer. Is it possible?

I am passionate about this subject, and although difficult, I would say it is an achievable goal. Given that nearly 10 million people – over 30 percent of the country’s population – lives in Lima, attempting to organize the city is like trying to organize a third of Peru. No miraculous solution or magic formula exists. But, a cadaster system would be a helpful first step, however.

A cadaster system that provides detailed, updated information about land parcels and the built environment would enable authorities to more effectively coordinate land use; register property ownership; plan transportation systems, including the future Lima Metro; stimulate housing development and the corresponding infrastructure; determine areas at risk of the impacts of natural hazards; and offer services and security to the nearly 50 districts of Lima and Callao.

A properly functioning cadaster system empowers everyone. This means everyone from the land owner who can demonstrate legal ownership of his home to municipal or provincial governments that have the capacity to plan optimal areas for the future growth of their communities.  Unfortunately, Peru lags far behind other countries in this area given that just one in five municipalities has updated land use and/or urban planning tools.

Urban planning tools can help municipal governments address issues such as densification, protected areas or areas at risk of flooding, etc. as well as areas that could be targeted for future growth and expansion. In other words, they can be used to determine where to develop businesses or homes, as well as hospitals, parks and schools. In this regard, the Peruvian government plays a key role in providing technical assistance, incentives and resources to regional and municipal governments.

Another basic function of cadaster systems is to support property tax collection and thus generate resources to support investment in infrastructure and services that benefit the population. Examples of cities in other countries, such as Bogota, Colombia, and Arusha, Tanzania, illustrate how governments that have invested in improving their cadaster systems to support planning and tax collection have reaped benefits from this approach. Between 2008 and 2014, Bogota increased its local government resources 2.5 times through property taxes, which represented approximately 40% of the Colombian capital’s resources.

After the catastrophic impact of El Niño, reconstruction efforts can be done in a way to improve Peru’s resilience to potential future natural disasters; the country is now in the process of developing its reconstruction strategy with the goal of building back better, or “reconstruccion con cambios” to enable Peru to better manage similar or more serious disasters in the future.

The reconstruction process will be challenging, but the recent appointment of Pablo de la Flor as executive director of the Reconstruction Authority forms part of this new vision. The World Bank is supporting the Peruvian government with its technical knowledge derived from lessons learned in other countries and their reconstruction programs. Cadaster systems, maps, urban plans and especially detailed, up-to-date information are a key first step.

I invite you to visit me in Lima to further discuss these issues while enjoying some delicious ceviche and a wonderful ocean view! I really liked your post, I will try to visit you and eat a ceviche, I am from Peru actually. well done!!!

There is a great Youtube video on Lima by Michael Beach. It looks like there is great potential. Lima definately needs proper land recording.
Lima is a beautiful city con comida muy rica.

Great post! I too am an urban designer /planner and have been thinking about looking for jobs in the Lima district. Do you have any recommendations on where to look for jobs in our field in that area?
Thanks!