Why Transformation in China Presents an Opportunity for Brazil 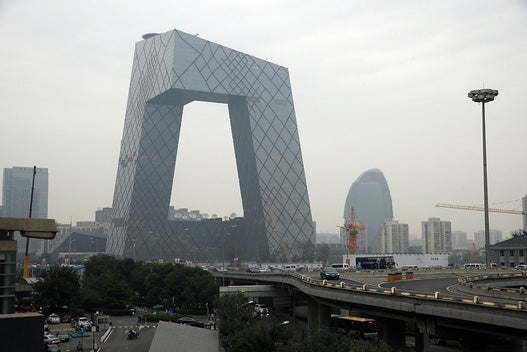 The Chinese economy is expected to undergo significant structural transformation over the next two decades as its economy continues to slow, rebalance and move up the value chain. China’s economic slowdown, which has been ongoing for a number of years, is expected to be reinforced over the next two decades by population aging and a shift of economic activity into services. World Bank simulations suggest that, depending on the effectiveness of productivity-enhancing policy measures, Chinese economic activity could decelerate from a three-decades average of 10 percent to 3.5-6.9 percent by 2030. Along this path, China is expected to pursue a more-balanced development model, favoring consumption on the expenditure side and providing impetus to services on the production side. China is also expected to move up the value chain resulting in rising export sophistication thanks to past investments in physical and human capital and technological capability.

China’s changing economic landscape is being watched closely in Brazil given the close economic linkages between the two countries that have developed over the last decade. The most apparent among these linkages is a dramatic increase in the volume of direct trade and investment. Yet, other linkages have grown indirectly, such as through the impact of China on commodity prices, world interest rates and global growth. The economic relationship between Brazil and China has developed into a multi-faceted one characterized by partnership and competition. Given the scale of their economies and the different nature of their resource endowments and growth models, the two countries developed a mutually beneficial partnership built on complementarity. But the two economies also exhibit significant similarity, which has led to competition both at home and in third markets. Looking ahead, the key question is how the changes in China are to affect the degree to which the two economies are both complementary and similar.

Economic commentary in Brazil about the nature of the economic impact of a changing China has however been surrounded by a considerable degree of negativism.  The external impulses from a changing China are generally considered to produce a considerable impact in Brazil, which has raised concern particularly during a period when Brazil itself is registering slower growth. The nature of the concern has generally been two-fold. First, to the extent that Brazil and China have forged a complementary relation based on natural resources, the concern is that a slowing and rebalancing China could hurt the trade and investment in commodities. Second, insofar as the two countries are competitors, particularly in the production and sale of manufactured goods, the concern is that an increase in the sophistication of Chinese exports could unleash a new wave of competitive pressure that would affect Brazil’s ability to sustain competitiveness domestically and in third markets.

Structural transformation in China however need not pose a threat to Brazil; instead, Brazil could gain considerably, particularly over the longer term. Building on long-term simulations for the Chinese economy, a new World Bank report analyzes the longer-term implications for the Brazilian economy of China’s changes between now and 2030. A key finding is that even if China grows more slowly, the fact that this occurs against a high base should continue to offer ample opportunities for other countries to tap into rising import demand from China. This growth, together with a rising propensity by Chinese consumers to import as they become richer, should offer new opportunities for Brazil to trade and invest. Yet, the strength of import demand related to investment goods may diminish somewhat in relative terms, while changing competitive pressure will not just create new challenges but also new opportunities.

Brazil is expected to be one of China’s fastest-growing import destinations, with new economic opportunities likely to emerge for every sector of the Brazilian economy. Brazilian exports to China are expected to grow at 8-12 percent per year through 2030 (compared to an average of 6-9 percent for the world), where the range reflects the low- versus high-growth scenarios for China. This growth would bring broad benefits to Brazil’s economy:

How could the changes in China contribute to economic growth in Brazil?

With growth having slowed, the question of how Brazil could position itself to a changing external environment has become more pertinent than before. The report argues that there is plenty of scope for Brazil to deepen and expand its connections with China. The Brazilian economy remains relatively inward-oriented, indicating potential for continued integration into the global economy alongside ongoing efforts to further develop and integrate the domestic market. Brazil also does not have a ‘concentration problem’ with respect to its external orientation to the world, both in terms of markets or products, and remains well diversified. Moreover, while Brazilian exports to China are concentrated on natural resource-related commodities, there is nothing intrinsically wrong with commodities providing efforts are made to ensure that this sector contributes broadly to the economy and its development does not come at the expense of other sectors.

To leverage on the new opportunities arising in China, continued efforts will be needed to address Brazil’s internal productivity constraints. This would include accelerating human and physical capital investment and strengthening the business environment, so that comparative advantages can be strengthened and preserved in goods and services that a changing China will demand. Brazil faces productivity challenges in every sector of its economy. For natural resources, a key challenge would be to respond to continued strong demand from China while at the same time enhancing the economy-wide impact of the sector. In manufacturing, the key focus would be on strengthening competitiveness so that new forms of competition from China can be withstood and niches can be found to tap into changing demand as China rebalances.  For services, the priority would be to improve efficiency and expand the international reach of the sector so that Brazil is positioned well to tap into rising Chinese demand for tradable services.

Further improvements to the external environment for trade and investment would also help optimize the economic impact of Brazil’s evolving connections with China. As both countries impose higher barriers on products where the other has a comparative advantage, scope exists for a reduction in tariff and non-tariff barriers. Together with tariff escalation, this particularly affects Brazil’s ability to diversify into higher value-added exports to China. While Brazil has a highly liberal policy regime for FDI, the de facto process of setting up a foreign-owned subsidiary remains cumbersome. Brazil also holds potential for broadening and deepening its FDI in China, especially in services. The growing impetus of FDI from China will also benefit Brazil, where it can be expected that the composition of such flows will become more diversified.

All in all, the real significance of Brazil’s evolving linkages with China is the extent to which they will contribute to transforming the supply side of the Brazilian economy. How Brazil adapts to the new opportunities and challenges arising from a changing China has therefore implications that go beyond the narrow confines of the Brazil-China relationship. The changes in China offer a window of opportunity for Brazil to press ahead with its structural reform agenda and progress on this agenda would enable Brazil to tap more easily into opportunities in China or meet challenges arising from changes in competitive pressure in China. Beyond this, however, such progress would also assist in advancing Brazil’s global competitiveness and – perhaps most importantly – it would help infuse dynamism into the domestic growth dynamic of Brazil’s vast internal market (see also Canuto and Schellekens, 2014).
Topics
Macroeconomics and Fiscal Management
Trade
Countries
Brazil
China
Regions
East Asia and Pacific
Latin America & Caribbean