Dear people of Madagascar, how many of us do you think there are?

An Inside Look into the Population and Housing Census of Madagascar, A Vast Country with Inaccessible Regions

It’s 6 o’clock in the morning on Tuesday, June 19, 2018, and we’re in the dead of winter in Antananarivo. It is still dark out, and cold. I don my jacket and go in search of Patricia Ravaoarisoa, who, at 19, has just been recruited by the National Institute of Statistics (INSTAT) as a population census taker to work on the updating of the General Population and Housing Census, the third in Madagascar’s history. Together, Patricia and I make our way through numerous lanes, across small canals, and over slabs until we get to Namontana, one of the poorest neighborhoods in the capital.

“We have to visit the homes very early in the morning as most people work during the day and return late, so it’s hard to catch them,” explains Patricia. We meet up with her colleague Tavoukou Javaning Proker, a census taker responsible for 132 households in Antananarivo’s District 4. He turns up daily to administer the census questionnaire to anywhere from 20–25 households. We are about to interview his 400th household since the census was launched on May 25.

Ms. Berthe receives us in her small yard. “She’s smiling at us so that’s a good sign. We won’t have too much trouble,” says Patricia. I’m a bit puzzled, but Patricia later explains that she has, in some instances, endured insults, threats, and slammed doors. Tavoukou and Patricia also confide that for personal safety, census takers in certain areas are even assigned police escort. 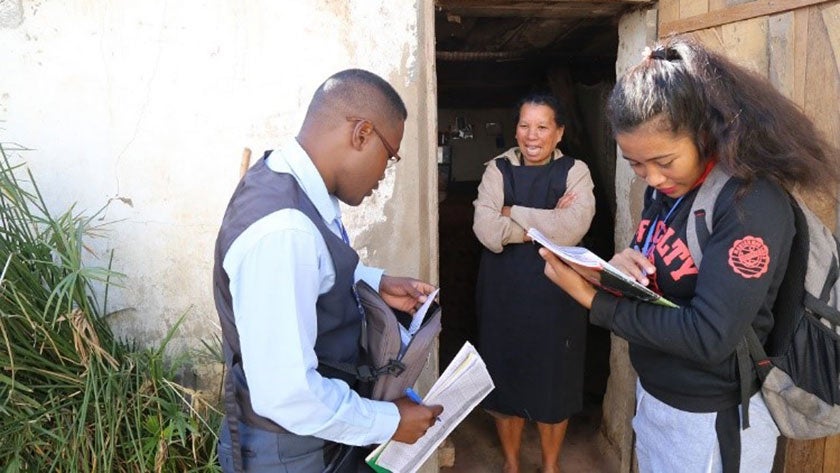 Across the country, more than 31,191 census takers such as Patricia and Tavoukou went door-to-door to collect recent socio-economic information on households. Photo: Diana Styvanley, World Bank

Ms. Berthe, however, is quite pleased to see us. A grandmother of 61, she lives alone. She readily answers all our questions. She would love for us to stay a little longer than the quarter of an hour we spend, asking whether there are any questions about drugs: “That’s what affecting the young ones in this area. It’s something that must be discussed openly,” she insists.

Madagascar’s last population census was carried out in 1993, and the data are outdated. This has left economists and experts making guesstimates and projections, in light of the glaring absence of precise data. Initially scheduled for 2003, the latest census was postponed several times as a result of the country’s various political crises. It has thus taken Madagascar a quarter century to stage its third population census, instead of the minimum ten-year interval based on international recommendations.

The preparation phase alone has taken nearly two years, given the vast size of the country and the extreme remoteness of some areas. Phase I commenced in 2017 with census mapping. This 8-month phase from June 2017 to January 2018 included the division of the country’s map into small units to facilitate a thorough population count—avoiding double counting and omissions—and determine the number of field workers to be deployed for door-to-door enumeration. The enumeration exercise stretched over 23 days, amassing a massive team of over 45,000 agents—863 supervisors, 2,704 inspectors, 10,985 team leaders, and 31,191 census takers, including Patricia and Tavoukou. Armed with a badge and a pen, each census taker patiently asks the roughly 180 questions in the 7-page long questionnaire. The number of questions varies with the size of a household, births or deaths in the household, and also depends on whether any member of the household is engaged in agricultural activity. All topics are covered: from the age and gender of each household member, to civil status, educational level, languages spoken, type of employment, and housing conditions etc. to the range of equipment, machinery, and land that the household possesses.

“Quite a number of people become angry or suspicious once we ask about their assets and possessions,” notes Patricia. “We have to constantly put people at ease and educate them about the relevance of a number of seemingly intrusive questions,” states Tovonirina Razafimiarantsoa, Coordinator of the Central Census Implementation Unit [Cellule centrale d’exécution du recensement CCER], citing residents’ fear of being robbed or swindled. “Local media campaigns have therefore played a key role in efforts to earn their trust,” he adds.

The long list of questions is intended to provide a clearer understanding of the spatial distribution and the socioeconomic character of the Malagasy population in its various neighborhoods and regions.

“If we keep on using outdated population data from a quarter century ago, we could end up designing and implementing not only misguided development policies but also ineffective development programs that are not adapted to the needs of the country,” points out Abdoullahi Beidou, Statistics Expert and World Bank Task Team Leader for the Madagascar Statistical Capacity Building (STATCAP) Project. 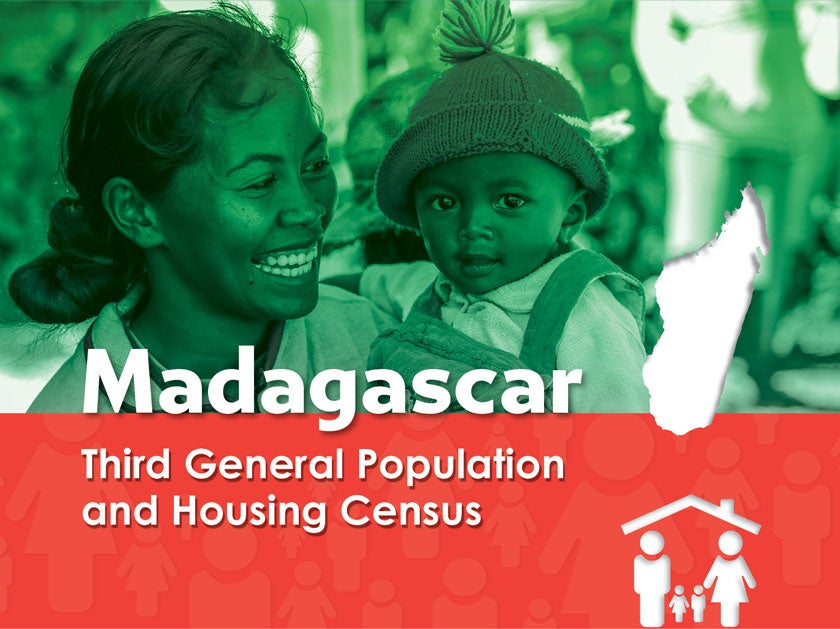 The current census is being financed by a credit of $30 million from the World Bank in 2017 to strengthen the capacity of Madagascar’s National Institute of Statistics (INSTAT).

The preliminary results of the third General Population and Housing Census were made available in an exhaustive publication in August 2019. A post-census survey was required to assess the quality and coverage of the enumeration exercise, gather all summary sheets from more than 31,000 enumeration areas for verification, processing, and analysis of the data collected. The final results will be published in 2020, once all individual collected data have been entered, audited, and processed.

“In a country as vast as Madagascar, it is important to know the size of the population, where most people reside, and to have information on the age pyramid to facilitate effective policy making,” told me Richard Randriamandrato, Madagascar’s Economy and Finance Minister. In his view, the results of the third census will provide crucial guidance for decision making and investment, particularly in the area of human capital.

Twenty-five years later, we can give a precise answer to the question asked by Tsiliva, a popular Malagasy singer who took part in the awareness campaign for the third census: “O ry Vahoaka, firy isika izao?” (Beloved People, How Many Are we Now?).

The answer? 25,680,342. Quite a ways off, admittedly, from estimates that put the number around 22 million inhabitants. 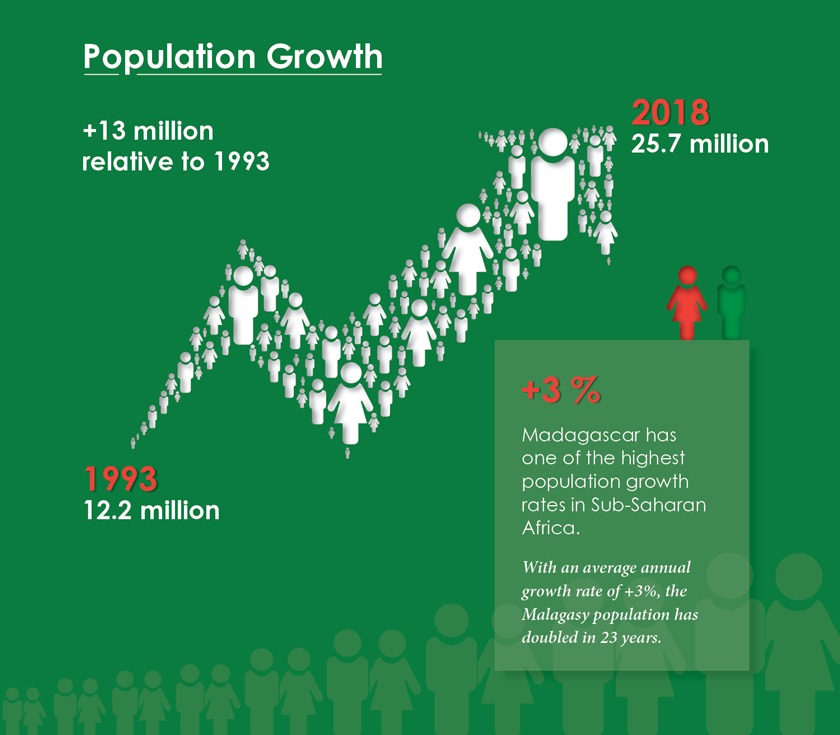