A New Deal for Somalia 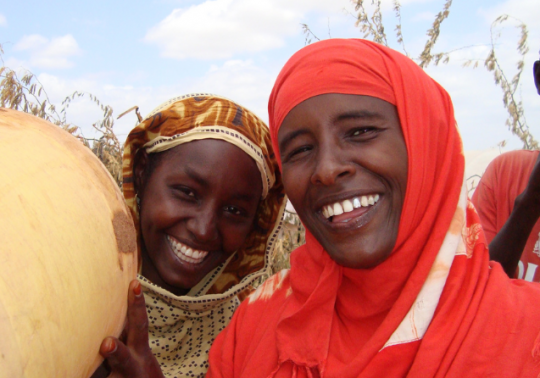 Getting Somalia right has huge regional and global implications and attracted $2.4 billion in support at a recent development partners meeting in Brussels.

Supporting fragile and conflict-affected countries to get back on a stable, hopeful development path is a key priority for me as Vice President for the World Bank’s Africa region. It is on my mind especially at the moment after being in Brussels several days ago to participate in the EU-hosted New Deal Conference on Somalia, and then visiting Bamako to pledge our support to Mali’s newly formed Government. As stated by the international community and many observers, the recent election of President Ibrahim Boubacar Keita will open a new era of peace and reconstruction for Mali and we will be an active partner in this immense task.

The Brussels conference marks the anniversary of last year’s political transition and culminated in the endorsement of a “Compact” against which the international community pledged $2.4 billion through 2016. The conference, hosted by the EU and the Government of Somalia led by President Hassan Sheikh Mohamud, not only helped consolidate international political support for Somalia but also generated considerable momentum for the country’s development plans and a path to international debt relief.

Somalia has seen many similar conferences over the last 23 years. So what is different this time and why are commentators calling this is an historic moment?

For 23 years Somalia has experienced state collapse, civil war and humanitarian crisis driving the country to the bottom of global development indices and perpetuating a revolving door of transitional governments. In August last year, President Mohamud was elected as the first federal president since 1991. His election coincides with progress on the security front: AMISOM, the 17,000-strong African Union peacekeeping force is keeping the peace in southern Somalia and has brought new stability to Mogadishu.

This progress in peace and development has attracted the return of tens of thousands of Somalis. Today, Mogadishu is in the midst of an economic revival, driven by a building boom, new international airline routes, rising trade out of the city’s port, and renewed hope in a new, more promising, era.

Transitions like these are important political moments. Yet, at the same time they can be fragile and to protect them, we all need to respond rapidly with political support, resources, and evidence-tested development solutions. Somalia is making strides to move beyond transition to a new normal, but we must support it to do more.

For example, after decades of conflict and neglect, the new government has inherited a barely-functioning state with limited ability to raise public revenues to finance a formidable array of development needs. It is like asking Somalia to build an airplane and fly it at the same time. The federal system is still under discussion as the interim constitution undergoes review and revision, to be presented to a referendum in 2016.

This is why the Somali Compact is so essential: it sets out multilateral and bilateral obligations to a shared Somalia national roadmap that will unlock international resources for vital government operating costs, including paying its security forces, during a period when its own revenues will not be enough. The roadmap also establishes key milestones for political outreach and consultations, for reintegrating militias and rehabilitating former soldiers into mainstream life, for providing essential services and creating sorely-needed jobs.

Since the transition started, the World Bank’s Somalia team has worked closely with the government’s finance and planning teams to see how we can boost investment in the economy. Efforts are underway to re-connect the Central Bank with the international financial system and to track public spending transparently, especially in the area of paying civil servants. A federal budget has been presented and discussed in parliament for the first time and is available on the Ministry’s website. The first half year’s financial statements are now audited.

These are small yet significant steps which signal the resolve of the new government. Now it is our turn. President Mohamud has called for a “new paradigm” in how the world supports Somalia. In 2014, the Bank will initiate a multi-partner fund as part of a broader “facility” for Somalia that brings the Bank into closer partnership with the United Nations and the African Development Bank for greater coordination. Our fund will lay the foundation for long-term capacity and economic recovery.

Getting Somalia right is not just a priority for Somalia and its partners – it has important regional dimensions as well. The development challenges of the Horn of Africa - like those of the Sahel and the Great Lakes Regions – need to be seen from a regional perspective. A stable Somalia means a reduction in costs associated with combating piracy and money-laundering, and the displacement of residents, while freeing up resources to critical development investments in people and infrastructure, as well as  a more dynamic livestock trade, harnessing of natural resources, and regional integration.

On the heels of this hopeful set of discussions on Somalia, I traveled to Mali to attend the uplifting inauguration of the country’s newly elected President H.E. Ibrahim Boubacar Keita. We signed a $50-million development policy operation to help Mali recover from crisis, and the events in Bamako reminded me once again of the resiliency and determination of African communities to make better lives for themselves, even in the face of great adversity. It just reinforces my belief that Africa is transforming itself before our eyes. This is an excellent post on the latest donor support for Somalia. Many thanks!

Looking at the Bank's engagement in Somalia, Mali and other troubled countries in Africa and over the world, provides us with a clear perspective on the Bank's comparative advantage. It is in the reflection of this line of work that our new global strategy makes a lot of sense. Congratulations to a well written and informative article that will motivate staff in times of what may be significant internal change. Despite the change, we still have to deliver on our important work program.

Yes! Finally something about mission.

You can certainly see your expertise within the work
you write. The arena hopes for more passionate writers like you who are not
afraid to mention how they believe. At all times go after your heart.