5 reasons why water is key to sustainable development

March 22nd is World Water Day. We’ve already covered 7 things you may not know about water so here a 5 more facts showing the links between water and health, energy, the climate, agriculture and urbanization. But first:

This is every river and waterway in the contiguous United States 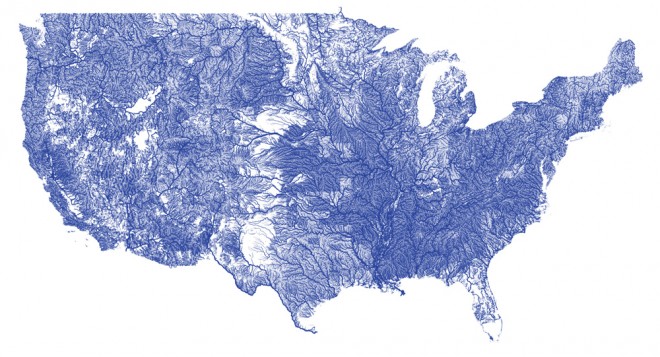 Nelson Minar produced this incredible map using data from the USGS National Hydrography Dataset. It includes some waterways that are dry most of the year but still have defined creek beds, and like veins running through the human body it shows how fundamental water is to the country’s ecosystem.


As of 2012, a billion people across the world didn’t have access to a toilet. Although more than 1.9 billion people gained access to improved sanitation facilities between 1990 and 2012 (which include toilets, pit latrines and pour flush latrines) there continues to be a large difference in access between rural and urban populations. The economic costs of poor sanitation amount to billions of dollars annually.

2) Water consumed during energy production is projected to rise 85% by 2035.


Water is essential to energy production: from the the extraction, transport and processing of fossil fuels to the irrigation needed for crops used to produce biofuels. According to the IEA’s 2012 World Energy Outlook report, global energy consumption will increase 35% between 2010 and 2035. Over the same period, they forecast an 85% increase in water consumption (water withdrawn but not returned to its source). This assumes a move towards more water-intensive power generation and the increased use of biofuels. You can learn more about the energy-water challenge from the World Bank’s Thirsty Energy Initiative. 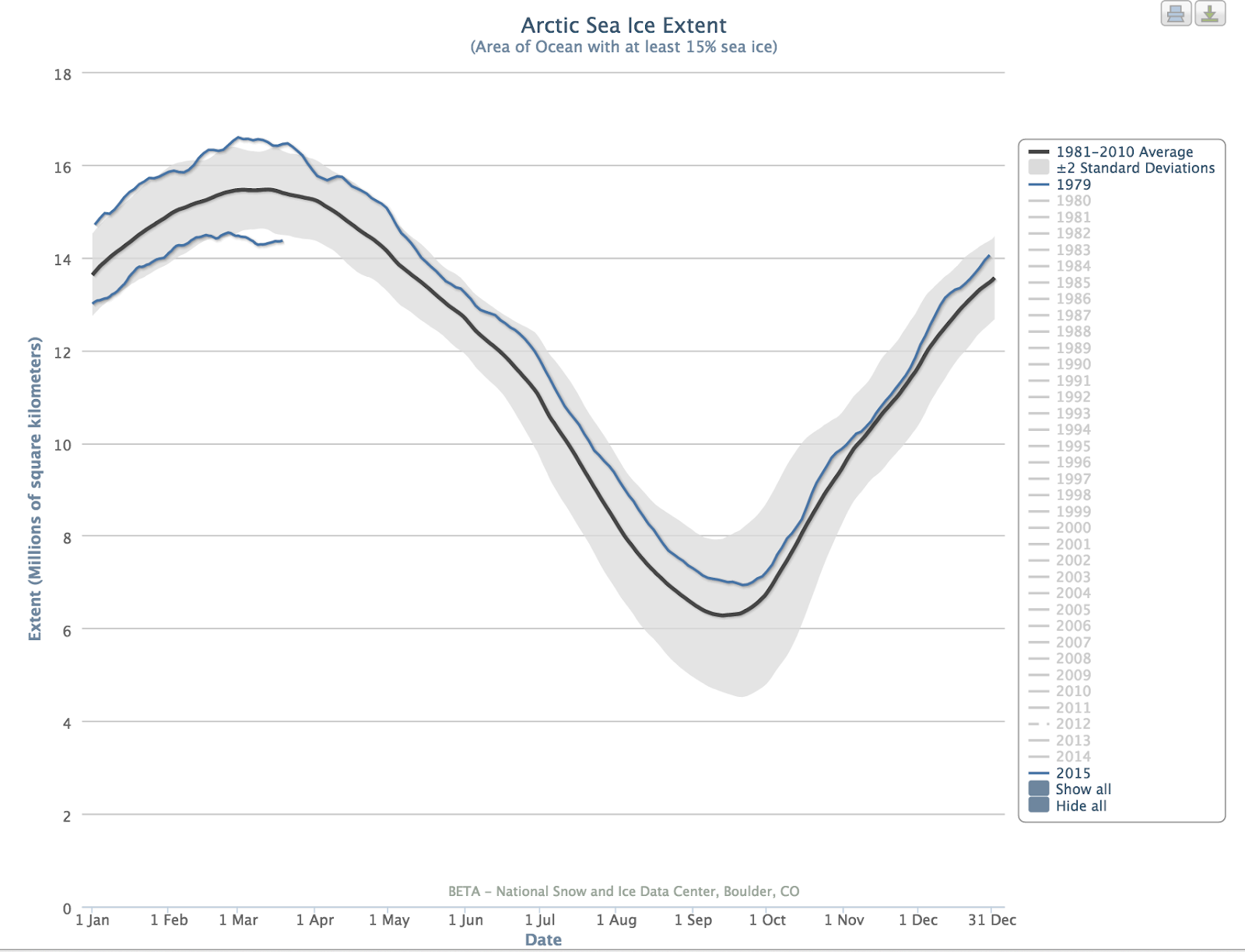 Sea Ice Volume is an important climate indicator and depends on both ice thickness and extent (the area covered with at least 15% sea ice and which varies by season). According to The National Snow and Ice Data Center (NSIDC) on February 25, 2015 arctic sea ice likely reached its maximum extent for the year, at 14.54 million square kilometers. This year’s maximum ice extent was the lowest since satellite records began in 1979. You can read more about the current and projected water-related effects of climate change in the World Bank’s Turn Down the Heat Report.

And as a bonus, here’s a GIF from an NSIDC video showing Arctic sea ice from September 1979 to September 2014:

Globally, more than 70% of freshwater drawn from lakes, rivers and underground sources is used for irrigation and agriculture - in low-income countries, this figure is 90%. Due to increased demand, global per capita freshwater supplies have declined by nearly half over the past 45 years. As the world’s population grows to an estimated 9.6 billion by 2050, meeting the growing demand for food will require using agricultural inputs more efficiently.


By 2030, it is anticipated that the urban population in developing countries will be some 3.9 billion people. Population growth becoming largely an urban phenomenon concentrated in the developing world. Although access to water sources in urban areas is good, as UN Water notes, these estimates do not take into consideration service quality and issues of intermittent supply, disinfection or affordability.

Why is water important to you?

You can visit the World Bank Water team’s page to find more data and resources about water issues. And if you’ve not already seen it, check out the #wateris campaign on Twitter and perhaps take a moment to share why water is important to you.

#WorldWaterDay @WorldBank: For these @WorldBankWater colleagues, #water is much more than a job. #WaterIs: pic.twitter.com/oyTsE0iWsg