7 Things You May Not Know About Water 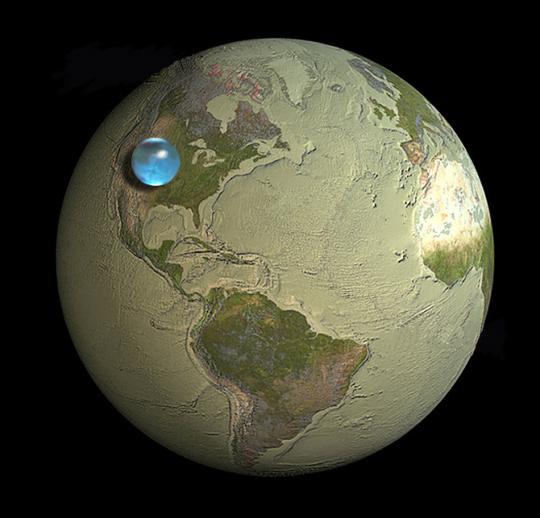 This image from the US Geological Survey shows what would happen if all the Earth’s water - everything from oceans and seas to ice caps, lakes and atmospheric vapor - was removed from the surface and combined into a single sphere.


Of the 1.4 billion cubic kilometers of water on Earth, 35 million or about 2.5% of the total volume is freshwater. Only about 0.3% of this freshwater is easily available for humans to use - the rest is frozen or underground.

That leaves about 100,000 cubic kilometers of freshwater for humans to use.


3) There are about 6 olympic swimming pools of accessible freshwater per person. 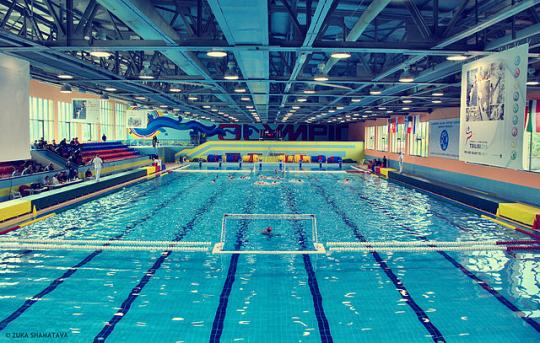 If the total usable freshwater supply for humans is about 100,000 cubic kilometers, then for every one of the 7 billion people on earth, there’s about 15,000 cubic meters of water or 6 Olympic sized swimming pools full.


While there are 15,000 cubic meters of freshwater per person globally, this water is not evenly distributed.

(Yes, East Asia has a huge population which makes the per-capita figure look low, but when you look at freshwater volume alone, it’s clear Latin America has a lot of it.)


We know freshwater is unevenly distributed across the globe, but there are differences in access within countries and regions.

An “improved water source” refers to something like a household connection, public standpipe, borehole, protected well or spring. “Unimproved sources” include vendors, tanker trucks, and unprotected wells and springs. “Reasonable access” is defined as the availability of at least 20 liters per person per day from a source within one kilometer of a dwelling.

In 2000, less than 50% of people living in rural Sub-Saharan Africa had access to an improved water source. In urban areas, this figure is over 80%.

In 2011, the world used around 3,900 cubic kilometers of freshwater - 70% of this water was used in agriculture - for maintaining livestock and irrigation, 20% was used for industrial purposes and 10% accounted for domestic water use. 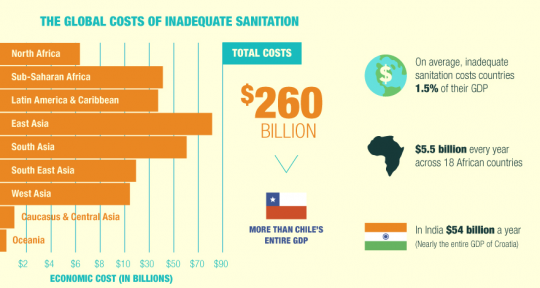 According to estimates by the World Bank and WHO, in 2010, inadequate water supply and sanitation resulted in US $260 Billion of global economic losses, largely in the form of time savings and health improvements.

This blog is very informative and useful. It could be more useful if it could include (1) suggestions how better use the freshwater to reduce the human costs; (2) how sustainable of the freshwater for agriculture and human use; (3) what are the global wariming effect on the waters and how the 7 billions people contribute to better conserve it.

Agriculture R&D is needed to improve efficiency of water use

Well water is life there is no amount of money that's enough to solve water problems all over the world, therefore governments all over the world should ensure more enough budgetary allocations are made for water and its associated factors such as dams, irrigations, accessibilities for other uses.

I think human will get freshwater from the sea effeciently by solar sometime in the future.

It is good that we be reminded of the wonders of this earth but also of its limitations and consequences for our specie.

Thank you,
very good but I can not see this completely!
please e.mail this article to me.
Regards,
Ramin Aminizare
Tehran.

We should intensify efforts to our fresh water resources protection and rational utilization.

Very interesting information. Thanks!
Thinking about the small percentage of freshwater available for use. Moreover, water quality is a major issue!