Five forest figures for the International Day of Forests

This is part of a series of blogs focussed on the Sustainable Development Goals and data from the 2016 Edition of World Development Indicators.

Forests are key to climate, water, health and livelihoods, and to mark the International Day of Forests, we’ve taken a look at the upcoming World Development Indicators 2016, and highlighted some trends in how forest cover has changed in the last 25 years.

In the last 25 years, the world’s forests shrank by 1.3 million square kilometers. Which means that since 1990 the world’s lost more forest area than the size of South Africa.  Another way of thinking about it: since 1990, we’ve lost the equivalent of 1,000 football fields of forests every hour.   Or about 800 soccer pitches an hour if that’s your thing. 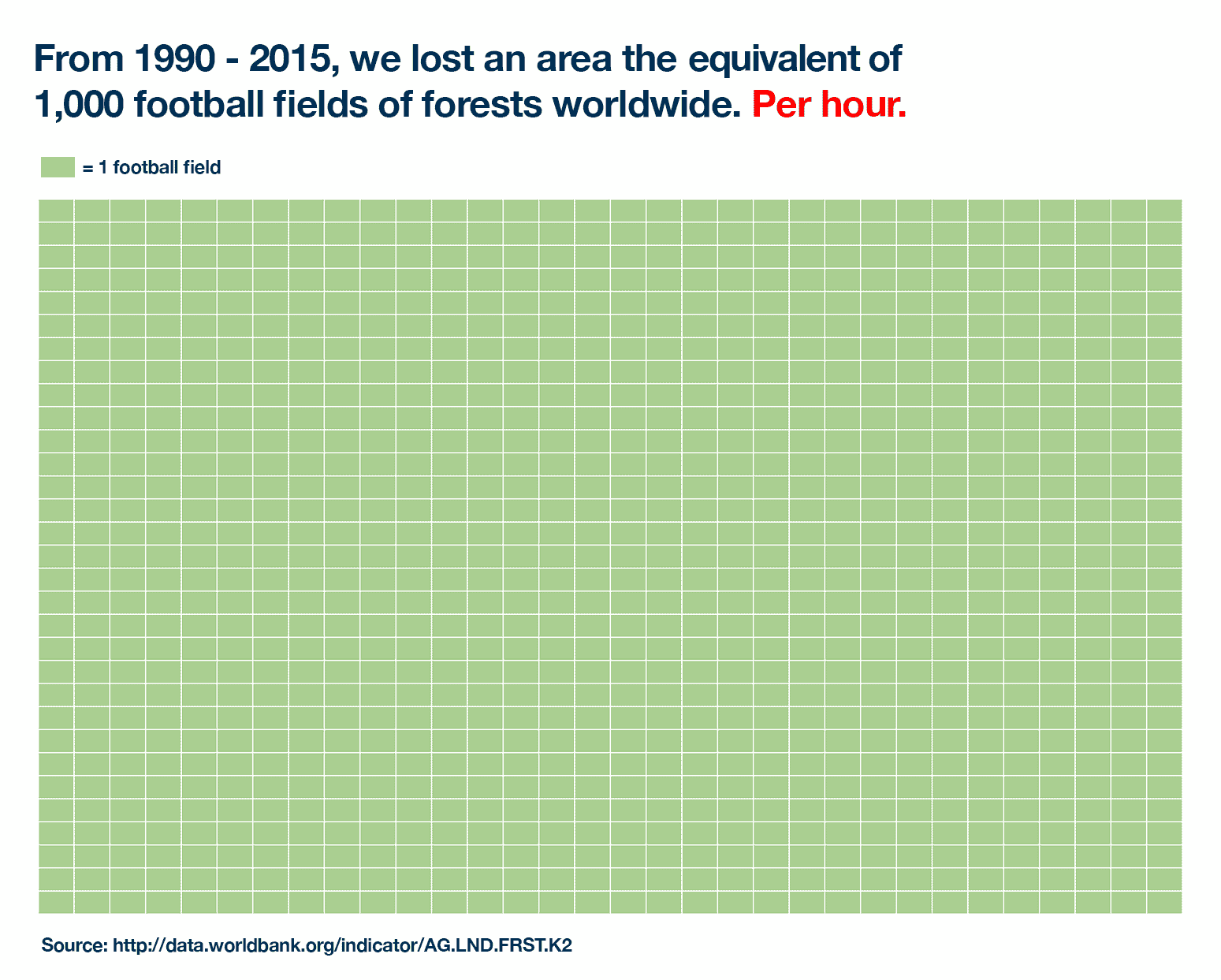 When we break things down by region, Latin America & the Caribbean has the world’s second largest share of forests (after Europe & Central Asia), with about one quarter of the world’s total. Since 1990, the region has lost some 970 thousand square kilometers – 10 percent of its forest area.


If you really want to look at where the world’s forests are, I’d highly recommend visiting the Global Forest Watch interactive maps. Based on country-level statistics though, it’s unsurprising, yet still striking, that the world’s largest countries also have have the largest forest areas - seven of the ten countries above are among the top-10 largest countries by land area.

By 2012, more than 14% of the world’s land had been nationally protected


Protected areas - both terrestrial and marine are critical for the protection of key biodiversity efforts that would otherwise face decimation due to the pressures from the demand for food, materials, and energy.

Many countries have designated a share of their land and marine areas as protected areas to preserve valuable habitat and the plant and animal species that live there. By 2012, more than 14% of the world’s land area and about 10% of its territorial waters had been protected.  As of 2012, Latin America and the Caribbean and Sub-Saharan Africa had the largest areas of protected land.

You can find more data on forests in the World Development Indicators and don’t forget to check out our new beta Open Data Site.

Indicators used for the blog:

Data from the World Development Indicators and Food and Agriculture Organization: