Food commodity prices continued their upward momentum through early May 2021, driven by supply shortfalls, strong demand for feed commodities by China (especially maize and soybeans), and a weaker U.S. dollar.  The World Bank’s Grain Price Index jumped to a 7-year high in April. The index rose nearly 18% from January to April 2021 and stands more than 25% higher than a year ago. Similarly, the Oil and Meal Price Index reached an almost nine-year high in February, up nearly 50% from a year ago.

Global food supplies are expected to grow in 2021-22. Global production of the three main grains (wheat, maize, rice), which is on track to grow by 1.2% this season (September 2020 to August 2021), is expected to increase an estimated 3.2% (or 76 million metric tons (mmt)) during 2021/22 , according to the U.S. Department of Agriculture May 2021 update. Similarly, global supplies of the major edible oils are projected to grow by 2.5% (or 5.7 mmt). Both of these growth rates are close to their long-term averages. 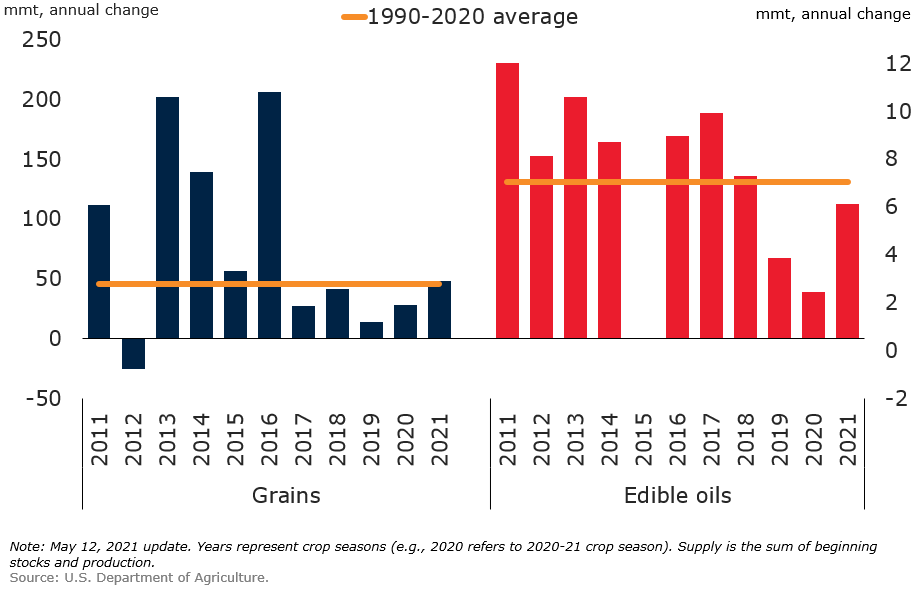 Demand from China has increased consumption of some grains and oilseeds. China’s demand for animal feed as the country rebuilds its hog population after its bout of African swine fever has supported demand for some commodities, notably maize and soybeans. China’s maize consumption is expected to exceed 25 mmt, both this season and next, much higher than the 10-year average of 3.6 mmt. Soybean demand is also expected to be robust.

The weakening of the U.S. dollar is partly responsible for driving food prices higher. During the 12 months ending April 2021, the World Bank Food Price Index gained nearly 32%, whereas the U.S. dollar (measured against a broad basket of currencies) depreciated by 9%.  The depreciation lowered most food commodity prices in domestic currencies which, in turn, induced supply contractions and demand increases. 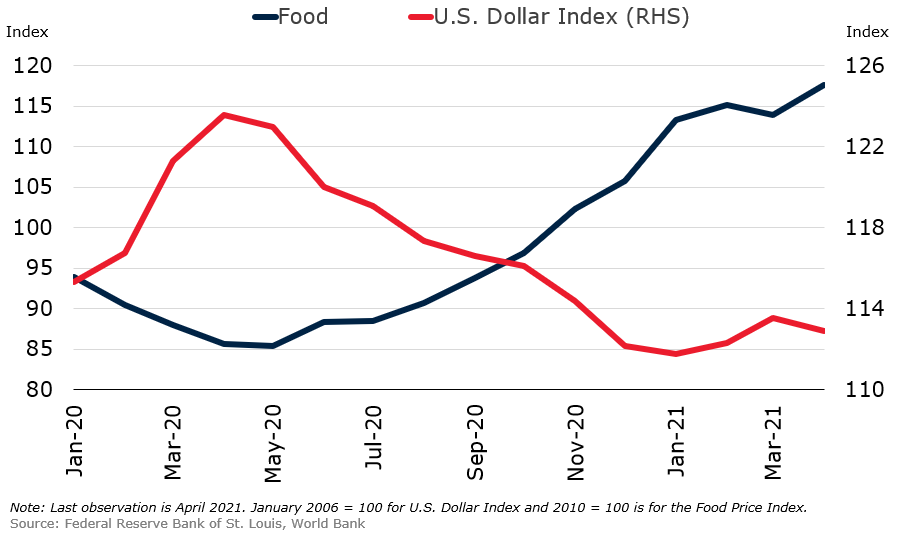 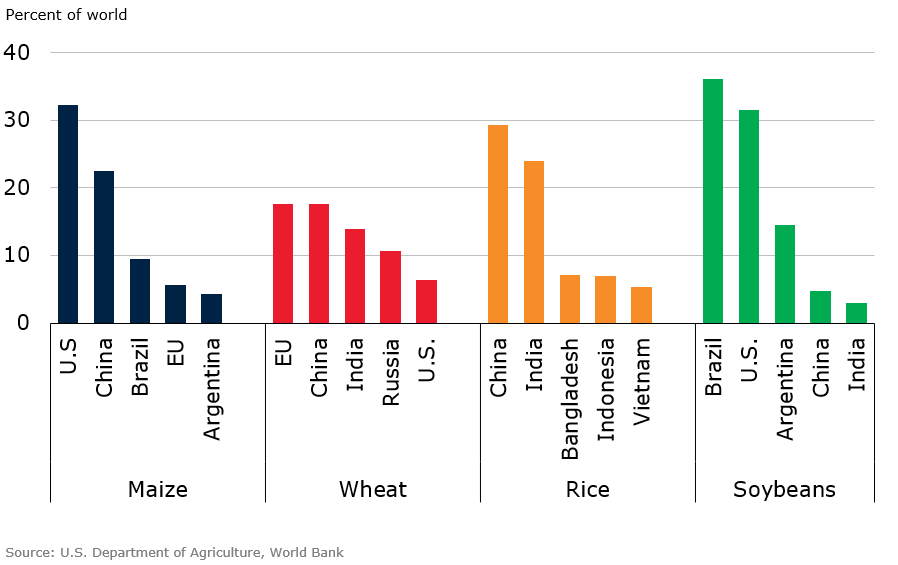