From Participation to Opportunity in Women's Work: What Data Tell Us 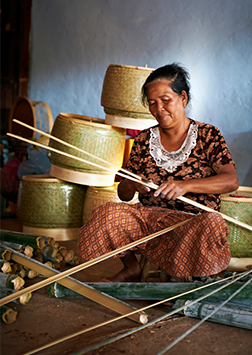 A new World Bank report, Gender at Work, emphasizes the need for multidimensional assessments of gender equality in the world of work. A fuller picture of the problem lends to more comprehensive policy solutions.

It is tempting to use a single indicator as the gauge of a country’s standing on gender equality and women’s economic empowerment. None is more alluring than labor force participation. It is consistently available and provided yearly for the vast majority of countries—currently 183 out of 214 on the Gender Data Portal. This is an exception in the universe of economic gender indicators, which are often patchy, irregular, and unreliable. However, this leaves an incomplete and even misguided impression of how countries fare.

It is certainly true that women fall well behind men on participation. Globally, women’s labor force participation has in fact fallen two percentage points from 57 percent in 1990 to 55 percent in 2012. Yet, in some of the world’s poorest countries, such as Rwanda and Tanzania, women have participation rates close to 90 percent. This does not mean that women are employed in good jobs, farming productive crops, running profitable enterprises, or that they are earning as much as their male counterparts. To the contrary, women in Tanzania, as with other low-income countries, are more concentrated into informal work, subsistence agriculture, and trade while men dominate wage and formal sector employment, particularly in manufacturing, construction, transport, and finance.* In extreme poverty, women’s labor force participation is often a better reflection of necessity and survival than choice and opportunity.

The graph in Figure 1 illustrates the importance of a multidimensional appraisal of a country’s standing with the 10 largest developing countries for which we have data. These countries represent one-third of the world’s population. In all countries given, women are less likely to be in the labor force, and, in all but Brazil, working women are less likely than working men to be employed in wage jobs. Notably, in Turkey, gender wage gaps appear to be relatively small, but there are large disparities in participation and employment in wage jobs. 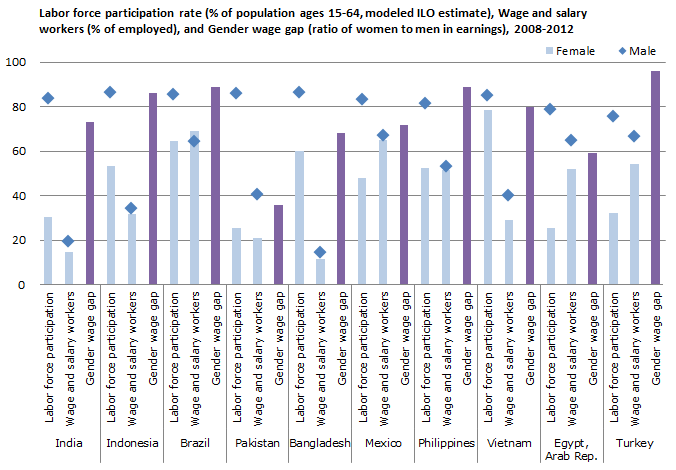 Figure 1. A multidimensional perspective to gender equality in the world of work is needed
Source: Gender at Work, World Development Indicators and WDR 2013 statistical annex (for wage gaps, except Mexico’s, which comes from UN Statistics).

In every region but Europe and Central Asia, Gallup data show that working women are less likely than men to be employed in full-time wage employment for an employer (Figure 2). These jobs are typically associated with higher earnings, better protections, and greater subjective wellbeing. Similarly, Gender at Work presents substantial evidence of gender gaps in terms of earnings, types of jobs, sectors of work, farmer productivity, and entrepreneurs’ firm sizes and profits, among other dimensions.

Among economies with data, Figure 3 shows pervasive gender gaps favoring men with respect to status as employers. Yet only 37 developing economies reported this indicator in 2011-2012. As with so many other critical measures of gender equality in the world of work, this translates to a blind spot for countries’ capacity to concentrate not only on women’s participation, but also equal economic opportunities more broadly. Gendered data on earnings and characteristics of jobs are especially sparse for the informal economy where the majority of the world’s poor works. A lack of gender data on different dimensions of work means less capacity to diagnose multidimensional problems and monitor progress over time. 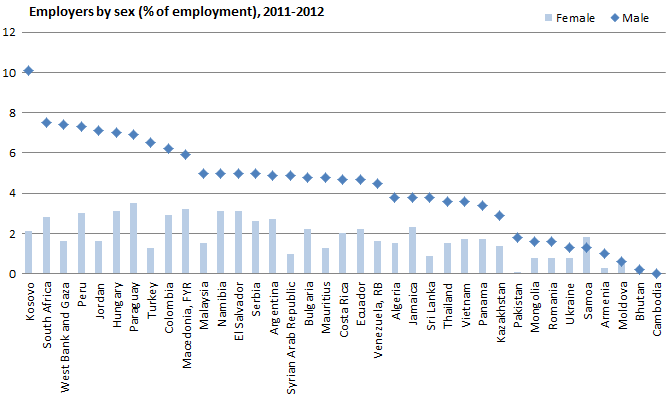 Figure 3. Working women are less likely to be employers in nearly every country with data
Source: World Development Indicators

There is promising momentum on the data front, but governments need to make gendered data a policy priority. To this end, the report highlights pressing data gaps, including those prioritized by a UN initiative as minimum gender indicators. See Gender at Work for a broader discussion on data, as well as the multiple constraints that underlie inequality in the world of work, and policy and private sector approaches for addressing them.