Two weeks ago, at least 62 young Gambians died after their boat capsized off the coast of Mauritania while attempting to reach Spain. Days later,another migrant boat carrying nearly 200 people from the tiny West African country was intercepted by the Mauritanian coastguard. One survivor who swam to safety from the shipwreck told journalists that he was prepared to risk his life again as getting to a European country offered "the only solution" to escape from poverty.

The International Organization for Migration (IOM) recorded more than 22,400 migrant deaths between 2000 and 2014. The number of such deaths has been increasing between 2014 and 2019, with more than 19,157 migrant deaths in the Mediterranean. 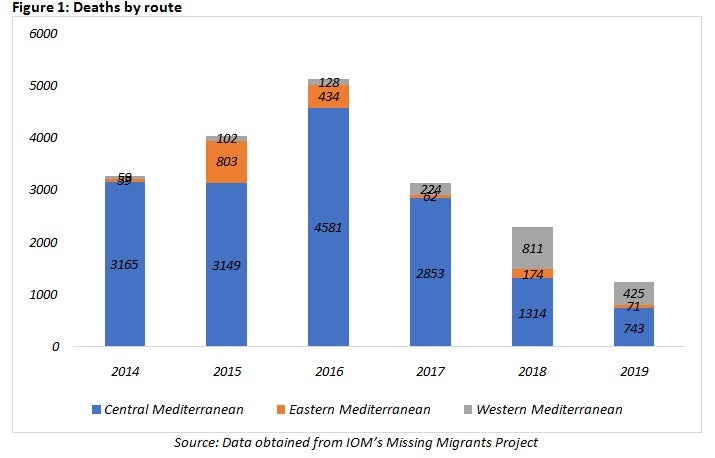 Despite all these dangers and news of deaths, the Central Mediterranean route to Europe remains the main entry point for irregular migrants from Africa. In 2017 alone, a total of 101,448 African migrants were recorded to have arrived in Italy through the Mediterranean Sea according to data from the European Border Agency (FRONTEX). At the country level, 46,199 Gambian migrants entered Europe through the Mediterranean Sea between 2009 and 2019. This represents about 3.85% of the country’s population making the Gambia the African country with the highest rate of irregular migration to Europe.

This pattern of irregular migration from the Gambia reflects the lack of economic opportunities in the country compounded by a deeply embedded mindset that values international migration as a livelihood strategy and a means of achieving personal goals and social prestige. Growing up in the Gambia, I have experienced first hand how strong the desire to migrate can be in the face of extreme poverty coupled with increased social pressure. Based on a field experiment in the Gambia,Bah and Batista (2019) find that potential migrants overestimate the risk of dying en route to Europe and their likelihood of migration increases by 2.29 percentage points when provided with official estimates on the death risk of irregular migration. It should not be very surprising that in a country where economic opportunities are missing, and poverty is widespread, potential irregular migrants are willing to accept substantial risk of death. These group of migrants are also less responsive to stricter immigration policies in destination countries than potential regular migrants.

This highlights the need to promote safe and regular migration as well as the need to address the root causes of irregular migration. In the words of the British Somali poet, Warsan Shire, no one leaves home unless home is the mouth of a shark. You only leave home when home won't let you stay. Creating jobs and economic opportunities in home countries gives potential migrants less incentives to engage in this risky journey.